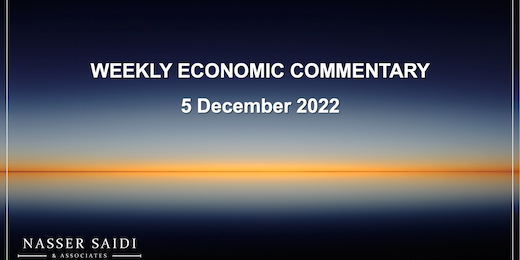 US equity markets posted second consecutive weekly gains following hints from the Fed about slowing the rate hikes though payrolls data will likely add some pressure. Major European equity markets ended slightly in the red. MSCI Emerging markets index had their best month since 2009 as Chinese and Asian markets turned around thanks to signs of easing Covid restrictions in China. Risk views however remain varied, as the global yield curve inverted for the first time in two decades. Regional markets were mixed, with Egypt the best performer amongst them. Oil markets remained a focus during the week with the decision on the Russian oil price cap (decided at USD 60 per barrel), as well as the OPEC+ meeting (oil output levels will remain steady). 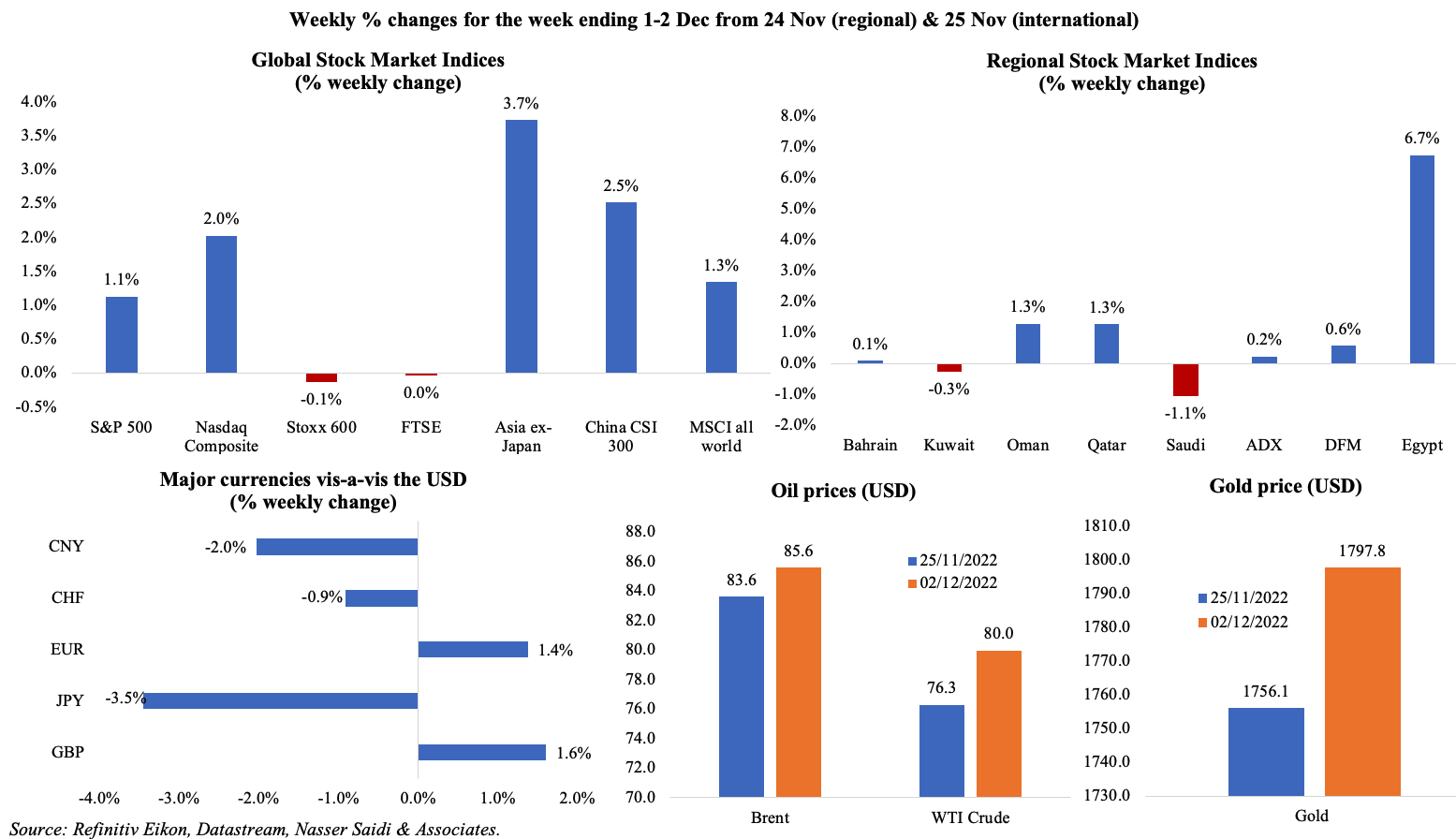 Bottom line: Global manufacturing PMI fell to 48.8 in Nov (Oct: 49.4), the lowest level since 2020, with the underlying message being weak demand amid a renewed fall in employment. Extremes were evident with Asian nations reporting higher production volumes (except in China and Japan) while Europe reported the steepest downturns. With more central bank meetings from the Fed, the ECB and Bank of England left before the end of the year, and questions related to peak interest rates, markets are unlikely to remain calm especially in the backdrop of China’s easing restrictions. It is important to note that even though easing is underway, it will take a while before “normalcy” is achieved (perhaps Q2 or even as late as Q3 2023), especially given the low levels of vaccination among the elderly and with Chinese New Year festivities in Jan 2023.

The humbling of Xi Jinping

Why the World Cup’s first stage has been surprisingly even