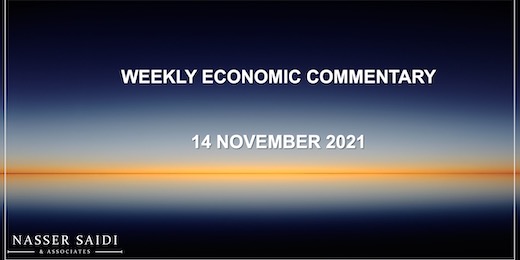 Most equity markets ended on a positive note last week: US Nasdaq regained after posting a 1.7% drop on Wednesday while the S&P 500 is less than 1% from peak; European shares, closed higher for the 6th consecutive week, and touched new records given strong earnings performance (STOXX, Germany’s DAX, France’s CAC40). However, the key question being asked is whether the rising inflationary pressure would tip the Fed to tighten monetary policy earlier than anticipated. Regional markets were mostly up, with Dubai and Abu Dhabi leading the gains with the latter touching a new record high on Thursday. The dollar strengthened: the euro dropped to its weakest against the dollar since Jul 2020 and the British pound fell to its lowest since Dec 2020. Gold prices gained by 2.6% – the biggest weekly gain in 6-months, while oil prices fell for a third consecutive week on a stronger dollar. 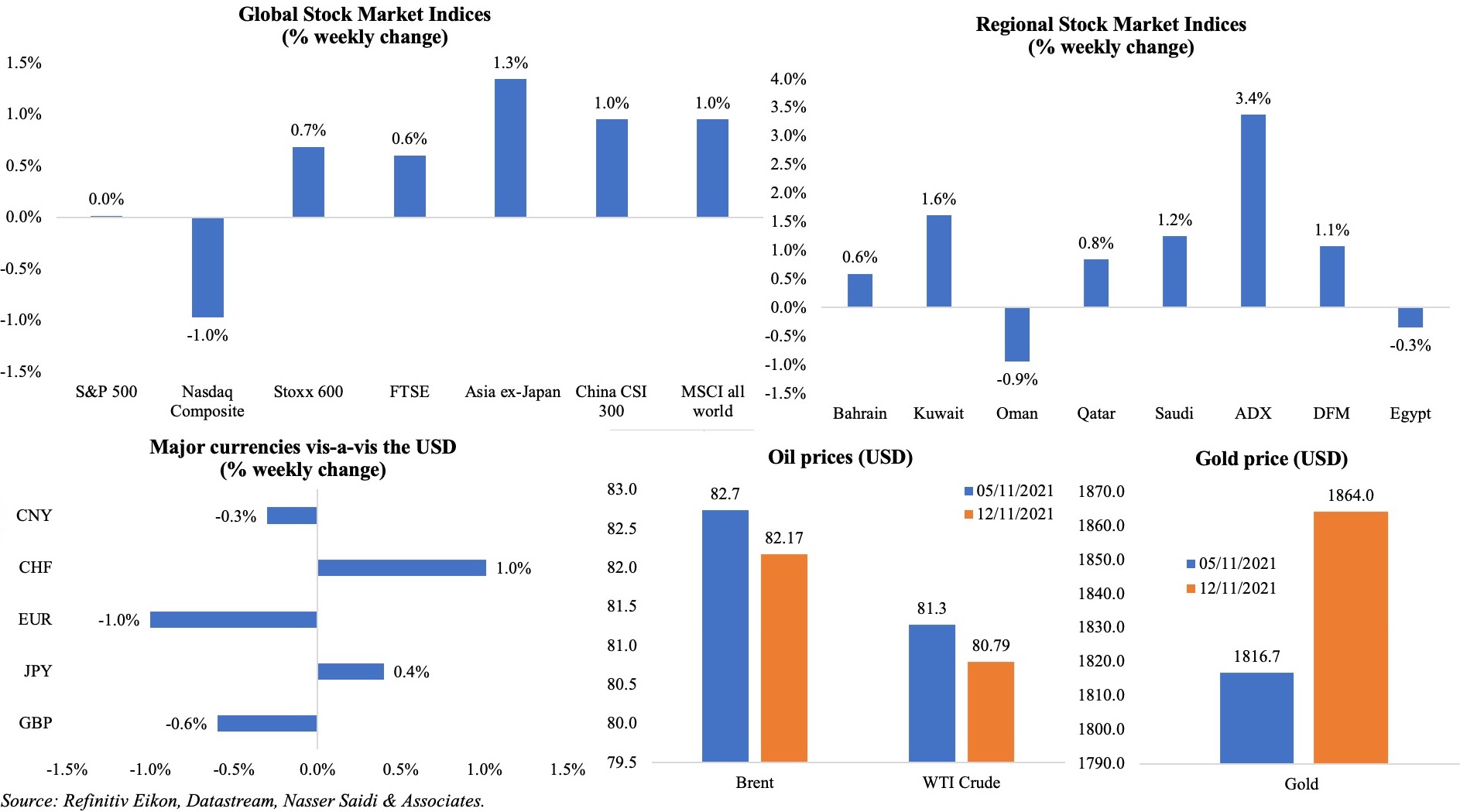 Bottomline: COP26 wrapped up in disappointment, with a last-minute objection (from India and China) resulting in weaker commitments to phase out coal use and end fossil fuel subsidies. The final deal set rules for carbon markets, but fell short of rolling out a global carbon tax or rolling out sufficient support for developing nations’ energy transitions. Now, with inflation showing no signs of abating in the US, eyes will be on the UK inflation print out this week (estimated to be at a decade high); the Bank of England will also be looking at labour market data before deciding on a rate hike (especially in view of the ongoing Brexit dispute with the EU). Separately, Covid19 cases are on the rise again in Europe and with harsh winter months setting in, some nations are already imposing partial lockdowns. It remains to be seen if there will be another global wave or spillovers given the relatively lower travel restrictions/ quarantine requirements internationally.

The reinvention of the Saudi economy is going slower than planned

Americans Are Flush With Cash and Jobs. They Also Think the Economy Is Awful: NYT