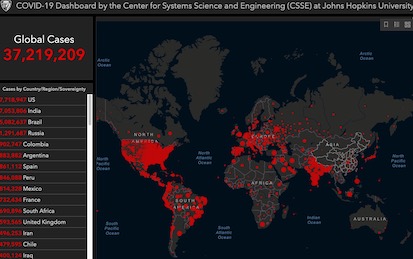 Markets
Stock markets had a good week: US ended higher on the revival of fiscal stimulus talks (in spite of Trump’s announcements ranging from Tuesday’s shelving talks, followed by aid to certain sectors and the latest “Go Big!”) while in Europe, Stoxx 600 marked a 2.1% rise – the largest since Aug, in spite of glum economic data; as China’s data indicate a rebound from the Covid19 crisis, markets were up 2%. Regional markets were mixed, with Kuwait gaining the most given clarity on the succession plan, as well as the central bank’s commitment to the strength of the dinar. The dollar weakened while onshore renminbi posted its biggest one-day rise (aided by foreign demand for Chinese assets and expectations of improved relations with the US under Biden) since 2005. Oil prices increased (amid concerns of supply as Hurricane Delta approaches), as did gold prices.
Weekly % changes for last week (8-9 Oct) from 1st Oct (regional) and 2nd Oct (international). 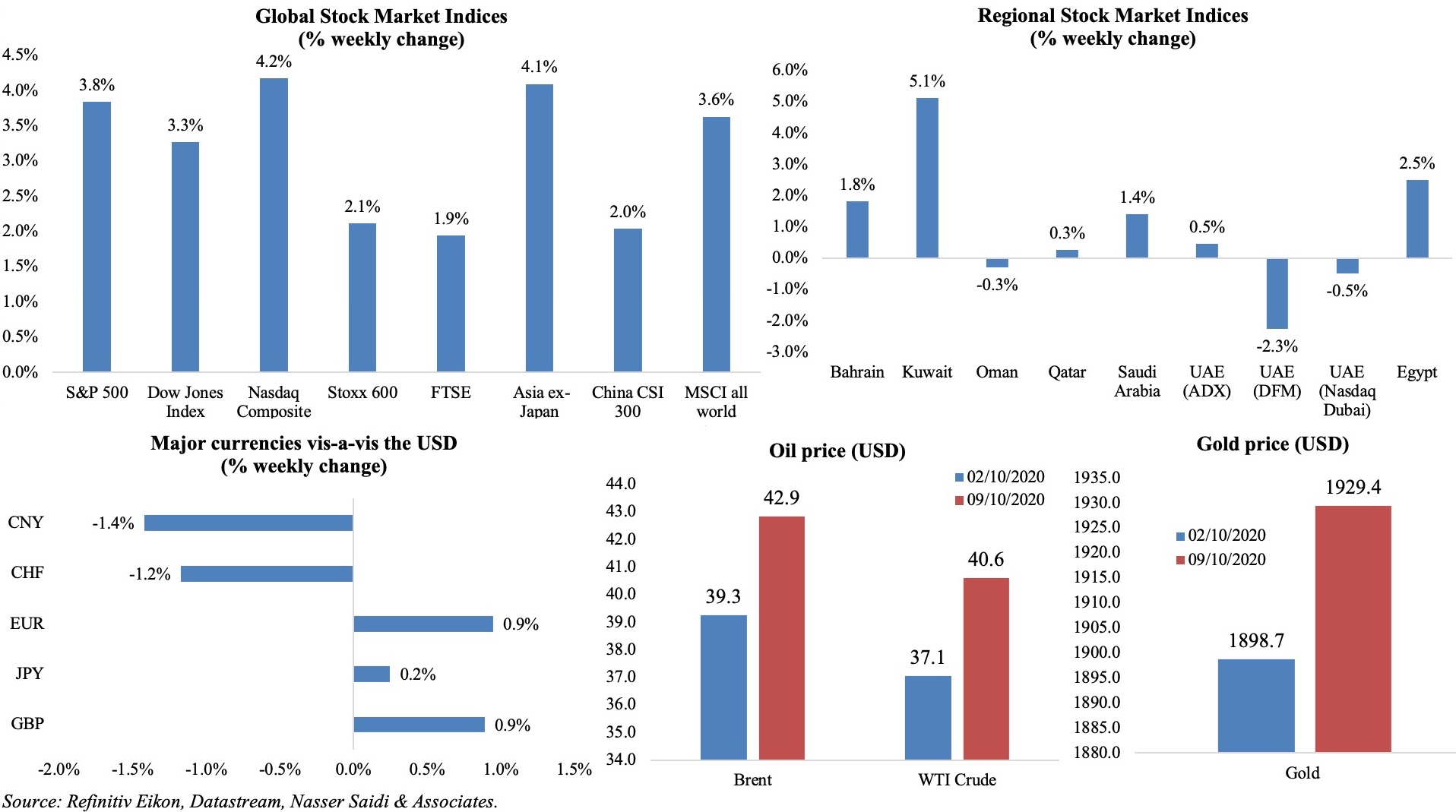 Bottom line: Covid19 cases are surging across many parts of the globe, and new restrictions are being enforced – be it from UK and Spain in Europe to Jordan and Oman in the Middle East. With economies not having fully recovered from the initial lockdown period, it is little wonder then that the latest PMI data from Europe show a dip in the services sector. Separately, with the US election date approaching fast, the Vix volatility index (sometimes referred to as the “fear gauge”) dropped to the lowest level in 3 weeks, on the declining likelihood of a contested election as Biden widened his lead (FiveThirtyEight signaled that Biden’s lead increased to 9.8 ppts from 7.1 at end-Sep). Politics continue to be in the limelight in UK as well, with the state of Brexit negotiations to be evaluated during the EU Summit (Oct 15-16). Last, but not the least, IMF-World Bank meetings are on this week: be prepared for revisions to economic growth numbers and a push for further debt relief (especially given the World Bank’s scathing finding that the pandemic could push an extra 150mn people into extreme poverty by 2021).
Regional Developments