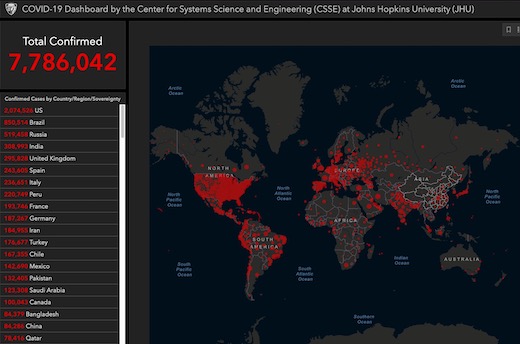 Weekly Insights: A strange week of sorts – from World Bank and OECD’s growth projections to a new group of Robinhood investors playing the stock markets, to the equity sell-off on Jun 11th to Fed’s “not even thinking about thinking” about rate hikes, to massive layoffs closer home in the UAE – we pen some forward-looking “positive” thoughts on how the GCC economies can refocus, regroup and push forward its diversification agenda in a Covid19-co-existing world.
Markets
Renewed fears of the pandemic resulted in a sell-off on June 11th – all three major U.S. stock indexes posted their worst day since mid-Mar; the Vix rose above 40, its highest close since Apr 23 (Vix: tmsnrt.rs/2Yl9tGo). S&P ended the week down 4.8% (the worst in 3 months) while European and Asian markets also closed lower versus the week before (world stocks market cap loss: tmsnrt.rs/30zdOIL). Regional markets were mixed, with Dubai and Saudi exchanges the better performers. Demand for the dollar increased and major currencies fell vis-à-vis the greenback. Oil prices fell following 6 weeks of gains on concerns about excess supply (US crude inventories surged to a record high, disclosed the EIA) while gold price posted its biggest weekly gain since Apr. (Graphs in the last section.)
Global Developments
US/Americas:

Bottom line: As the Covid19 cases continue to rise globally (~7.8mn confirmed) – US tops the list followed by Brazil, Russia and India (the latter recording more than 10k cases in a day on Friday) – alarms have been sounded on the economic impacts from Covid19: according to the World Bank and OECD, growth is estimated to contract globally by 5.2% and 6% respectively this year, followed by a slow recovery. Estimates would be more severe should countries be hit by a second wave: Beijing reported a fresh Covid19 cluster while in Iran, Egypt and Saudi Arabia, numbers are still ticking up as restrictions are gradually eased. In Europe where economic activity has resumed (and the tourism sector is scheduled to open up to tourists from June 15th), high frequency data (e.g. Google Mobility data related to work, entertainment, shopping etc.) suggests a slow recovery. The UK – which confirmed it will not extend the Brexit transition period – has both the BoE policy meeting and post-Brexit trade talks on the agenda this week.
Regional Developments

What policy changes do the GCC nations need to implement to support medium- to long-term growth?
The GCC nations are not out of the woods, as a flattening of the curve has yet to happen when it comes to Covid19 confirmed cases. There are however nodes of optimism as the number of recoveries outpace the confirmed cases in a few. Stimulus packages across the GCC have a few measures in common – rate cuts, liquidity enhancing measures, deferring of loans/ credit card payments as well as support for SMEs and affected sectors in addition to direct support for sectors decimated by the outbreak (tourism, hotels & hospitality and airlines to name a few). The effectiveness of these policies remains unknown (for now), given scant data releases.
After almost 2 months of lockdowns, the nations are phasing their recovery plans, with Dubai (UAE) the most aggressive, having reopened its malls to full capacity to opening beaches, parks, restaurants/ hotels, gyms and so on as well as the public sector signaling a “safe to go to work” with the return to full capacity at offices starting today.
The current economic situation underscores the need to create a new development model. Going forward, three broad policy measures should support economic growth: 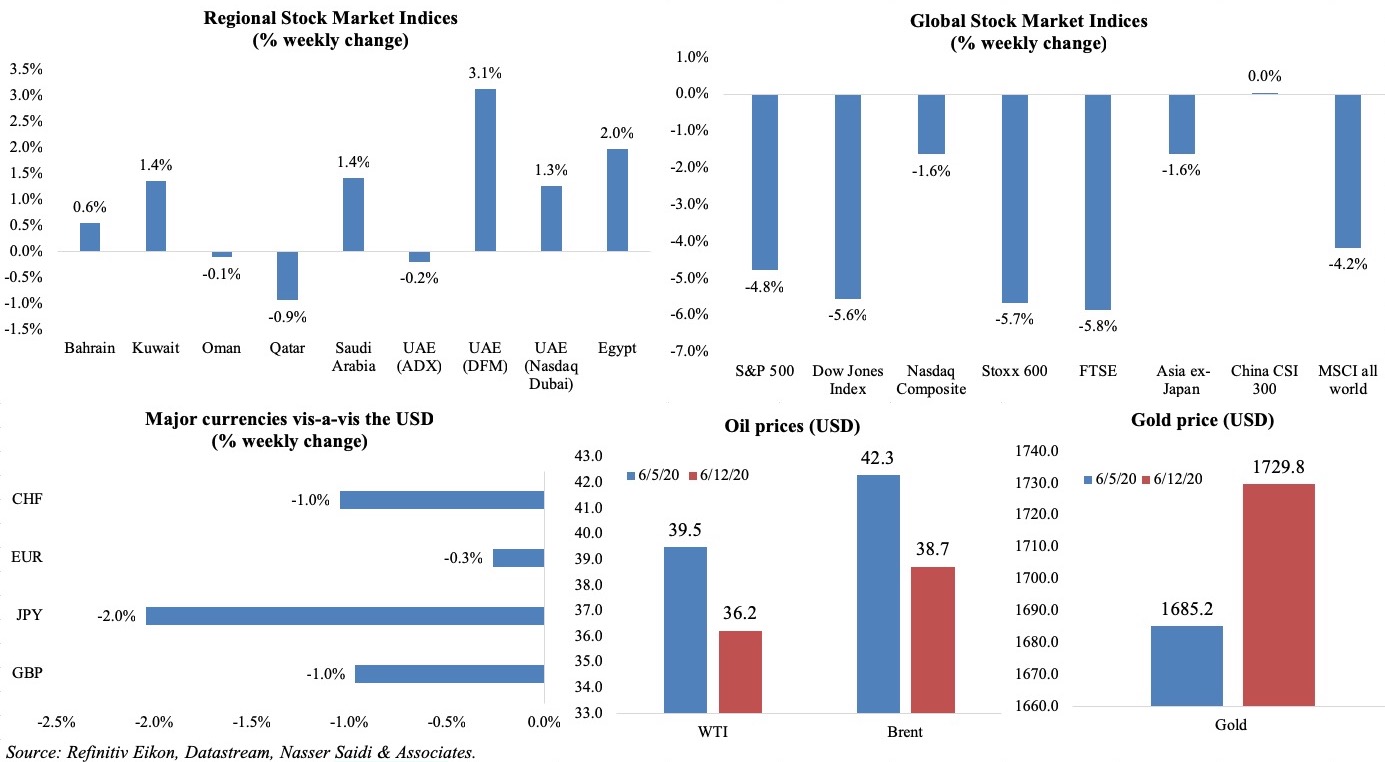