Equity markets dropped across the globe towards the end of last week: US markets posting a slight weekly gain after rallying to new record highs while European stocks gained on bargain buys after the week’s selloffs; Asian stocks hit a 2-month low on the Delta variant scare. Regional markets posted a mixed picture last week, with Oman and Abu Dhabi markets posting gains. Safe-haven currencies yen and swiss franc weakened as risk appetites recovered while the euro edged up slightly. Oil prices posted a weekly loss after rising to multi-year highs during the week given the OPEC+ deadlock and related uncertainty. Gold posted its 3rd consecutive weekly gain, crossing the USD 1,800 mark. 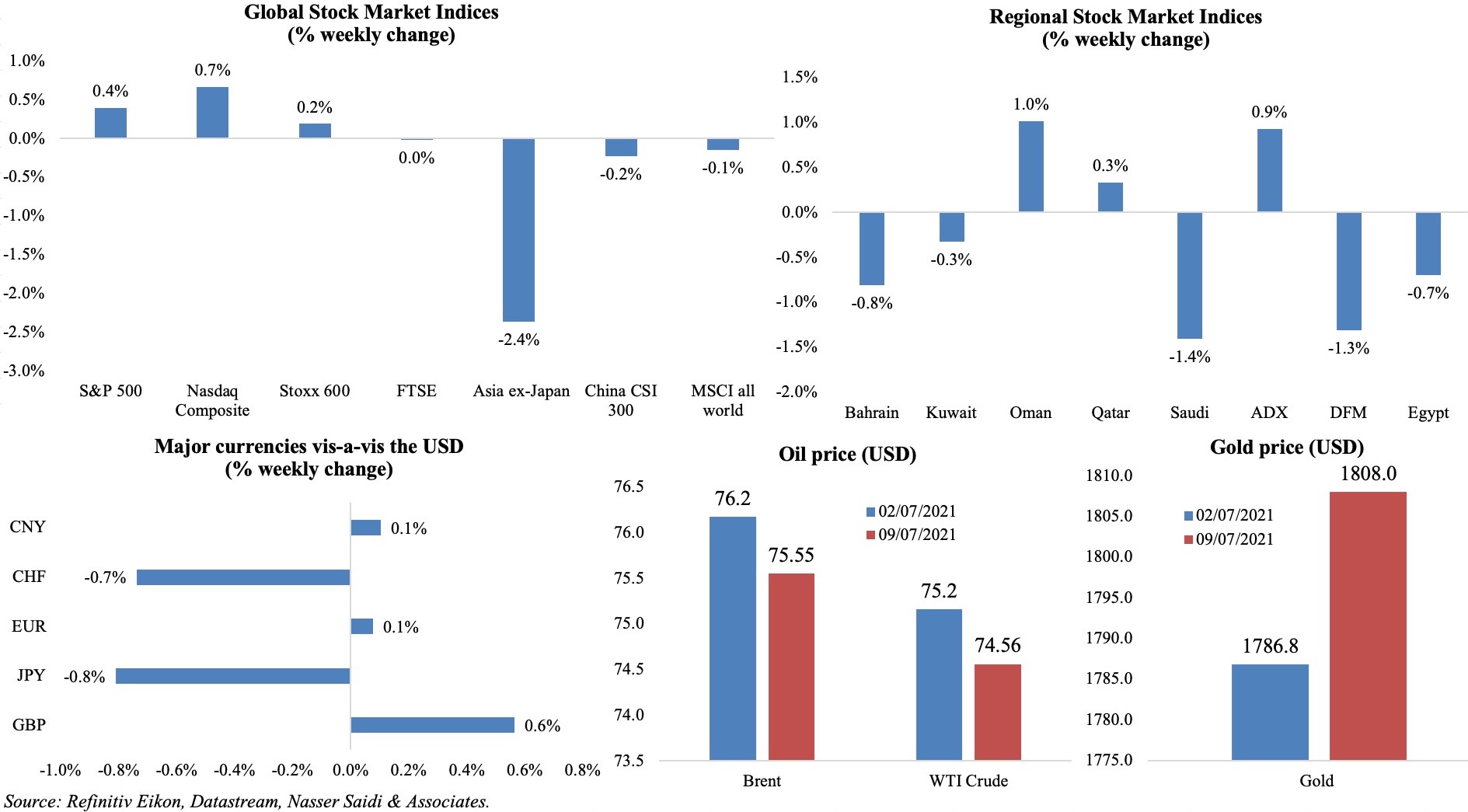 Bottomline: Just as summer travel season begins comes news about fresh surges in Covid19 cases – many European nations that had opened for tourists (including France and Spain) are introducing partial restrictions, while Tokyo Olympics will continue spectator-less. Bouts of new cases in China are dragging down activity in ports and factories and the RRR cut signals concern of potentially slower GDP growth. Meanwhile, the oil prices are on a roller-coaster ride given uncertainties: if current deal holds and there is no new deal, demand is likely to outpace supply driving up prices; if countries begin deciding their own production limits, it could lead to a price war and tumbling oil prices. At this stage, a reasonable solution seems a “temporary” increase in production levels for some producers. At this juncture, oil producers are also asking if oil demand is going to peak sooner than later (given countries’ decarbonization efforts to meet Paris climate goals and growing demand for renewables).

G20 must act now to vaccinate the world

Is the emerging world still emerging?

Which airlines will soar after the pandemic?