1. Global Manufacturing PMI near multi-year highs; PMIs slow in Asia as a more severe wave of the pandemic hits 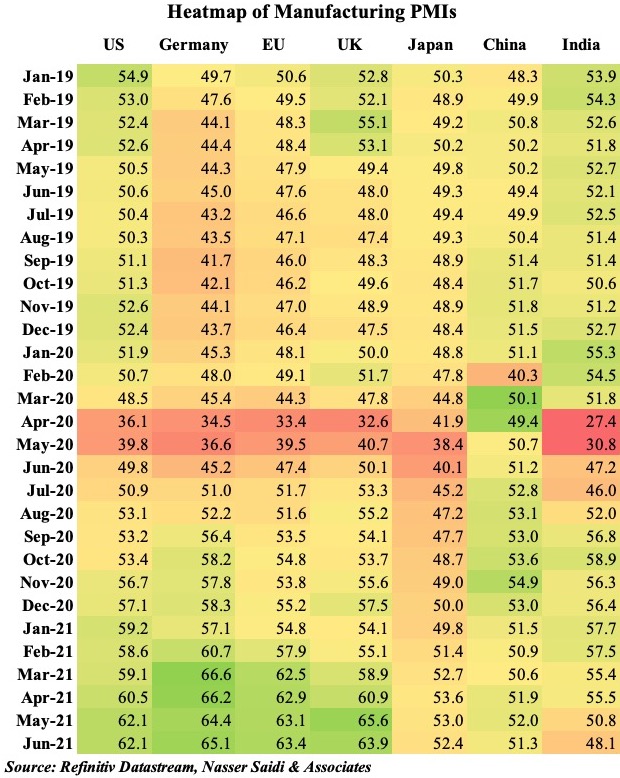 3. Mixed PMI readings in the Middle East: Lebanon and Egypt stay below-50 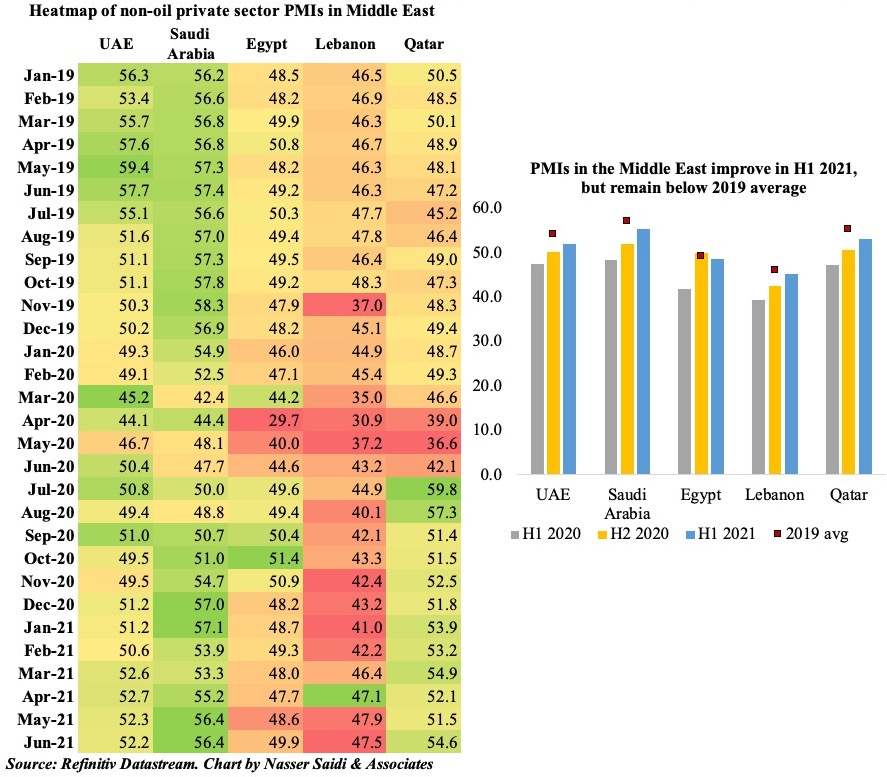 A.On the fiscal side: (a) 5% VAT introduced; (b) expected to phase out water and electricity subsidies by 2025; (c) ongoing discussions re the introduction of income taxes for high-income earners

B.Institutional reforms: two new agencies were established: (a) the Oman Investment Authority to improve management of public assets and maintain oversight of State-owned Enterprises; and (b) Energy Development of Oman to manage and finance investments in energy