Download a PDF copy of this week’s economic commentary here.

Another week of record-highs across equity markets: US indices weekly gains were thanks to upbeat economic data and dovish Fed’s commitment to support recovery; European markets gained despite the slow pace of vaccination while the FTSE100 posted the best weekly performance since early Jan as the country emerges out from lockdown. Among regional markets, Saudi Arabia’s Tadawul crossed the 10k-point for the first time since Nov 2014 last week and Abu Dhabi-based International Holdings Company was on a 13-day gaining streak (See Media Review) and Egypt fell on blue-chip sell-offs. The dollar retreated and had the worst week of the year; crude oil prices dropped, and gold price touched a 1-month peak last Thursday. 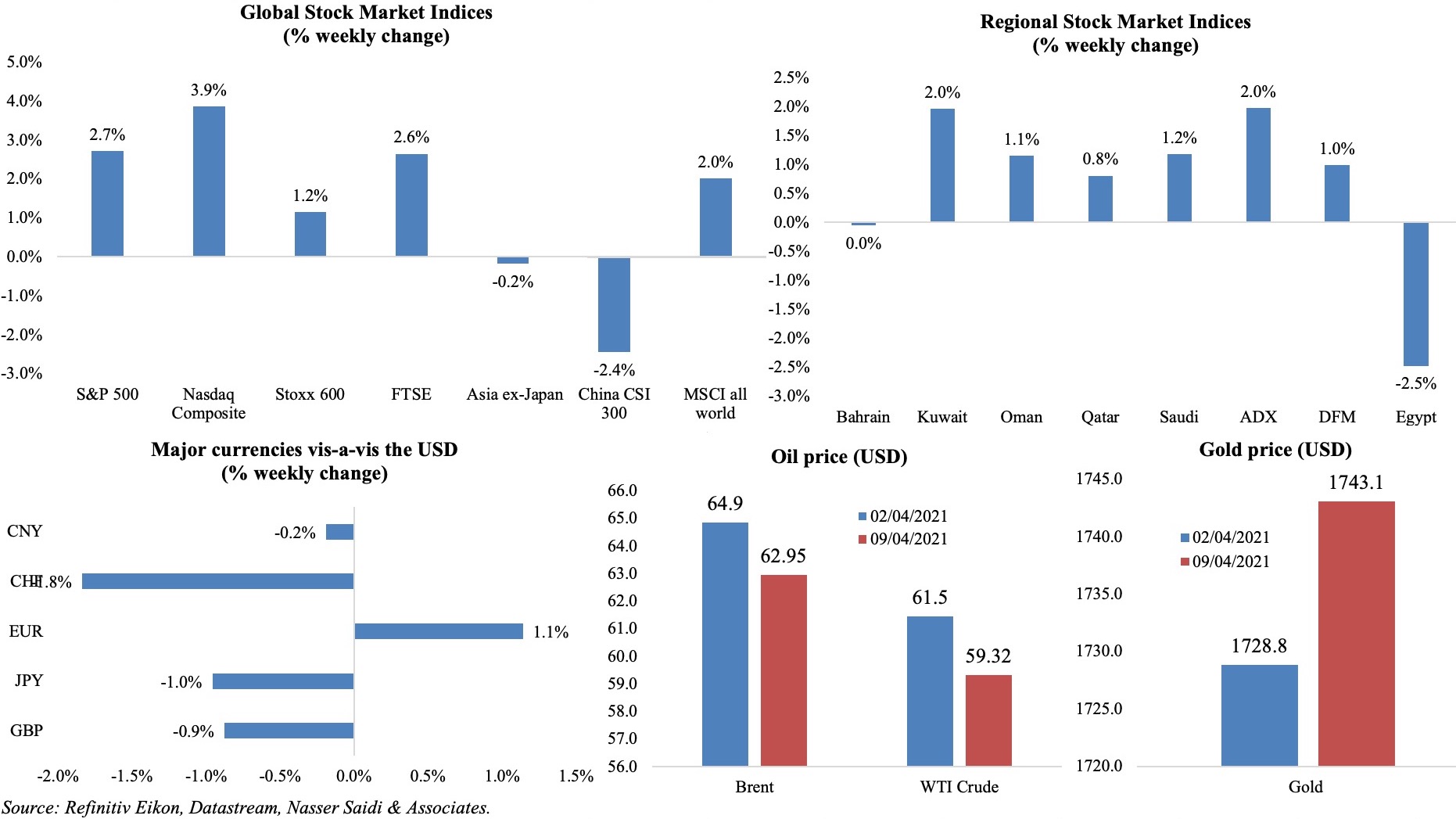 Bottom line: Optimism is rife, as vaccination drives kick off even in Europe, after the AstraZeneca setback: France has inoculated 10mn persons and Italy aims to vaccinate about 80% of population by end-Sep. South Asia is still witnessing a new surge, resulting in partial lockdowns again. Are the IMF forecasts too optimistic too soon, given the multiple risk-factors? Our weekly insight report highlights the various risks: https://nassersaidi.com/2021/04/08/weekly-insights-8-apr-2021-risks-to-the-rosy-outlook-as-world-recovery-seemingly-accelerates/. Separately, global composite PMI rose to a 79-month high of 54.8 in Mar, with US leading the pack along with expansions in Germany, UK, India and Australia while price pressures continue to build (selling prices rose at the steepest pace since data gathering began in Oct 2009).

IMF: An Asynchronous and Divergent Recovery May Put Financial Stability at Risk

Bill Hwang Had USD 20bn, Then Lost It All in Two Days

Virtual meetings are here to stay

The Challenge of Big Tech Finance