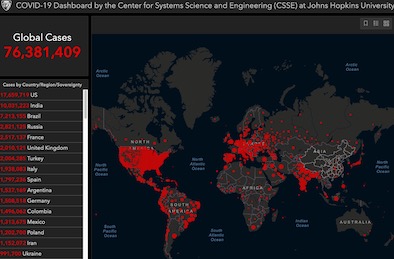 Download a PDF copy of this week’s economic commentary here.
Markets
US equities touched record highs last week, as discussions progressed on a stimulus bill and as the Federal Reserve pledged to remain accommodative. Emerging-market stocks and currencies posted a seventh weekly gain, the longest winning streak since Jan. Regionally, most major Gulf markets ended higher while Egypt fell the most in 2 months. The pound hit its highest level in 31 months during the week, on hopes that an EU-UK trade deal could be close, though it slipped after. Among commodities, gold price gained while copper topped USD 8,000 a ton, reaching a 7-year high on an expected surge in demand.
Weekly % changes for last week (17-18 Dec) from 10 Dec (regional) and 11 Dec (international). 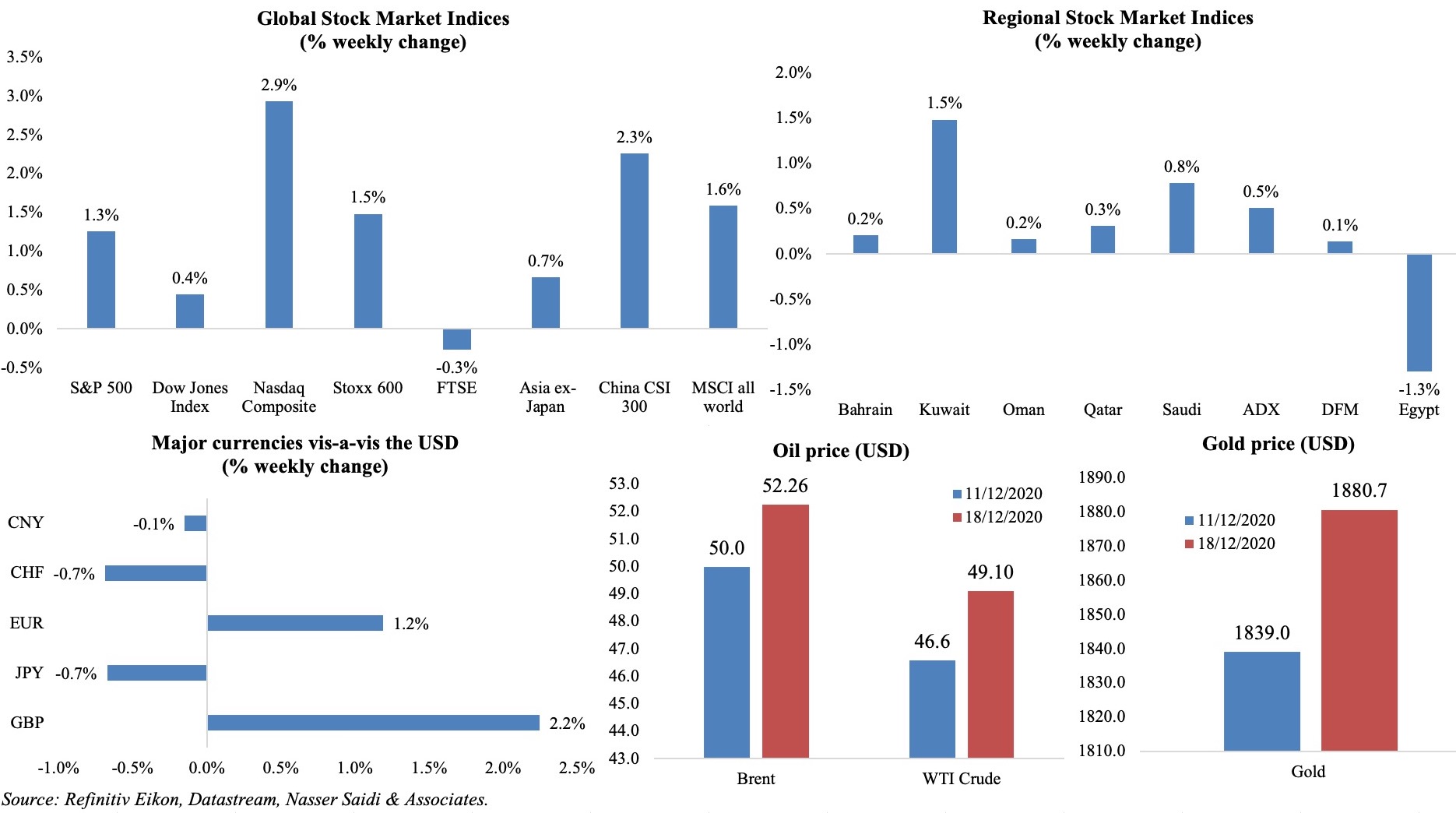 Bottom line: Exuberant markets remain disconnected with weak macroeconomic fundamentals as countries tackle the current Covid19 surge: from Sweden to UK, more nations are re-introducing stringent restrictions over the holiday period. Though vaccine distribution has begun, it will take many months before a sense of near-normalcy is restored. Meanwhile, as central banks across the globe stayed put on interest rates, the UK is inching closer to the realities of Brexit.
Regional Developments