Most economies are expanding at an unusually low nominal pace despite the massive monetary stimulus from central banks. The most important indicator of the conjuncture in the US, the non-farm payroll, indicates that the world largest economy remains on a steady, albeit modest, growth trajectory. However, elsewhere the picture is slowly deteriorating. In Japan GDP growth has been negative in two of the last three quarters, in Europe growth is stalling and emerging markets suffer from depressed commodities prices and capital flights. In the best of circumstances, global growth in 2016 will be in line with the moderate pace recorded in 2015. The critical battleground against global recession will be China, the engine of global economic recovery in 2009, which is now paying for the consequences of its massive stimulus programs in 2008-09. The Chinese premier Li Keqiang announced a new plan hinging on the trite mix of credit and fiscal expansion. Official sources are now ventilating a budget deficit in excess of 4% of GDP, while the Chinese central bank (PBOC) has cut its policy rate for the sixth times since November 2014 (and reserve requirements several times). Few are holding their breath waiting for an immediate turn-around. Currently the Chinese industrial sector is in shambles. Exports plunged 25% yoy in dollar terms in February, the biggest one-month decline since early 2009, after an 11% drop in January. Imports fell 14% yoy after a 19% decline in January. The current account surplus dropped to 2.7% of GDP in 2015 from 10% in 2007. The second troubled spot is the Chinese real estate market which is the single most important sector in the global economy and the biggest risk factor (in 2011 and 2012 China produced more cement than the US did in the entire 20th century). The authorities are taking steps to absorb excess housing inventory relaxing restrictions to help rural migrants purchase housing in urban areas, cutting minimum down-payments, reducing mortgage interest rates and property transaction tax. As a result, the value of newly-started investment projects jumped 31.7% yoy in the three months to February, according to official data.

There is a sense of renewed optimism in global stock markets after four weeks of rebounds which have erased most of the losses at the beginning of 2016. Yet the rebound was once again linked to exceptional monetary measures first by the PBOC and then by the ECB. Hence risk aversion has abated, but Factset estimates for Q1 2016 a decline in earnings for the S&P 500 of -8.3%. In addition, a higher percentage of S&P 500 companies have lowered the bar for earnings in Q1 2016 relative to recent averages. Of the 117 companies that have issued EPS guidance for the first quarter, 91 have issued negative EPS guidance and 26 have issued positive guidance. In essence based on aggregate corporate sector data the upside of equity as an asset class remains capped, but it could be time to consider a selective increase of exposure.

In the past few weeks the global monetary stance has taken additional steps in the ultra-dovish direction. Even the US Fed which in December appeared determined to start a process of rates normalization has now backed down. For the first time since the Asian and Russian crises of the late 1990s, the Fed is explicitly taking into account global growth prospects in its decision. Nine FOMC members estimated two more rate hikes would be enough to hit their forecasts this year. The result is that now fixed income markets are expecting near-zero interest rates for another decade. For example overnight interest rate swaps imply that 1) the ECB rates will not return above 0.5% for roughly 13 years and will not exceed much 1% for at least 60 years; 2) Japan’s main interest rate will not reach 0.5% for at least 30 years; it will take 6 years for US rates and a decade for UK rates to reach 1%. Clearly the actions and the message from central bank are completely discordant. A pension fund that buys a 10-year corporate bond yielding 0.5% or an fund manager that buys a government bond yielding negative rates clearly do not believe that inflation will reach the 2% target in a couple of years as the major central banks promise. And if the rates are expected to be near zero for the indefinite future it means that investors do not expect growth to pick up anytime soon, so the renewed optimism in stock markets conflicts with such expectations. To complete the picture JPMorgan, which compiles the EMBI Global Diversified index of sovereign dollar bonds from developing countries, said that based on ratings from two of the three main ratings agencies the index would already be considered junk, or sub-investment grade.

In conclusion the real economy and asset valuations are misaligned due to the extraordinary support of central banks. Such state of affairs is vulnerable to a deterioration in growth, financial shocks or bouts of risk aversion. 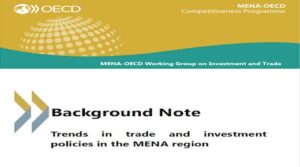 The MENA-OECD Working Group on Investment and Trade‘s 2018 meeting was held in Dead Sea, Jordan 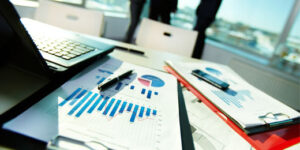 An extract of the white paper titled “Lebanon’s Oil and Gas Wealth: Policy Recommendations for