Government spending in the Gulf Cooperation Council (GCC) countries has been rising rapidly since the onset of the Arab Spring. On the revenue side, oil & gas revenues account for more than 85% of GCC government revenue. This high dependence on oil & gas makes the GCC countries highly vulnerable to oil price fluctuations, with the recent decline in oil prices bringing fiscal sustainability concerns to the forefront. The IMF has recently warned that: (a) oil exporters’ fiscal surpluses are set to vanish by 2017; (b) if oil prices hit $75 per barrel for a prolonged period it would reduce GCC’s GDP by 1 percentage point; and (c) this could reduce the aggregate fiscal surplus from a current projected $275bn to around $100bn in 2015. Moreover, GCC countries do not have monetary independence given their peg to the US dollar and cannot adjust exchange rates when faced with external shocks.

To address their revenue vulnerability and fiscal sustainability the GCC countries should prioritize fiscal reform and put in place policies to diversify the sources of government revenue.  Revenue diversification policies should be directed not only at mobilizing non-oil revenue in the short run, but also at improving the buoyancy of tax revenue. Government revenue diversification reforms are recommended with the most efficient plan being to introduce both broad-based sources of taxation (a Value Added Tax) and indirect taxes (excise taxes) on specific goods and products like gasoline, diesel, alcohol and tobacco. This White Paper focuses on tobacco taxation, though the argument applies to the other products.

International & bilateral trade agreements constrain the GCC countries from raising the common external tariff on cigarettes and other tobacco products thereby restricting the ability of the GCC to raise prices to reduce tobacco consumption and smoking incidence, while increasing government revenue from tobacco taxation. However, international best practice suggests an alternative structure for tobacco taxation, which would allow GCC member states to raise the tax burden on cigarettes without violating their international obligations.

This White Paper recommends: (a) Agreement of the GCC countries to introduce excise taxes on tobacco consumption as a policy tool to increase tobacco prices for health reasons and to raise revenue; (b) The introduction of domestic excise taxes on tobacco in the form of a specific nominal excise duty to be introduced in each GCC member state consisting of a fixed amount per 1,000 cigarettes or equivalent units of other tobacco products; (c) GCC policy harmonisation: introduction of tobacco excise taxes should be applied uniformly (including on domestic production), equally and in synchronized manner in all countries in order to prevent arbitrage opportunities and illicit trade or smuggling. (d) The process of implementation of the new tax structure should be gradual to avoid encouraging smuggling & illicit trade. (e) The building of tax capacity in the form of tax revenue authorities to implement the fiscal reform, monitor and collect revenue. 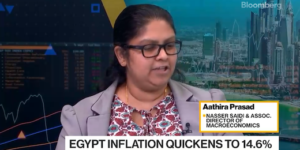