[The link to the original article is: http://vision.ae/en/articles/boao_forum_between_yuan_and_sky; an excerpt of this article was also published – http://www.prnewswire.com/news-releases/boao-forum-renminbi-internationalisation-and-infrastructure-issues-on-the-cards-284594721.html]

Boao Forum: between Yuan and sky

The internationalisation of Renminbi, as well as solving infrastructural issues, were on the cards at the Boao Forum for Asia Financial Cooperation Conference this year
Currency and infrastructure were the two main topics that panellists and attendees chewed over during the Boao Forum, held in Dubai this week.
Solving the issues around these central tenants was deemed imperative to both successful Chinese cooperation, and economic growth – although there was diverse thinking as to how each should be ‘fixed’.
On currency, Zeng Peiyan, Vice Chairman of Boao Forum for Asia and Former Vice Premier of China, noted that financial cooperation should be used as a way to boost the Asian economy, using bilateral currency swaps as an example of a measure that would reduce trade risks and help maintain regional financial stability.
The Chiang Mai Initiative – which started as a series of bilateral swap arrangements in 2000 and has, over the last 14 years, developed into a multilateral currency swap arrangement – was the obvious way to improve cooperation, although it had its skeptics.
Dr Nasser Saidi, President of Nasser Saidi and Associates, suggested the Chiang Mai Initiative has been underused and should be extended to other countries, in particular the GCC states. He also highlighted the heterogeneity of Asia to state that the idea of a standardised Asian market is unrealistic and that instead, China must be the driver behind the development of Asian bond markets.
Of China’s power, HE Dominique de Villepin was certain. The Former Prime Minister of France, and President of UCRG International Advisory Board, pointed out that Asia represents one third of world output; with China holding almost $4 trillion of reserves.
“The wealth and growth is there. In order to go forward in terms of reforms, we need new global governance. The dollar has limited capacity to serve the world economy and all the thinking about a basket of currencies might be helpful in terms of finding a new balance.”
On infrastructure, new projects were celebrated, but there was serious discussion at the disparity between different regions of Asia. Shaukat Aziz, Former Prime Minister of Pakistan, pointed to the creation of the Asian Infrastructure Investment Bank, a major landmark development for the world, which, he said, would be an important means for financing infrastructure projects in Asia and all over the world.

V Shankar emphasised the discrepancy between wealth of infrastructure from country to country in Asia. However, the current imbalance in infrastructure development in Asia did not go unnoticed. “You have places in Asia and the Middle East that have fantastic world-class infrastructure,” said V Shankar, CEO of the EMEA region for Standard Chartered. “Yet, there are pockets of our continent which have abysmal and really poor, creaking infrastructure.”

Statistics from the Asian Development Bank state that the annual demand for infrastructure in Asia is $730bn – this, compared to the $30bn a year made by multilateral organisations, is a huge chasm.
But, this problem seemingly has a fixable solution. Francisco de Paula Coelho, Director of the Lending Department for Asia and Latin America for the European Investment Bank, emphasised multilateral finance institutions (MFIs) need to be more humble in the role they can play. “EIB and its peers have to be instrumental in bringing in much bigger private sector investors into infrastructure projects in Asia.”
“Developing infrastructure takes place over a long cycle,” concluded Cao Honghui, Vice President of the Research Institute at the National Development Bank. “It needs stable economic and social conditions, otherwise it will be difficult to secure funding.” 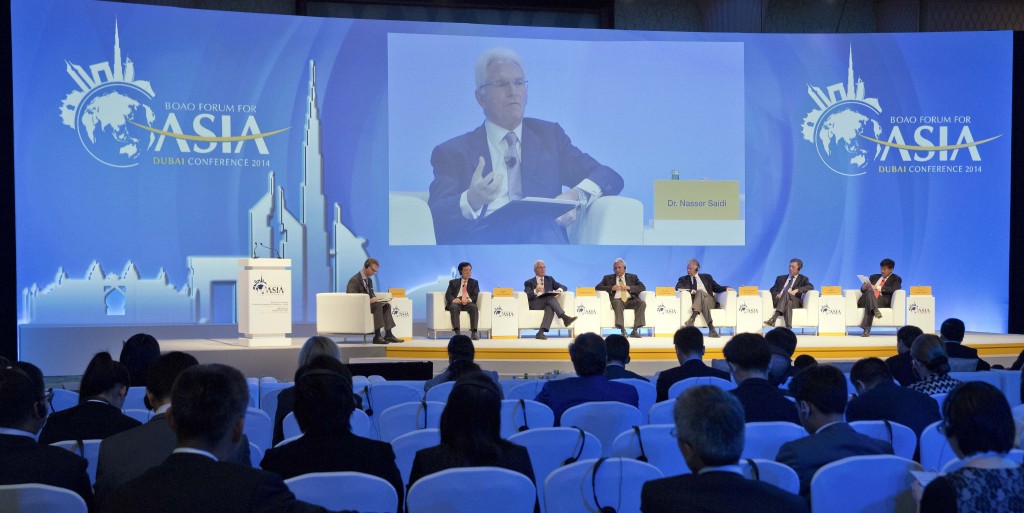