The Case for Gold as a Reserve Asset in the GCC

The international role of the dollar as a vehicle currency and international reserve asset has come under strain during the financial crisis of 2007-2009. The Triffin dilemma is strongly resurgent: the large balance of payments deficits that the US has been running over the past decade and therefore the piling up external liabilities that have gone to finance the swelling size of international trade and financial markets, has undermined confidence in the US dollar as a reserve asset. Second, the US has been running large fiscal deficits since 2001, leading to a large buildup of public debt, with more than 60% being foreign held. The debt service is becoming a burden which puts the country at risk of negative repercussions when global interest rates will be on the rise again.

Over the years and decades to come, the dominant role of the dollar is likely to give way to a multi-currency arrangement as has been typical of historical phases where three or more economies in the world had roughly the same size and none was clearly dominant as in the late XIX century.

The size and composition of international reserves depends on the choice of exchange rate regime, mandate of the central bank and its policy objectives. Obviously if the national currency is pegged to a foreign currency like the US dollar, as is the case in most of GCC (excluding Kuwait) the reserves will be predominantly kept in US dollar denominated liquid assets. Since oil is priced in US dollars and oil contributes significantly to GCC countries’ government revenues and gross domestic product, governments have preferred to fix the domestic currency against the US dollar. While this has provided an anchor, the obverse is that Gulf currencies have been volatile against the euro, the Yen and other currencies, while trade and investment patterns have been shifting eastward, with Asian countries being the main trade (and increasingly investment) partner of the GCC.

The GCC countries are also considering moving towards a Gulf Monetary Union and potentially a Gulf Common Currency. In this DIFC Economic Note 11 titled “The Case for Gold as a Reserve Asset in the GCC“, we examine the backing for such a common currency in terms of a basket of currencies and whether the composition of reserves could help in conferring the new currency credibility and whether it is possible to demonstrate quantitatively that including gold would help to achieve better macro-economic stability. We conduct a series of simulations based on past data to calculate the return on a portfolio of reserves assets with and without gold.

Our results indicate that if a relatively conservative central bank holds gold as an asset class, its potential returns for any given level of risk (i.e. at any threshold of standard deviation) increase by several basis points more per year than when excluding gold from its optimal portfolio. Similarly, a dollar invested (in January 1987) by a fictional conservative central bank in an international reserves portfolio with gold would have grown to $6.6 by May 2010 – which is about 1.5 times more than an international reserves portfolio without gold. 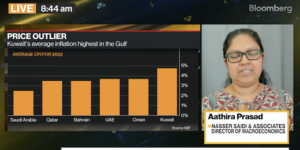