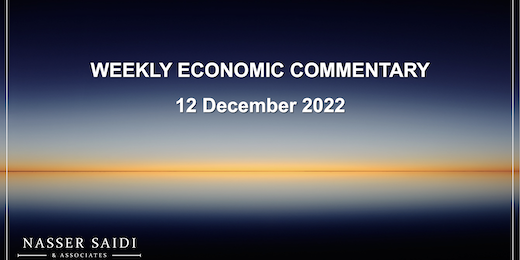 Equity markets were mostly down, haunted by recession worries: Stoxx600 ended in the red after a 7-week rally. Asia and Chinese equity markets received a boost from China’s policy to ease Covid restrictions. Regional markets had a rough week, in line with oil price fluctuations: Saudi Tadawul touched a 19-month low on Wednesday before recovering slightly while Egypt remained the best performer. Oil prices fell by 10%, with the WTI posting its largest weekly decline since Apr, also touching a new 2022 low of USD 71.02. 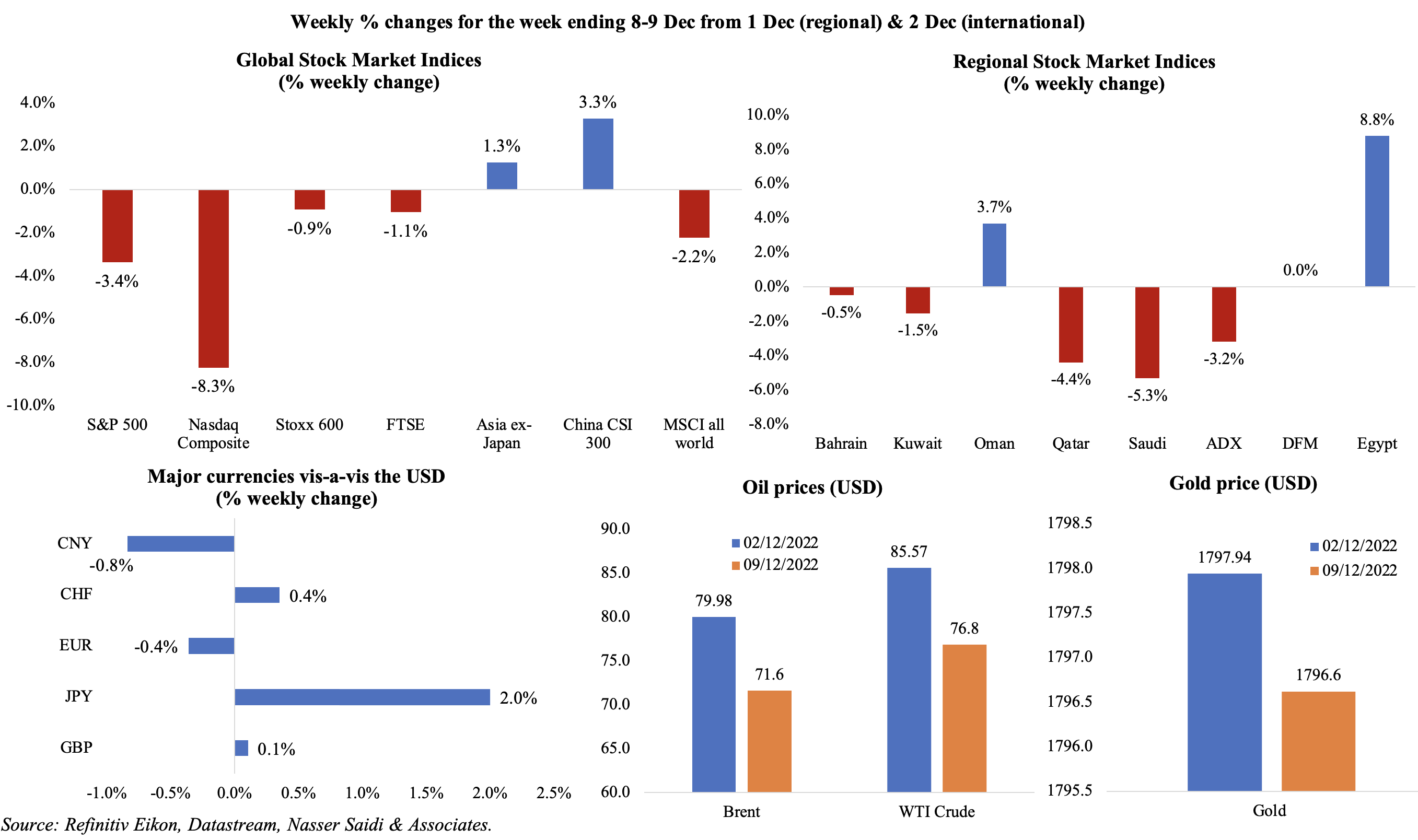 Bottom line: While recent PMIs paint a low growth scenario given weakened demand and waning export orders, the easing of Covid requirements in China offers hope for a potential recovery in 2023. However, last week’s China exports data indicate a broader weak global demand/ sentiment rather than just anaemic domestic demand. The central bank meetings this week –the US Fed, the ECB, Bank of England, to Switzerland and Norway – are likely to see a slower pace of rate hikes, setting the tone for the coming year (i.e. supportive of economic growth amid price pressures). The press conferences will be keenly watched for signals for how high rates can go next year and when will they peak.

All Pain & No Gain from Higher Interest Rates

Could an A.I. Chatbot Rewrite My Novel?