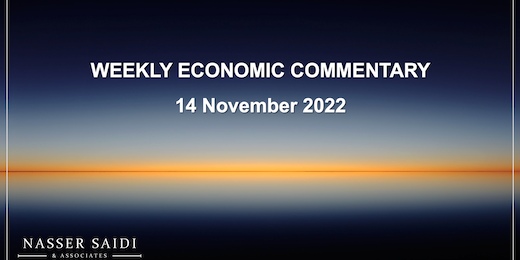 Most equity markets gained last week, after US inflation eased (raising expectations for a lower Fed hike come Dec) and given China’s decision to scrap Covid flight bans and relax quarantine requirements for international inbound travellers. Asian shares rose to a 7-week high while signs of a potentially lengthy recession in UK pulled the FTSE down. Regional markets were mostly up except for Saudi Arabia which posted a 3rd weekly loss. Currency markets saw the dollar post its biggest 2-day drop in 2 years. Oil price declined in week-on-week terms on worries about Chinese demand and rising US oil inventories though it saw gains towards end of the week (on news from the US and China). Gold price rose to a near 3-month high. The FTX drama and related turmoil resulted in bitcoin dropping to a 2-year low. 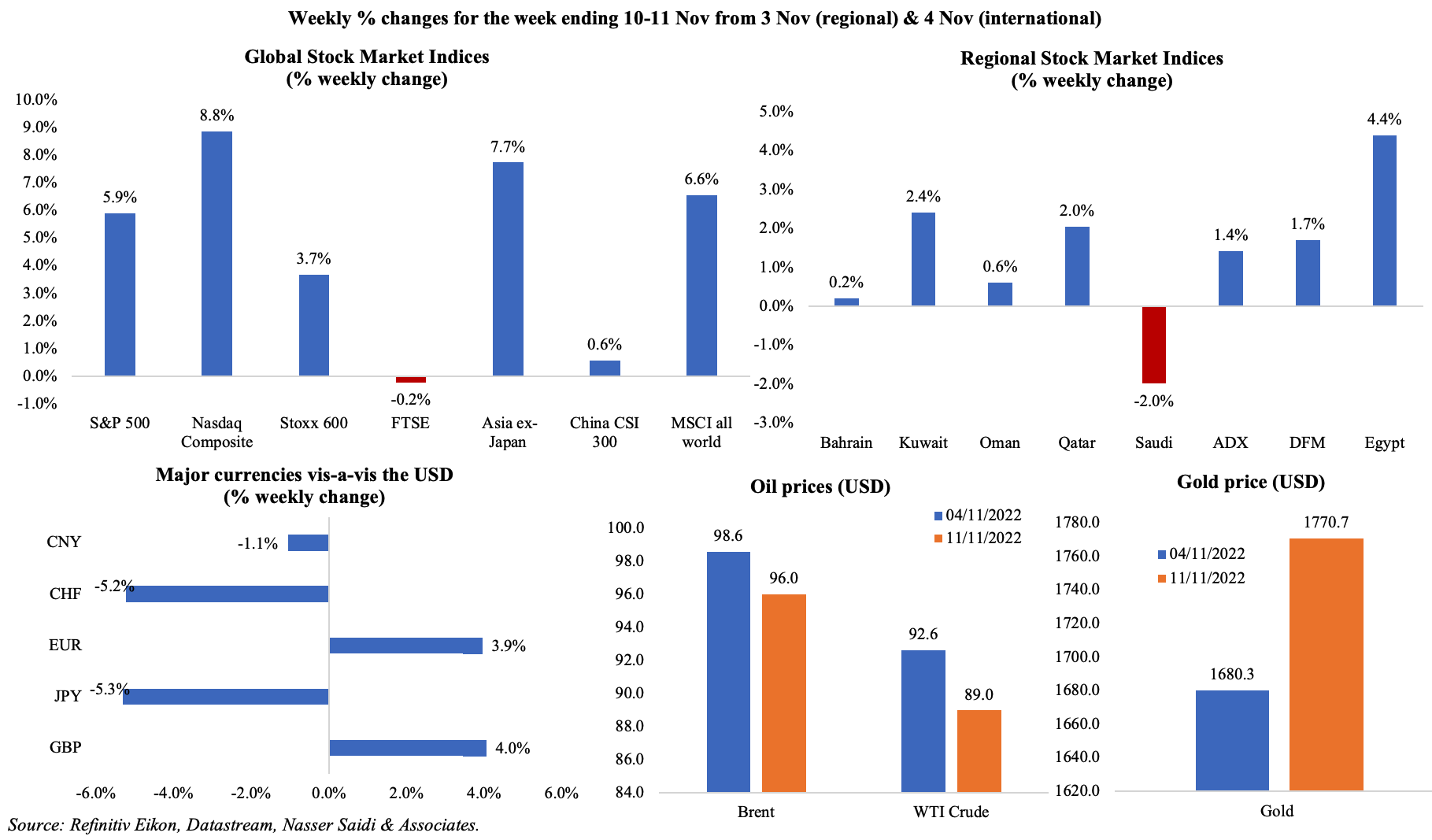 Bottom line: The crypto fiasco continues to dominate the news, sparking discussions about transparency (especially about crypto exchanges’ proof of reserves) and more generally regulation/ supervision of crypto firms. This week, markets await UK’s fiscal plan which is expected to include tax rises and spending cuts (in the backdrop of last week’s GDP numbers, it looks like a long recession for the country alongside high inflation). China’s easing restrictions for inbound travelers can be seen as a welcome sign, but with domestic cases at 6-month highs, it begs the question how long the macro picture will remain dismal: already seen evidence of lockdown-hit dwindling domestic demand and production levels. Meanwhile, at the COP 27 conference, financing concerns are coming to the forefront (especially from developing nations) and the big question remains how much progress will be made with respect to the implementation of deals/ pledges made in past years.

Analysis of draft texts at COP27 by the Carbon Brief