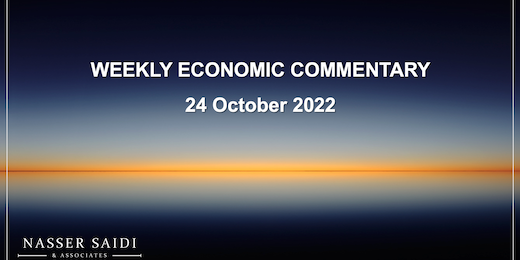 US equity markets posted the largest weekly gains since Jun, on news that the Fed might move opt for a less aggressive stance to counter inflation. European markets gained on the week, in spite of slipping after high inflation readings, expectations of central bank moves and recession concerns. Regional markets were mixed during the week on volatile oil movements and expectations of weaker demand from a potential recession: Saudi and Abu Dhabi markets ended the week with gains of 4.7% and 3.5% respectively. The yen touched the lowest level since 1990 (on Oct 20th, crossing the 150-mark against the dollar in intra-day trading) before the greenback tumbled vs the yen on Fri (a possible intervention from the BoJ). Brent oil price ended the week stronger (+2% from the week before) on hopes of a resurgence in Chinese demand, while gold price edged up by 0.9%. 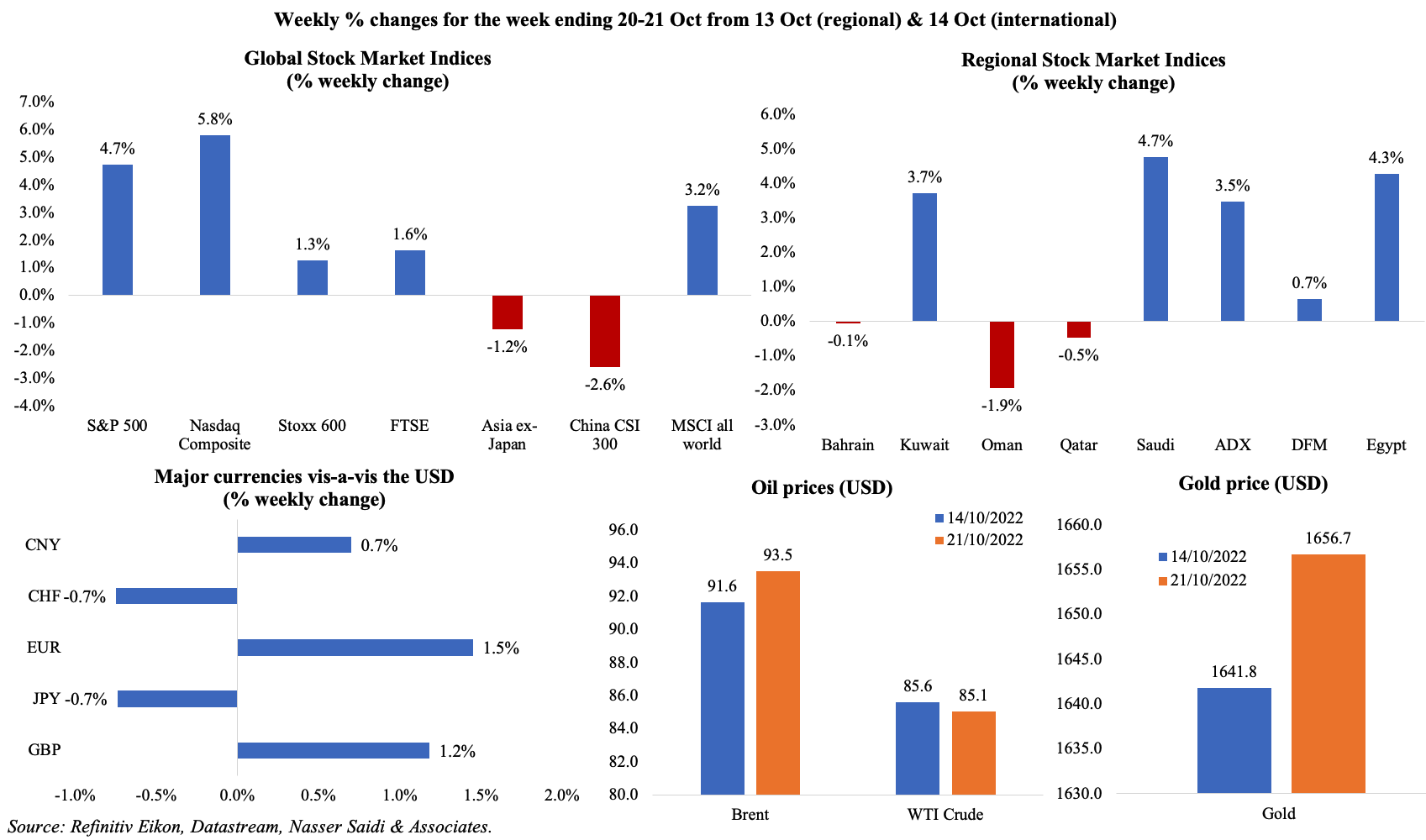 Bottom line: This week sees the BoJ and ECB meetings: despite the weakening yen and inflation at an 8-year high, Japan’s central bank is widely expected to stay put while the ECB is likely to hike by 75bps (given inflation close to 10%). Even as the US-China tech Cold War gathers pace (check the Media Review section), China’s Xi was re-elected as leader for an unprecedented third term (with strategy placing an emphasis on national self-reliance in science and technology as well as an “increased internationalizing of the RMB”). Meanwhile in the UK, Sunak has become the frontrunner for the new PM after Boris pulled out of the race with continuing political uncertainty leading to volatility in the GBP.

IMF: How Countries Should Respond to the Strong Dollar

How the markets broke ‘Trussonomics’