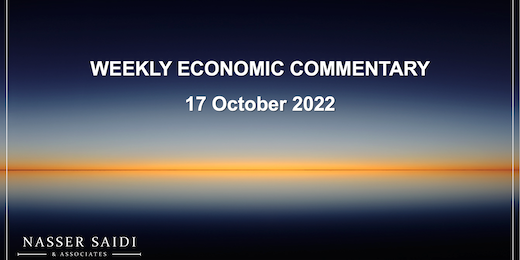 Equity markets were mostly down last week, including in the Middle East region, after the US inflation numbers (rising to a 40-year high) strengthened the case for higher interest rates and for a longer period. The dollar remained strong; the pound slipped against the dollar after UK’s finance chief was fired amidst uncertainty on the UK’s finances while the yen weakened to a new 32-year low. Oil prices fell on expectations of weak oil demand (estimated by OPEC & IEA) and recession worries while gold prices tumbled. 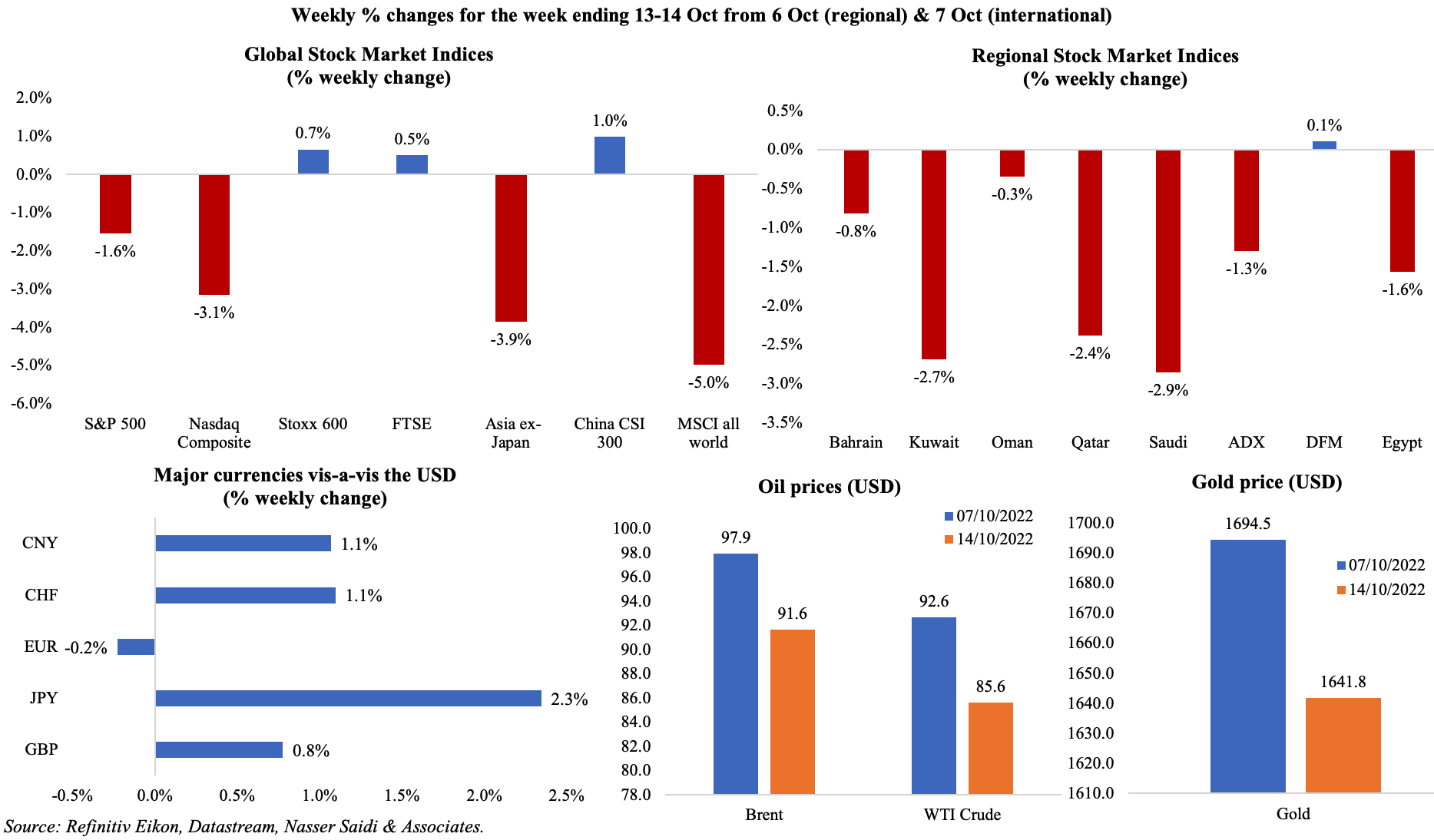 Bottom line: Even as the IMF revised global growth forecast down to 3.2% in 2022 and lower further to 2.7% next year, a cost-of-living “crisis” and the ever-present threat of another Covid19 outbreak has the world sitting on the cusp of a global economic recession. The IMF expects more than 1/3-rd of nations to experience a recession and given how interlinked nations are, we can anticipate a relatively gloomy 2023. Even as Egypt and the IMF inch closer to an agreement, all eyes are on the UK and its ongoing turmoil with the IMF warning of “disorderly asset re-pricings” and “financial market contagion”. This week also sees the release of China’s Q3 GDP data which should highlight the impact of weak consumer demand and business uncertainty given multiple lockdowns, with President Xi confirming that China would continue with its strict Covid restrictions presaging continued low growth.