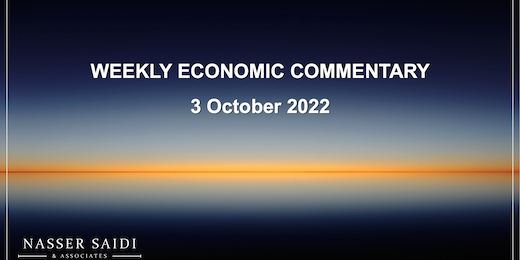 Most global markets ended in the red last week: S&P 500 declined by nearly 5% in Q3, the third consecutive quarter of losses – the longest streak since 2008; Stoxx also clocked in a 3rd straight quarter of losses while the MSC world equity index was down by 7.3% in Q3. Regional markets were mostly down with Oman and Qatar the only bright spots, the latter thanks to the rebound in natural gas prices; Saudi Tadawul hit its lowest in over 9 months last Monday, and posted a monthly loss in Sep. Sterling touched its highest level vis-à-vis the dollar on Friday after a steep sell-off earlier in the week, but remains about 9% lower in the past three months – the worst quarter since the 2008 financial crisis. Oil prices gained after 5 weeks of dips, on expectations of a cut in crude output (potentially to the tune of 1mn barrels per day) at the Oct 5th OPEC+ meeting. Gold price posted a very modest gain last week, but had the worst quarter since Mar 2021. 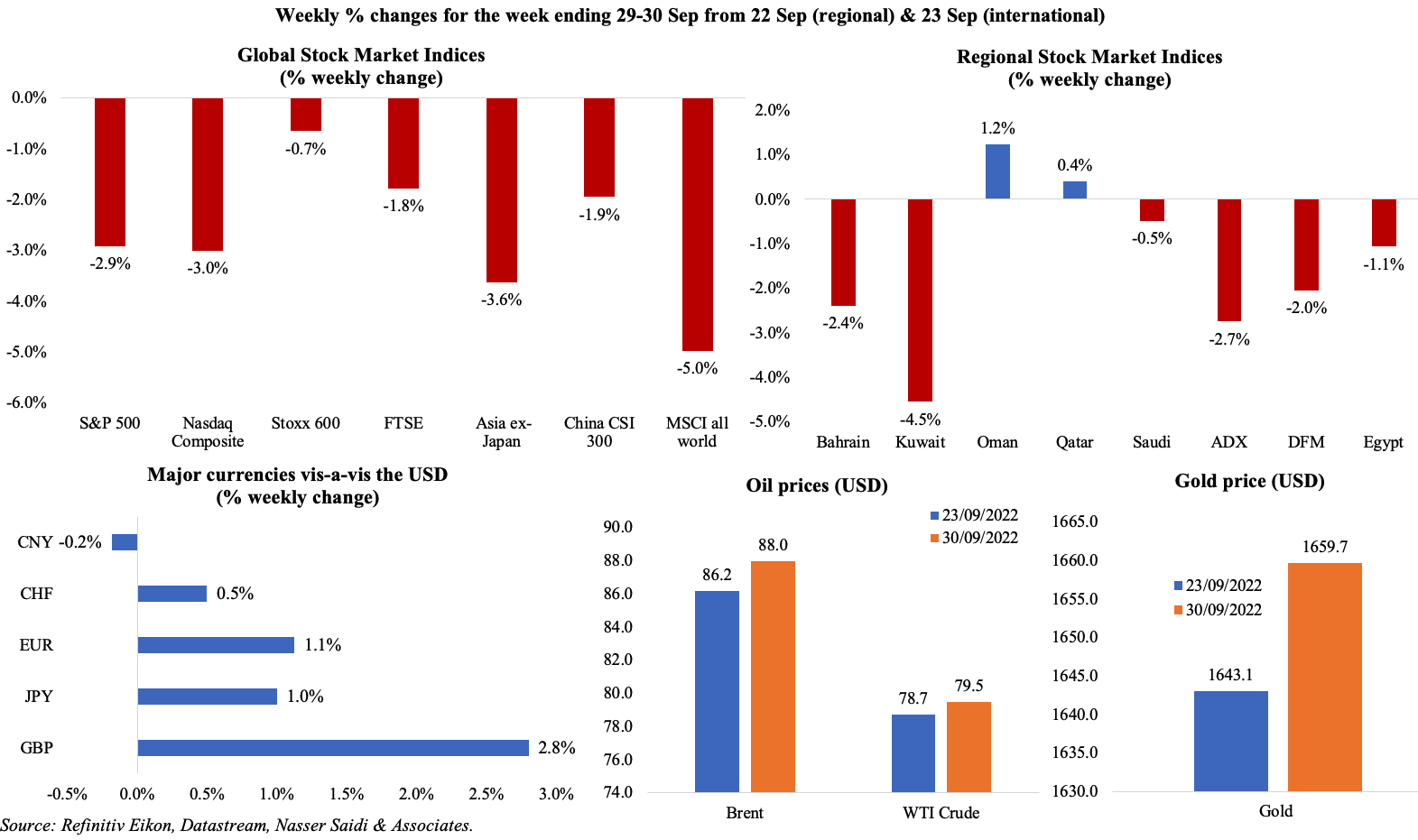 Bottom line: The dismal global financial market performance during the quarter notwithstanding, other news that dominated were UK’s turmoil (mostly of its own making resulting in record-low sterling, and forcing the BoE to resume QE by intervening to calm bond markets), Russia’s nuclear threats as well as election results in Italy (markets have so far reacted to Meloni better, when compared to UK’s Truss) and Brazil (where a second round is expected after no candidate achieved more than 50% majority). This week will see PMI releases for Sep: though global shipping costs are falling, worries about Europe’s energy supply issues, pass-through of prices to consumers and weakening demand are likely to dominate businesses outlook.

7 days that shook the UK

The Cost of the Fed’s Challenged Credibility: El-Erian

The Crypto World Is on Edge After a String of Hacks