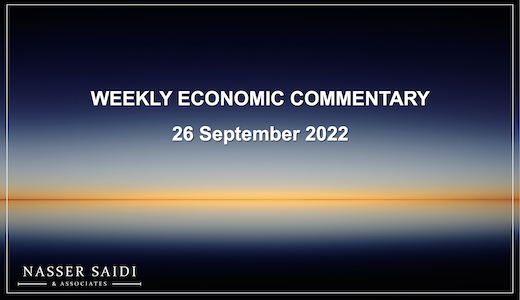 Most equity markets tumbled last week on recession worries, after several central banks raised rates (including the US, UK, Indonesia, Norway and Switzerland) in a bid to supress inflation; the MSCI World index fell to a 2-year low. Regional markets also mirrored global patterns, ending in the red. The US dollar index hit a 20-year high on Wednesday following the hawkish Fed statement, while the British Pound continues to tumble after the announcement of debt-financed tax cuts: the pound sterling is at a 37-year low, and the euro dropped to a 20-year low. Oil prices fell to an 8-month low on the strong dollar and fears of recession, while and gold price declined to the lowest since Apr 2020. 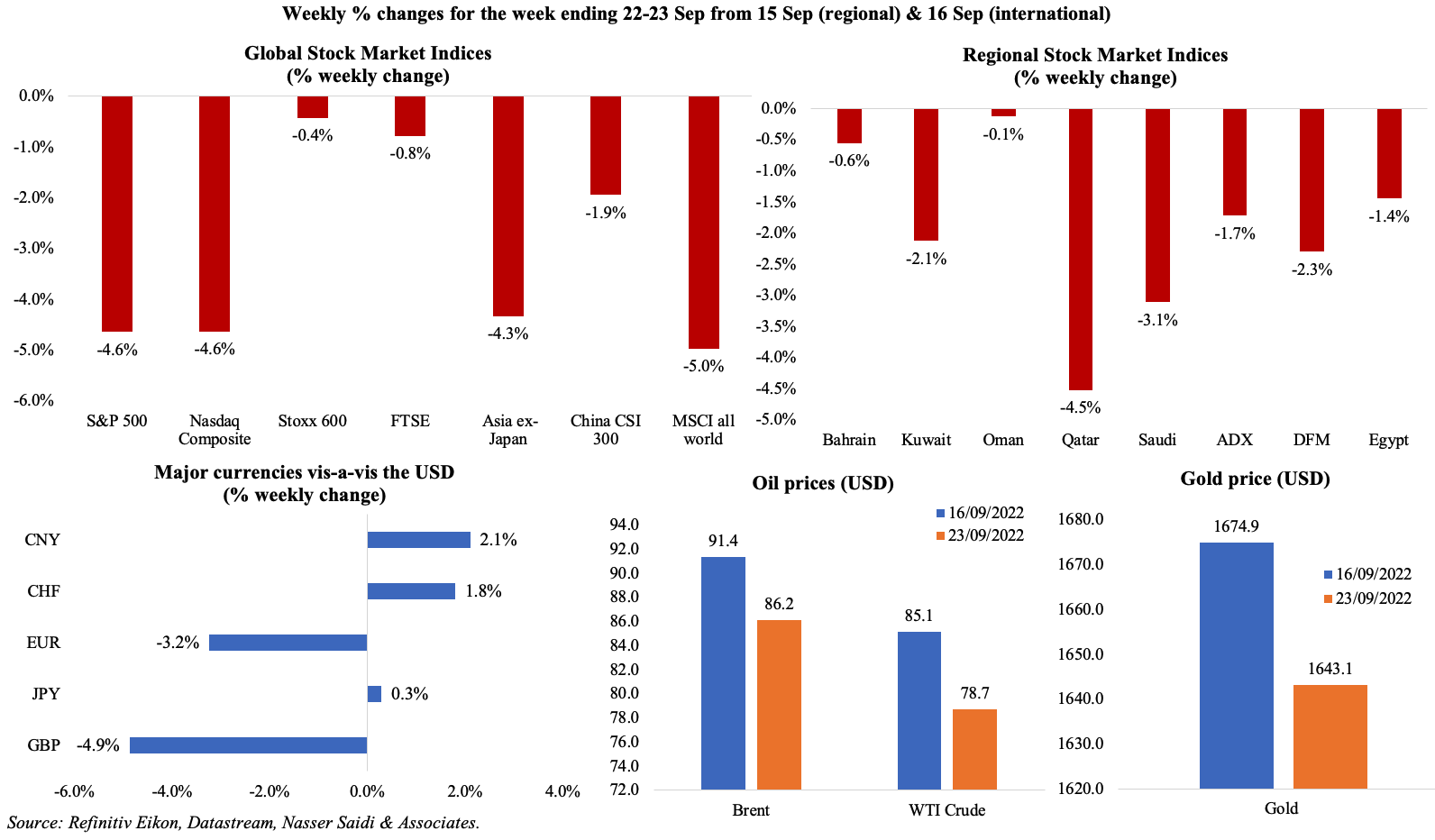 Bottom line: Preliminary manufacturing PMI readings did not paint a pretty picture last week, amid central banks continuing to raise interest rates and Japan’s currency market intervention (after staying pat on interest rates). On the political front, the UK’s mini-budget has shocked markets, while Italy looks set to swear in a right-wing government. All readings point to the onset of recession in the coming quarter. Meanwhile, Germany and UAE’s energy agreement signals the start of new alliances on the global energy front.

Dr. Nasser Saidi’s interview on Al Arabiya about the demise of the GBP

In dollar we trust

Economics may take us to net zero all on its own