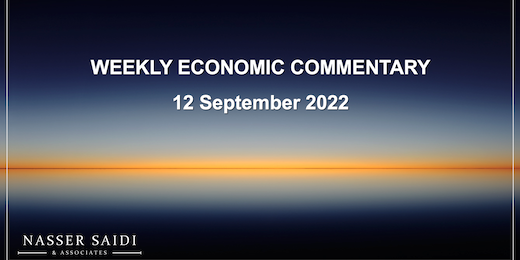 Equity markets in the US posted gains last week (the first in 4 weeks), as did Europe and UK while Asian markets had a rough week. Regional markets were mostly down, mirroring the volatile oil prices: Abu Dhabi gained on Fri as oil prices rose while Egypt’s gain was partially supported by an influx of international investors. Among currencies, the euro climbed to a 3-week high vis-à-vis the dollar (rising to above parity); during the week, the dollar touched a 24-year and 37-year high against the JPY and GBP respectively. Gold inched up a 0.3% gain from the previous week while oil prices were slightly lower (the nominal OPEC+ production cut was offset by fresh lockdowns in China). 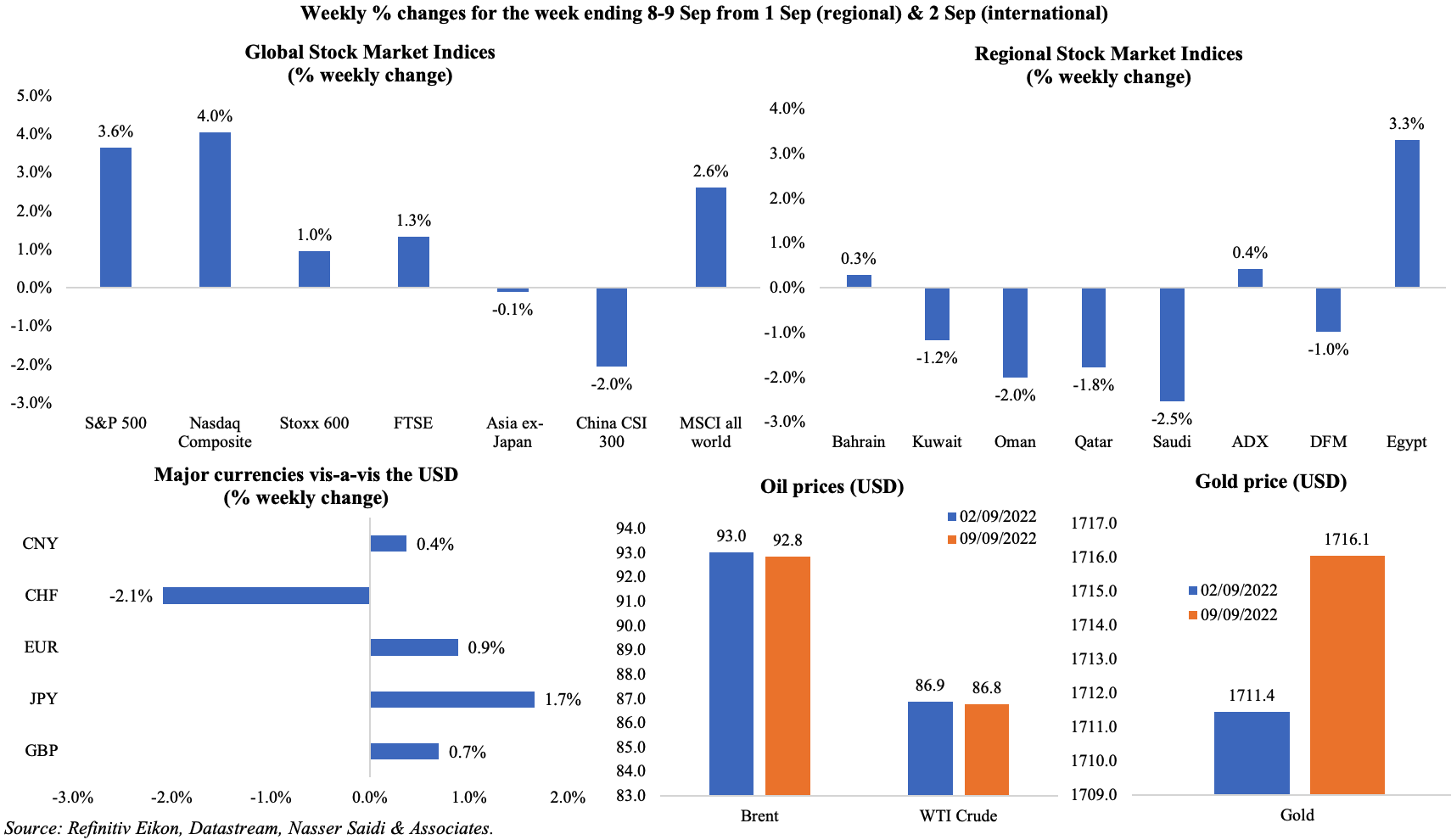 Bottom line: The various PMI releases showed economic activity (i.e. JP Morgan Global Composite Output Index) contract in Aug, for the first time since Jun 2020; excluding the lockdown period, the reading was the lowest since Jun 2009. Meanwhile, the OPEC+ meeting’s small production cut, which did not create many waves in the market in the backdrop of the Iran nuclear deal talks (not very promising given recent official statement from France, UK and Germany questioning Iran’s intentions) and fresh Chinese lockdowns. The Fed meets this week, and the magnitude of the hike will likely be heavily influenced by the inflation print (out on Tuesday); the BoE meeting has been shifted to Sep 22nd following the Queen’s passing.

The world is almost back to pre-covid activity levels

Whither the ESG Revolution?

Ethereum’s switch to a greener system: revolution or hype?

The Ascent of CBDCs