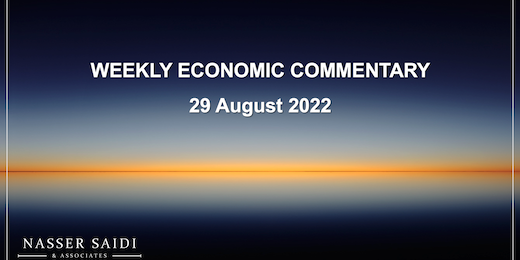 Global equities had a bad week, given the Fed’s hawkish message at the Jackson Hole conference: MSCI’s gauge of global stocks fell by 2.47% on Fri – its worst day in more than 2 months; pan-European STOXX 600 fell by 2.6% from a week before, after flash PMI readings disappointed. Regional markets were mixed, with many markets tracking oil gains. The GBP and EUR posted weekly losses after the dollar gained post-Powell’s speech (with the euro tumbling to a 20-year low near USD 0.99). For oil markets, the week started with Saudi minister’s comments suggesting a potential cut in output (next OPEC+ meeting is on Sep 5th) and prices remained volatile on concerns about supply tightness and fears of economic and geopolitical uncertainty; gold price fell by 1%+ on Friday alone, and posted a 0.6% weekly loss. 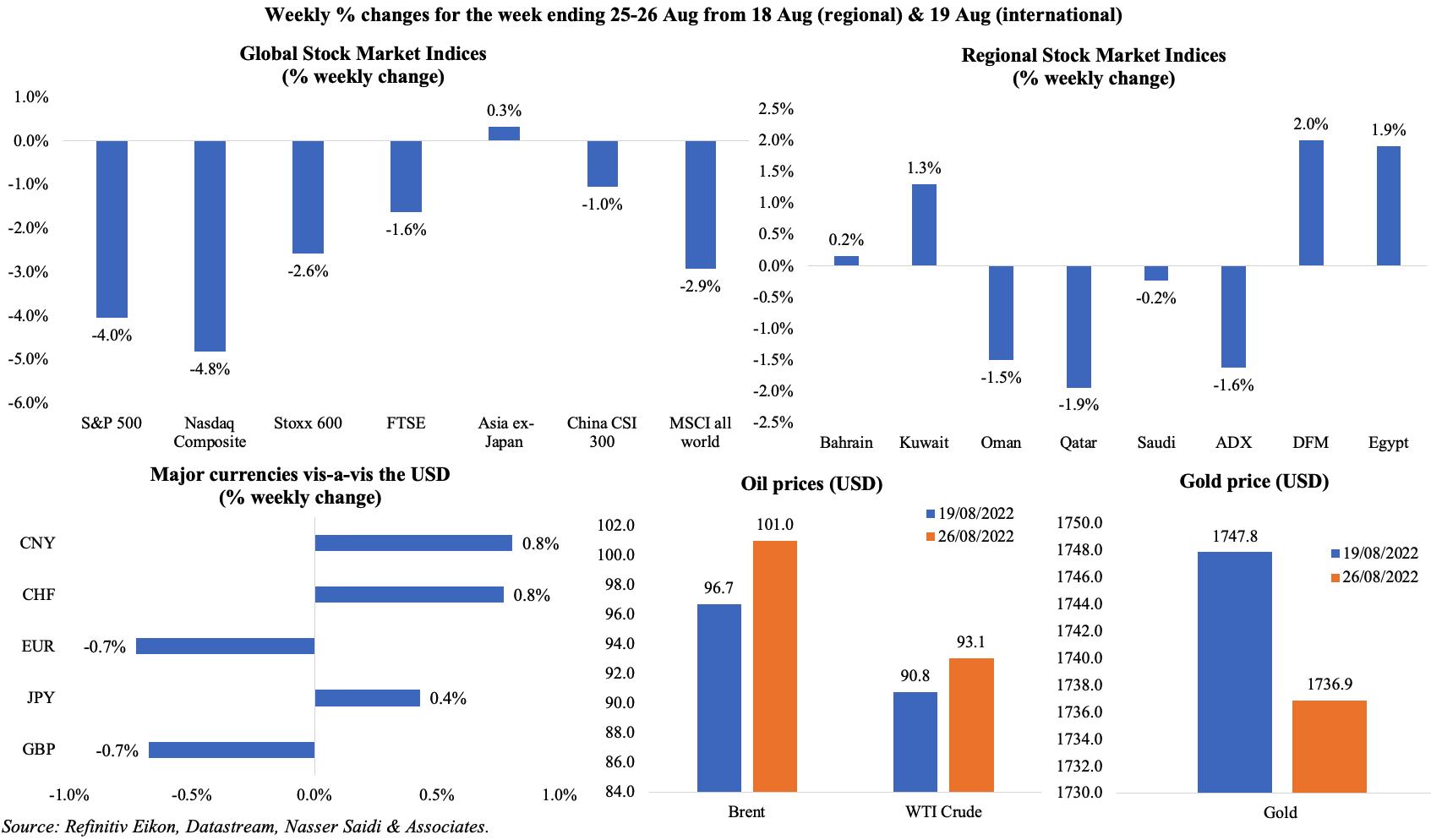 Bottom line: Last week saw the release of disappointing flash PMI numbers and a few business/ consumer confidence indices. According to S&P’s flash PMI data, output contracted to a degree that – excluding the initial pandemic lockdowns – was the steepest since the global financial crisis in 2009. A similar sentiment is likely to be evident in official PMI data from China, due this week. While economic uncertainty is rising, upcoming inflation numbers (in Europe) and US non-farm payrolls report will be closely watched by major central banks. While still early to call, recession probabilities are rising, with the UK leading the way.