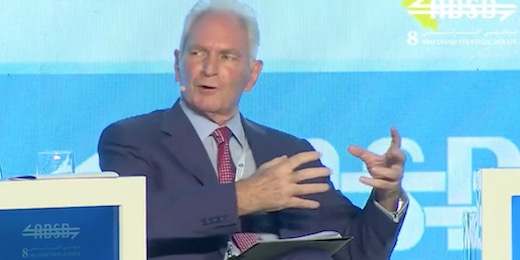 Dr. Nasser Saidi comments on the ongoing economic and financial crisis in Lebanon appeared in the July 2022 edition of The Banker, in an article, titled “Lebanese Financial Crisis Drags On”.

The comments are posted below and the article can be directly accessed on The Banker’s website (subscription only).

“The roots of [the crisis] can be traced to years of large ﬁscal deﬁcits (current wasteful spending without any build-up of infrastructure or real public assets), leading to a growing debt burden, [and] an increasingly overvalued Lebanese pound generating persistent current account deﬁcits,” Nasser Saidi, Lebanon’s former minister of economy and trade and a former BdL vice-governor, told The Banker.

“Malgovernance, endemic corruption, incompetence, failed policies and dysfunctional politics have tipped Lebanon from being a fragile state into a failed state.”

While political paralysis prevented the passage of capital control laws at the beginning of the crisis, banks applied sporadic controls from early to late 2019, tightening them further as time went on. Yet the patchwork system of the initial restrictions “allowed politicians and cronies, bank shareholders and bankers, the ‘privileged and connected’ to transfer over $10bn at the expense of continued depletion of international reserves and destruction of conﬁdence in the banking system,” Mr Saidi told The Banker.