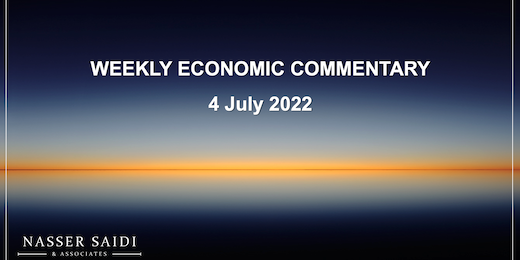 Most global equity markets ended the week lower: the S&P 500 and MSCI’s world stocks index posted the worst H1 performance since 1970 and 1990 respectively. Regional markets gained in week-on-week terms (except for Egypt), but closed lower towards end of the week on worries about slowing growth. Saudi Tadawul lost almost 12% in Q2, clocking in its worst performance since the pandemic. Among currencies, the dollar posted its best quarter since 2016 while the yen hit a 24-year low to the dollar on Wednesday and sterling touched a 2-week low. Oil markets are grappling with tight supply amid outages on one hand and worries of recession leading to lower demand on the other. Oil prices declined in Jun, for the first time since Nov; but, compared to a week ago, Brent lost ground while WTI gained. Gold price slipped last week while major other metal prices also tumbled including copper price which fell to the weakest in almost 18 months. 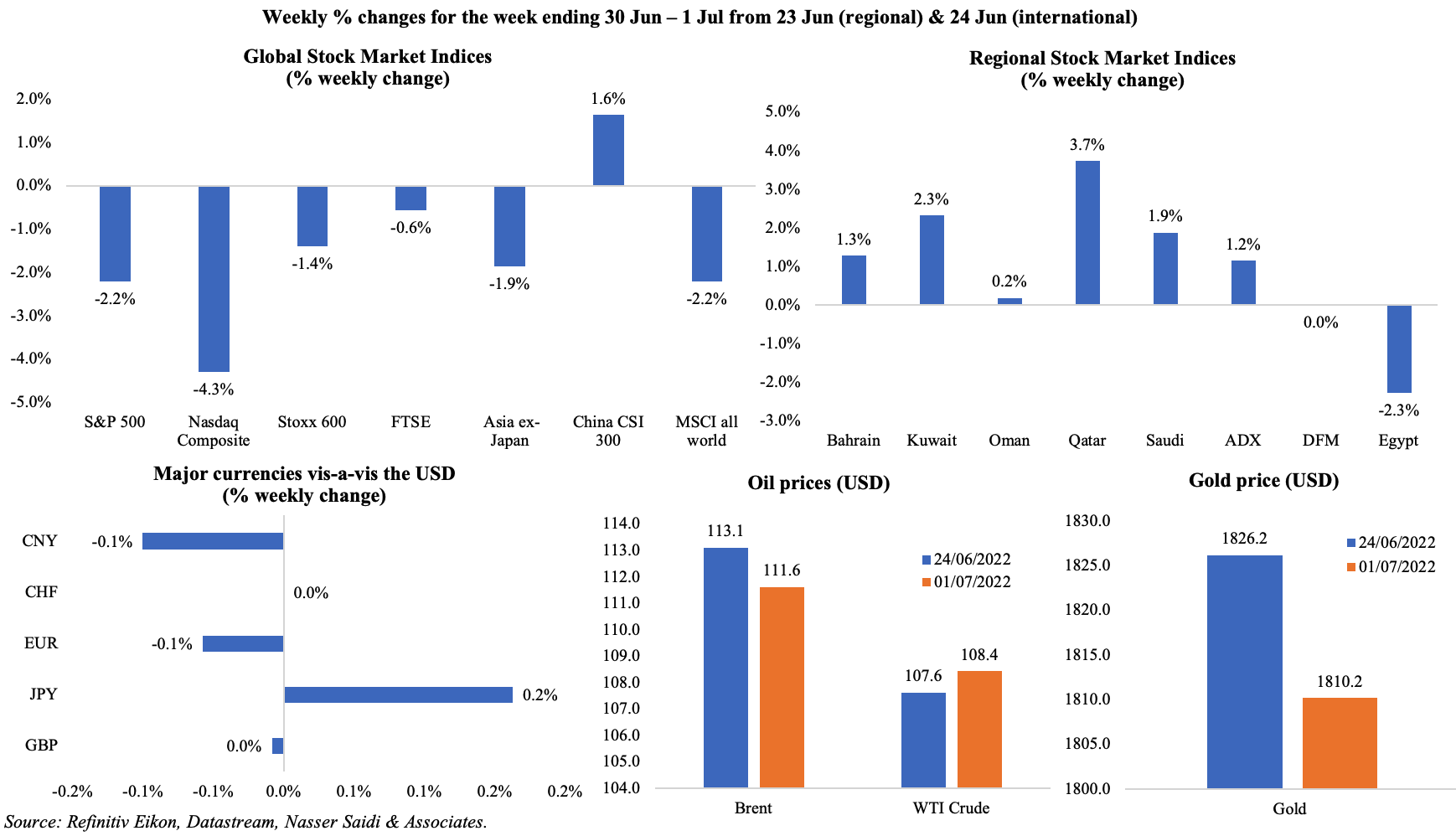 Bottom line: The global manufacturing PMI edged down to 52.2 in Jun, the lowest since Aug 2020, despite an improvement in China’s readings. Growth of new orders (a proxy for demand) deteriorated across major nations; price pressures eased as China opened after weeks of pandemic-related restrictions though energy prices continue to add pressure to costs. OPEC+ decided to add another 648,000 barrels per day in Aug (same as Jul) and refrained from discussing moves for Sep. Major releases this week include global services PMI data alongside US Fed minutes (for an insight into the monetary policy path, especially given recent hawkish comments at the ECB forum) and US payrolls (for wage inflation and labour market movements).

Can companies pay their debts as interest rates climb & the economy cools?

Political and banking deadlock may plunge Lebanon deeper into crisis