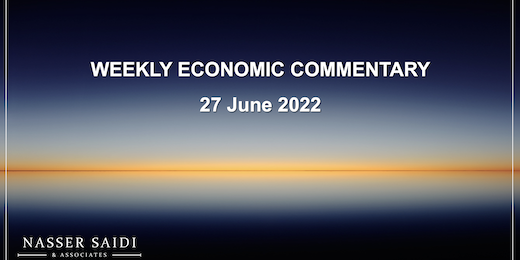 A rally on Friday supported major stock markets post a weekly gain last week, as worries about inflation and rate hikes eased: S&P posted its biggest daily gain since May 2020, Stoxx and FTSE were up and MSCI global index gained after 3 weeks of declines. Regional markets moved against the tide, with all markets falling from a week ago, as price of oil slipped; both UAE indices posted a third consecutive week of declines while Qatar’s index posted its biggest weekly drop since Mar 2020. Last week, the dollar fell while the Russian rouble climbed to its strongest in 7 years. Among commodities, industrial metal prices fell (weekly copper price fell the most since Mar 2020) as did oil prices; Brent price has fallen by about 10% in Jun, and is likely to record the biggest monthly fall since Nov. 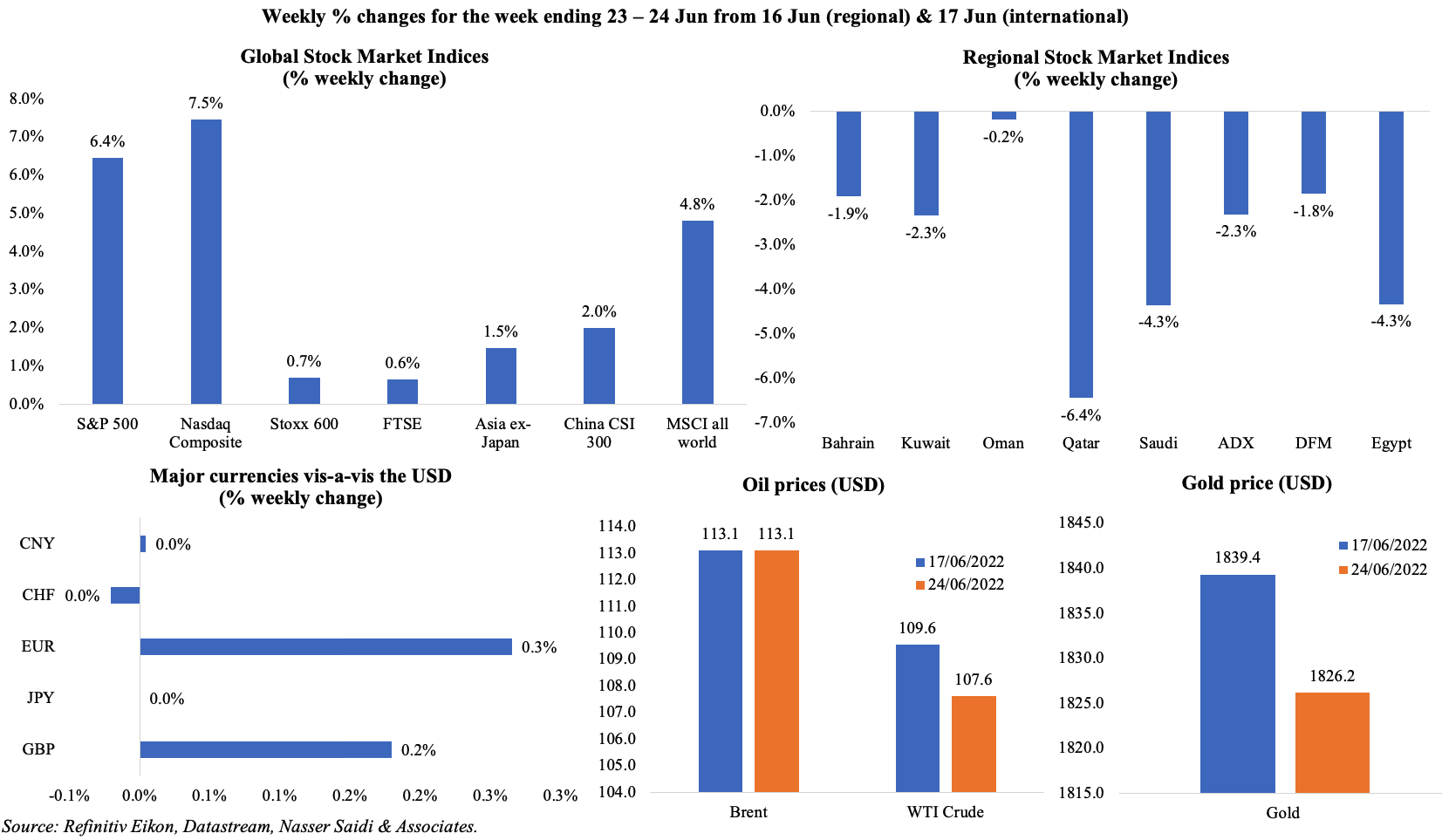 Bottom line: Recession talk is gaining ground, with the latest set of preliminary readings for manufacturing PMI posting declines across the US, Europe and Asia; also, Citi’s Economic Surprise Index has plunged for both US and Europe. This has raised hopes that central banks might not take an aggressive route as inflation nears its peak. Reuters reported that Beijing would reopen schools and resume physical classes while Shanghai declared victory over Covid after zero new local cases were reported after 2 months. If this week’s Chinese PMI shows an expansion, it will be a breath of fresh air as the economy tries to put the Covid meltdown behind it.

Inflation: a look under the hood: https://www.bis.org/publ/arpdf/ar2022e2.htm

Crypto feels the shockwaves from its own ‘credit crisis’

Why inflation looks likely to stay above the pre-pandemic norm

Why is there a worldwide oil-refining crunch?