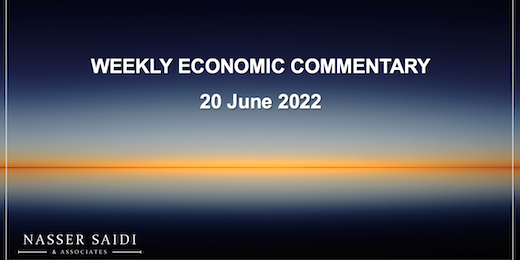 US stocks posted their biggest weekly decline in two years, as global equity markets tumbled on fears of recession (and lower corporate earnings) amid monetary policy tightening to rein in inflation. Chinese markets were slightly up last week, thanks to the efforts to support recovery post-lockdowns. Regional markets mirrored the global sentiment and were down as well, with Saudi posting the biggest drop; both UAE markets declined on growth concerns. Among currencies, the yen lost ground after the BoJ remained ultra-accommodative. Oil prices fell on concerns that slower growth could curtail demand; gold price also fell from a week ago. 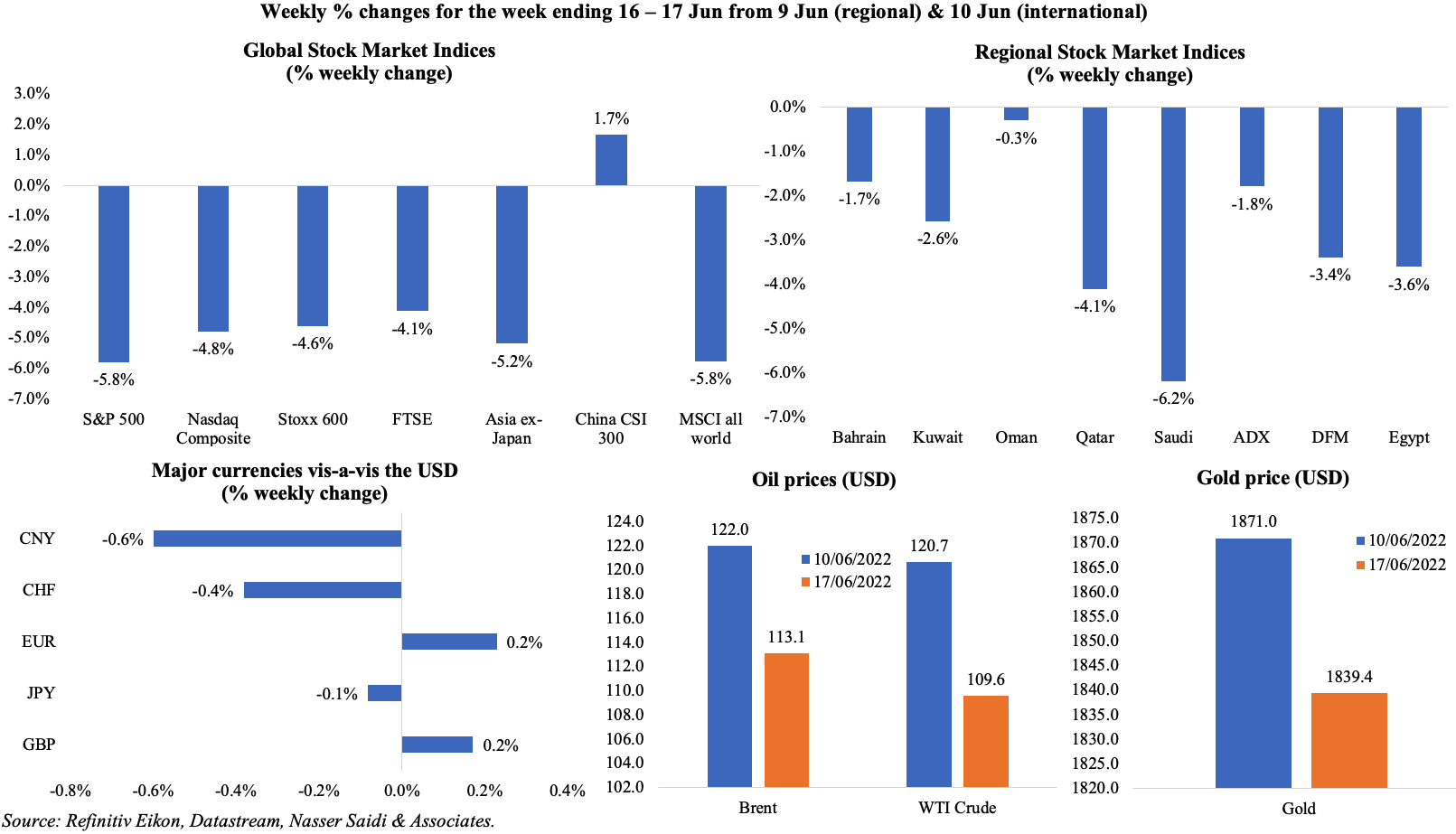 Bottom line: Last week, rate hikes were announced by major developed nations’ central banks: Swiss National Bank (50bps); the Fed (75bps); Bank of England (25bps); the National Bank of Hungary (50bps). The Bank of Japan remains the only major central bank with an ultra-accommodative policy stance, citing the current cost-push inflation as temporary, even as core CPI rose 2.1% yoy in Apr (exceeding the BoJ’s target). More than the rate hikes, the unwinding of central bank balance sheets is important given its more direct impact on market liquidity. The ECB pledged to create a “new anti-fragmentation instrument” to tackle fears of a widening gap in the cost of borrowing between stable and more vulnerable nations (and a looming debt crisis). This week’s preliminary PMI readings will be ones to watch: will higher borrowing costs have affected business sentiment? Both US and Europe readings have been in the expansionary territory (50+) all this year (vs. China’s Covid struggles and sub-50 readings during lockdowns).

Iran, Russia cargo to India via a new trade corridor

‘There’s So Much Fear’: Crypto Winter Descends on Traders