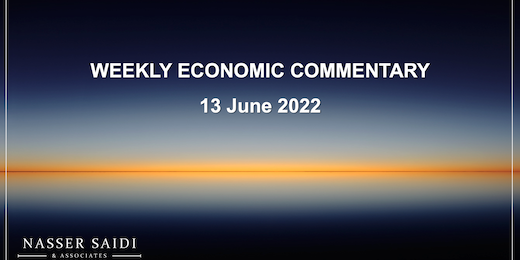 US equity markets posted their biggest weekly losses since Jan on the 8.6% high inflation reading, expectations of an aggressive rate hike and the growing likelihood of a recession. European markets also fell, after ECB disclosed its plans for monetary policy tightening. MSCI’s gauge of global equity markets also ended lower last week. Chinese equity markets were supported by strong buying from foreign investors and hopes of regulatory easing on tech firms and despite re-imposing some Covid19 restrictions in Shanghai and Beijing. The dollar index gained, rising to its highest level since mid-May while the yen hit a 24-year low against the dollar (on Monday, after touching 20-year lows last week) as Japanmaintained its ultra-loose monetary policy. Oil prices crossed the USD 120 mark though concerns are rising that high costs will reduce consumer demand amid new lockdown measures. Gold price rebounded, on its safe haven asset appeal. 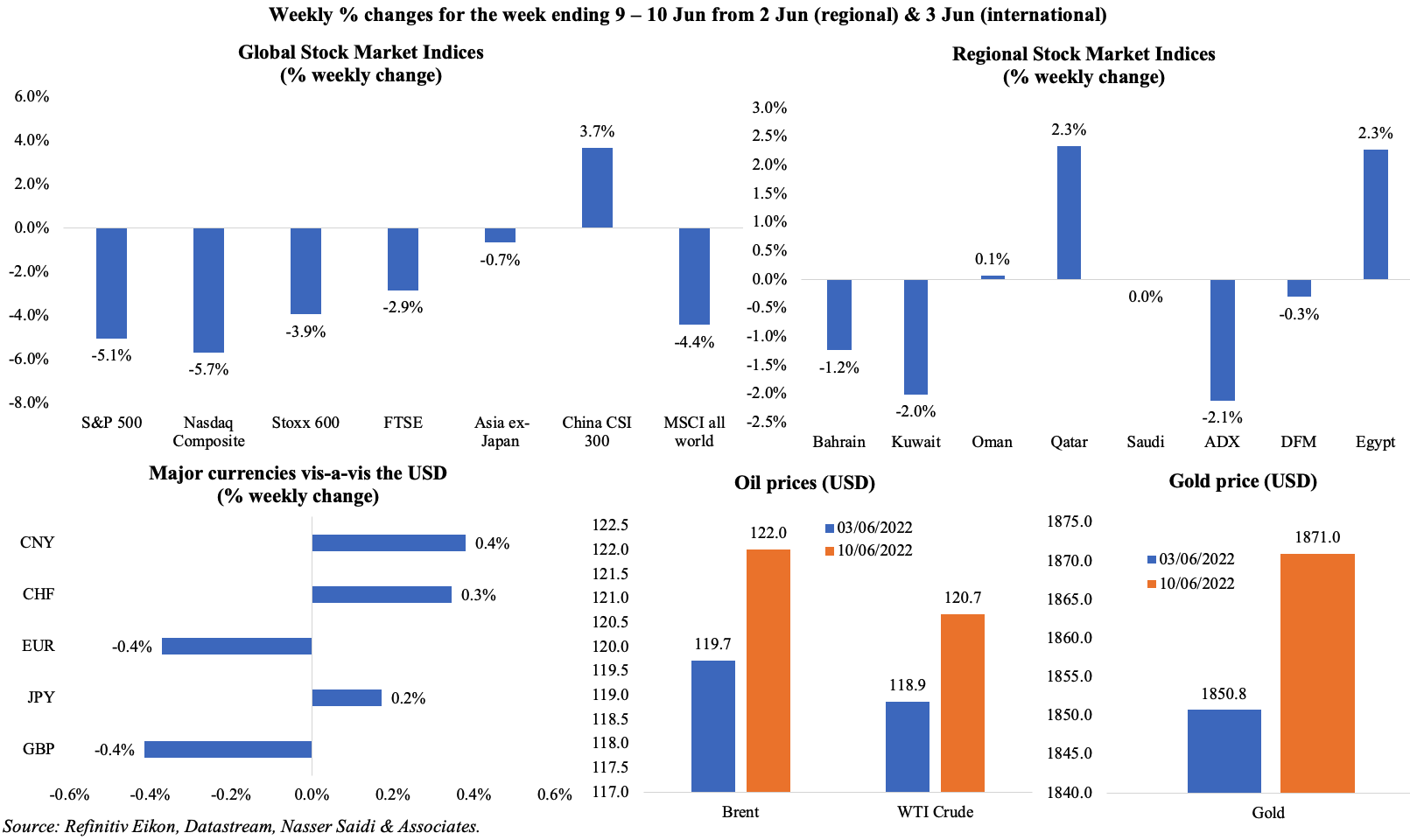 Bottom line: An eventful week with a line-up of central bank meetings. The Fed and BoE are likely to lift rates again, especially with rising cost of living amid declines in inflation-adjusted wages; a 25bps hike is expected from the BoE, especially given this morning’s GDP print (0.3% drop in GDP in Apr), though it could opt for a higher 50bps hike in line with the Fed. In contrast, the BoJ looks ready to continue with its ultra-loose monetary policy stance (its argument being that a weaker yen had generally positive effects on the economy). In a rare move, the BoJ, Ministry of Finance and Financial Services Agency released a joint statement last week aimed at bringing some stability to the USD-JPY exchange rate. It would be interesting to see if the BoJ governor’s comments post-meeting shows a shift in stance (i.e. that further weakness could be detrimental to the economy).

How to run a business at a time of stagflation

How Should Developing Countries Deal with Inflation? A Q&A With Raghuram Rajan