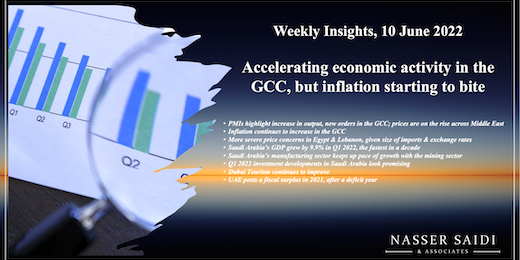 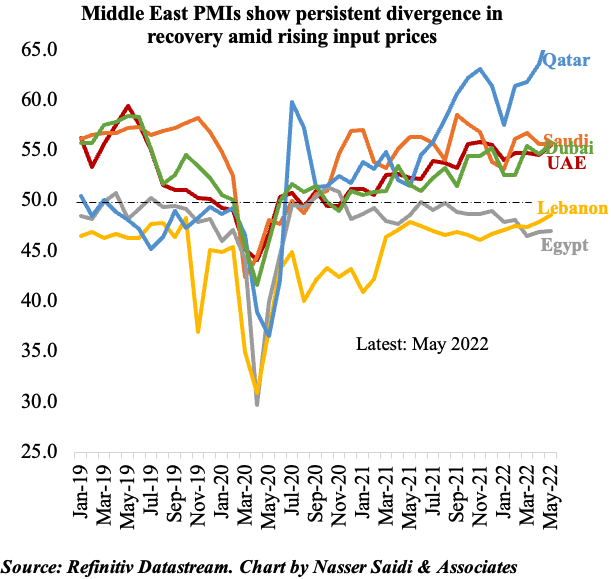 1. PMIs highlight increased activity, new orders in the GCC; inflation on the rise across the Middle East

2. Inflation rates rising across the GCC; fuel prices have surged by 50%+ in the UAE since end-2021 (costs double vs Oman) 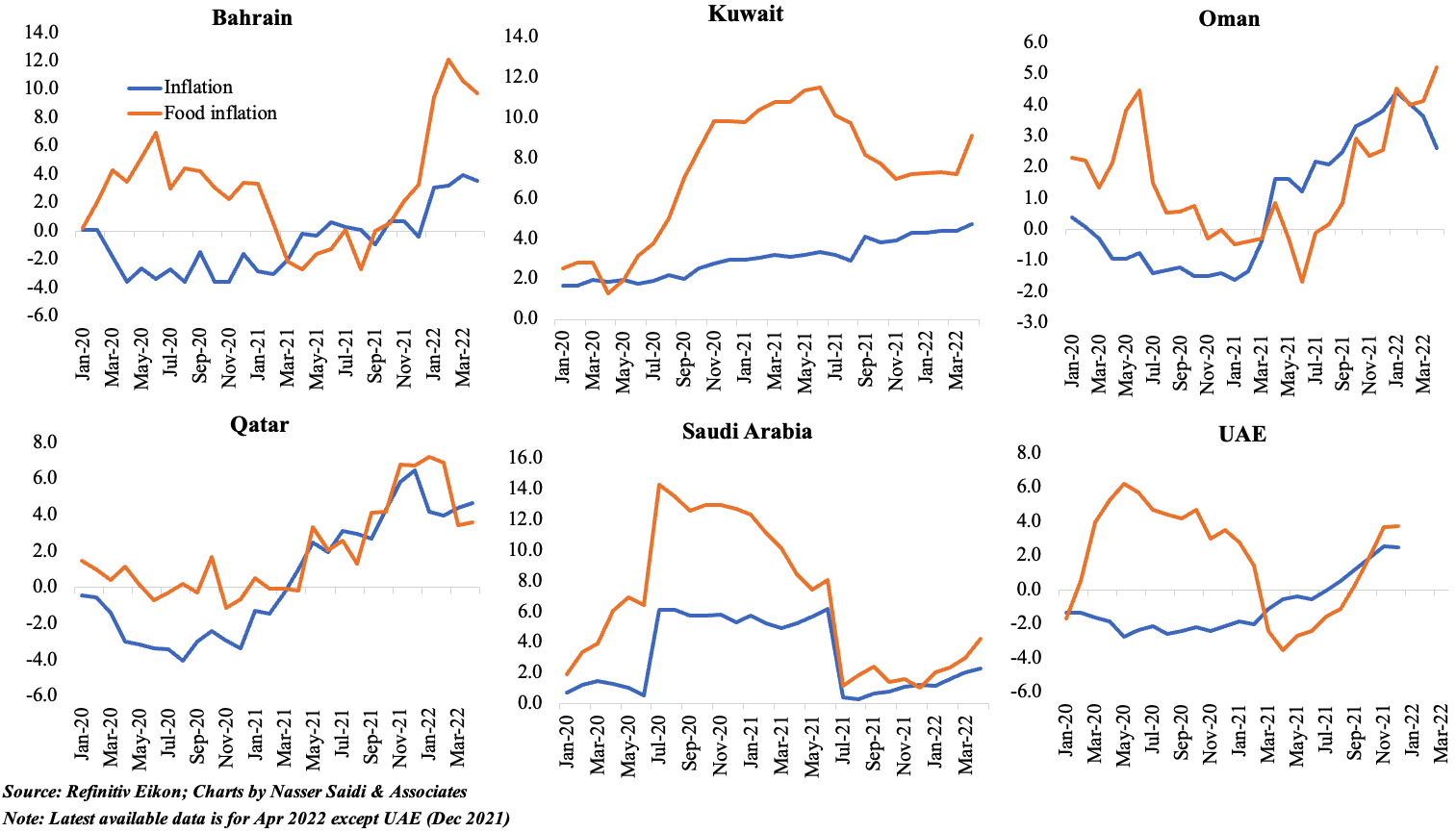 5. Saudi Arabia’s manufacturing sector keeps up pace of growth with the mining sector

7. Dubai Tourism continues to improve, though not yet at pre-Covid levels… recovery evident in Dubai PMI readings 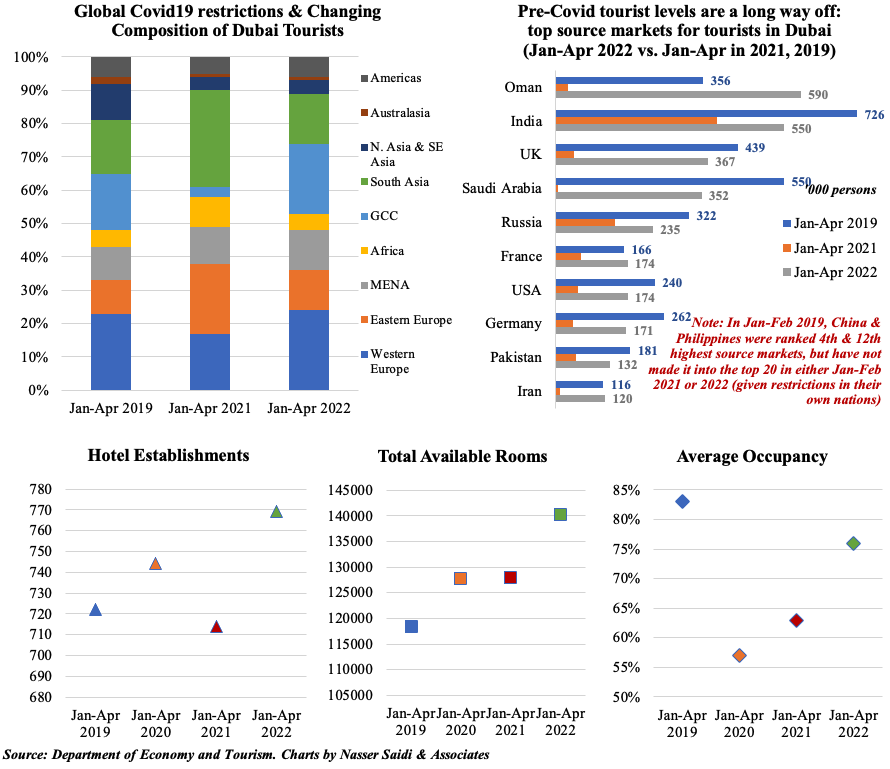 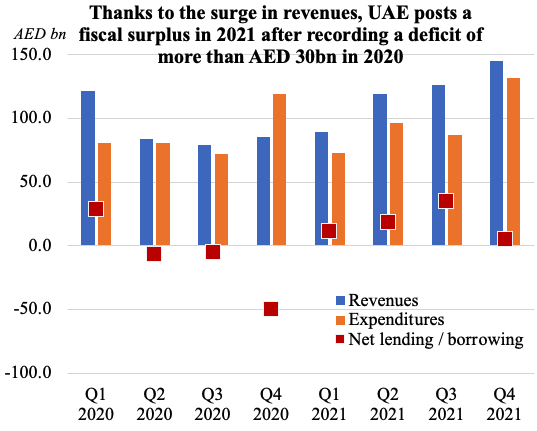