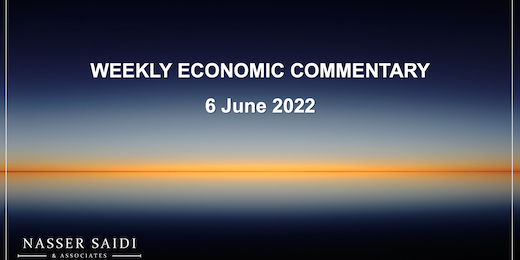 Markets are dancing to the tune of monetary tightening: signs of a tight labour market in the US sent equity markets lower last Friday, with money markets now fully pricing in 50bps rate hikes by the Fed in June and July. European equities also ended the week lower, as the latest higher inflation data strengthens the case for ECB rate hikes. Asian stocks picked up as China relaxed Covid lockdowns and announced stimulus measures to lift sentiment. Regional markets were mostly up. The dollar index edged higher, while also rising to a more than 3-week high vis-à-vis the yen. Oil prices closed higher compared to a week ago, with the Brent just shy of USD 120 a barrel, given the OPEC+ agreement to boost crude output and on news of a higher-than-expected decline in US crude inventories. Gold prices rose towards the end of the week supported by payrolls data though it slipped by a meagre 0.1% from a week ago. 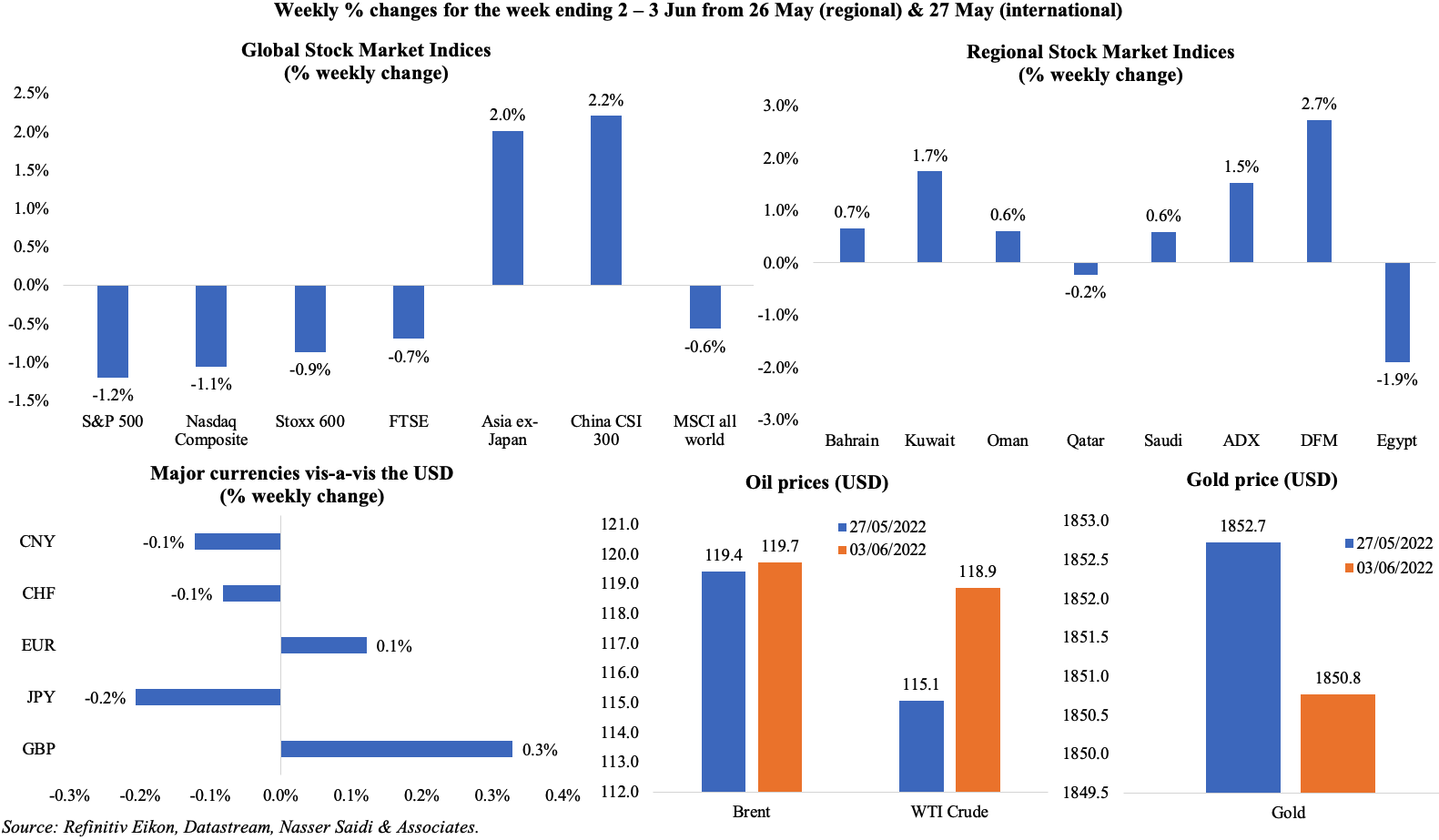 Bottom line: The uptick in inflation continues to be the main story, with last week’s record high readings from Europe. EU’s partial ban on Russian oil imports is likely to further lift inflation rates. If the ECB does not raise rates soon enough, it risks falling “behind the curve” in comparison to every major central bank – the only question remains as to how big the rate hike in July needs to be. In the meantime the OPEC+ agreement to accelerate oil production in July and August by 650k barrels per day (from earlier planned increase of 400k bpd) remains quite modest and accounts for just over 0.4% of global demand over the two months – for now it is unlikely to be sufficient to calm oil markets and drive down prices. China’s PMI readings for May (when it started to open up cautiously,) showed some respite though it still remains in contractionary territory: what remains to be seen is how fast the logistical issues can be resolved and more importantly whether there will be any deviation from the zero-Covid policy stance followed so far (risks remain that the nation could head into further lockdowns if cases increase). Elsewhere, the rhetoric remains the same: supply chain disruptions (owing to Russia-Ukraine war, raw material shortages, and China’s lockdown) and inflationary pressures are hurting business sentiment. Weaker consumer demand and easing of supply chain pressures could potentially tame inflation in the coming months; for now, housing, food and energy prices seem likely to remain relatively high.

World Bank: more work to be done for GCC economies to break away from oil