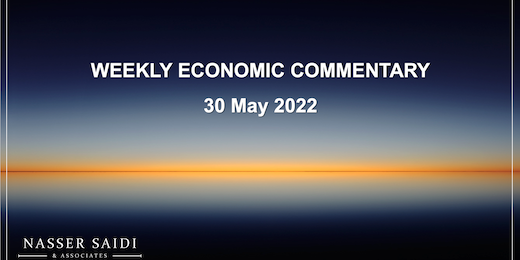 US equity markets recovered after a 7-week losing stint (thanks to strong retail and tech earnings), while European shares and UK’s FTSE indices posted the best weekly gain since mid-March (the latter supported by banks and retailers). Regional markets were mostly down, though Saudi recorded its first weekly gain in 3 weeks. The dollar weakened last week and looks poised to post a monthly drop in May (after 5 months of gains) while the euro rebounded to a 1-month high; the yuan is not far off its weakest levels since 2020. Oil prices were near 3-month highs ahead of the OPEC+ meeting this week while gold price also closed 0.4% higher than the week before. 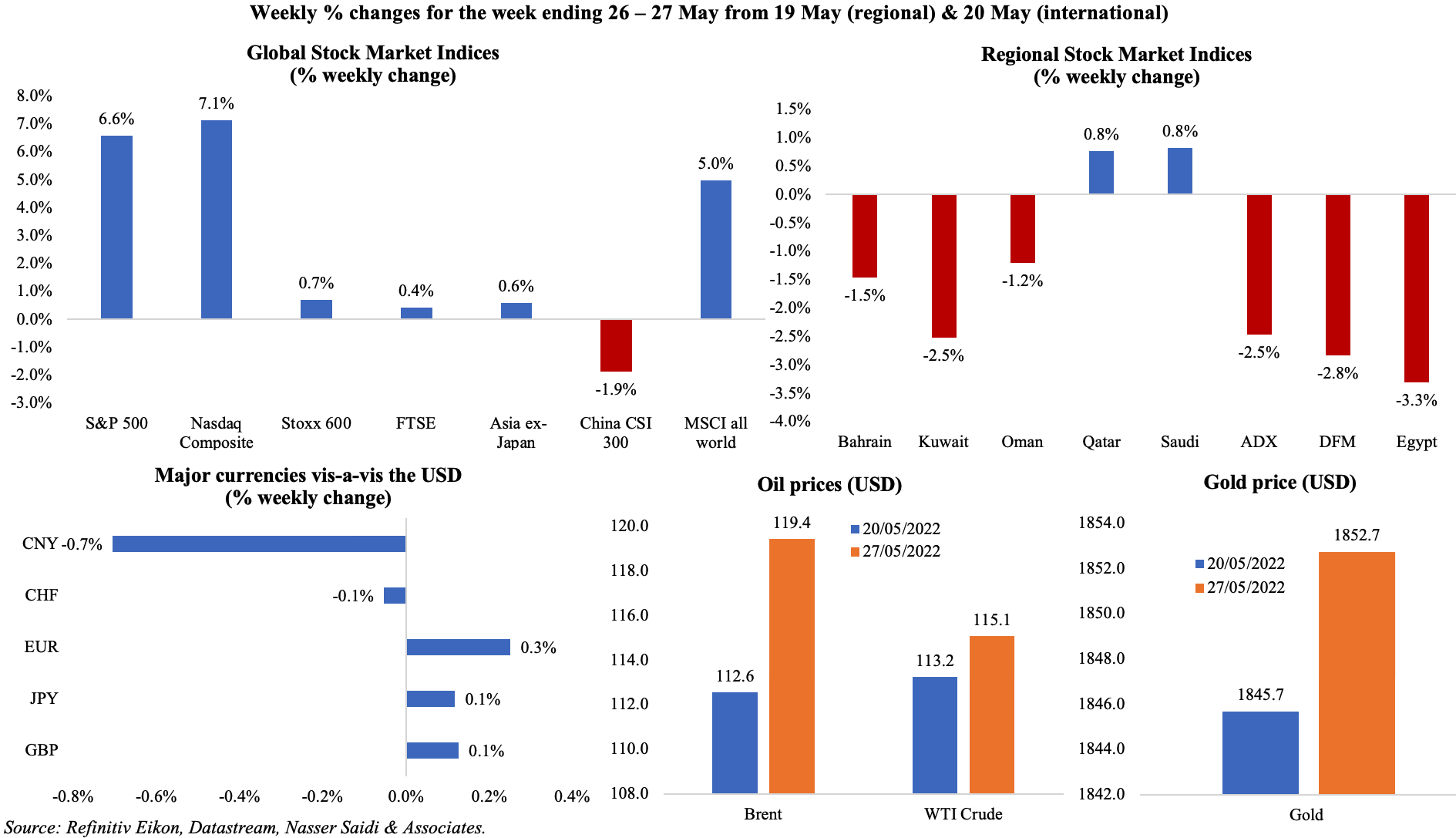 Bottom line: The flash manufacturing PMI readings showed slowing growth in major developed economies; China will be watched to understand how its persistent lockdowns have affected demand and supply: some cities starting to come out of months-long lockdowns from June will likely lift sentiment. Meanwhile, central banks will be scrutinising jobs report (in the US) and inflation (in the EU) to assess the pace of rate hikes and monetary tightening. Lastly, OPEC+ meets this week – while the G7 have urged a boost in oil output, it seems unlikely that the OPEC+ benefiting from the oil price windfall will increase by more than what was previously committed.