Comments on IMF’s MENA economic recovery, The National, 24 May 2022 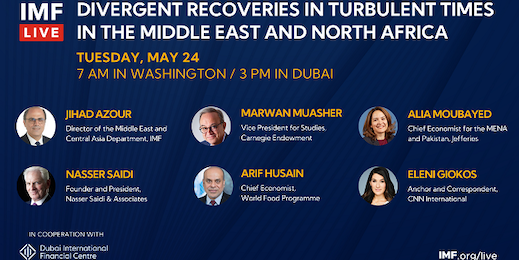 Lebanon’s economy collapsed after it defaulted on about $31 billion of eurobonds in March 2020, with its currency sinking more than 90 per cent against the dollar on the black market. Political bickering and indecision by the previous parliament forced the economy into a tailspin.

Inflation in the country has continued to surge and reached 206 per cent in April as the country elected a new parliament, which will have to put in place reforms to secure $3bn from the IMF.

“A middle income country has been reduced to a third world, or even, fourth world country in the short space of two years.”

While there is “some optimism in that there is change in the political landscape”, the likelihood of the new government forcing unpopular reforms is low, he added.