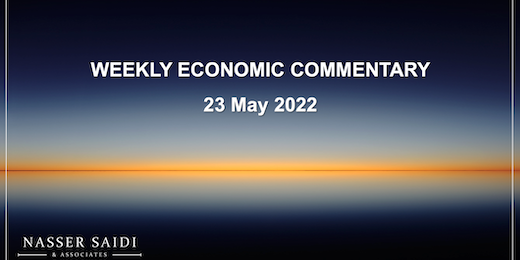 Equity markets had a mixed week: fears of inflation and potential recession is swaying equity market performance. Asian markets performed better than their US and European counterparts, thanks to China’s key lending rate cut to support its economic recovery. S&P 500 recovered slightly after moving into bear market territory on Friday. Among regional markets, most declined during the week, with Abu Dhabi the shining star (supported by gains in International Holding Inc, news of the Borouge IPO and streamlined access for investors). The dollar slipped to a 2-week low last week, posting sharp declines against the JPY and CHF as volatility increased across markets. Oil prices hit an 8-week high early in the week before pulling back later, while closing slightly higher. Gold price gained after 4 consecutive weeks of ending in the red. 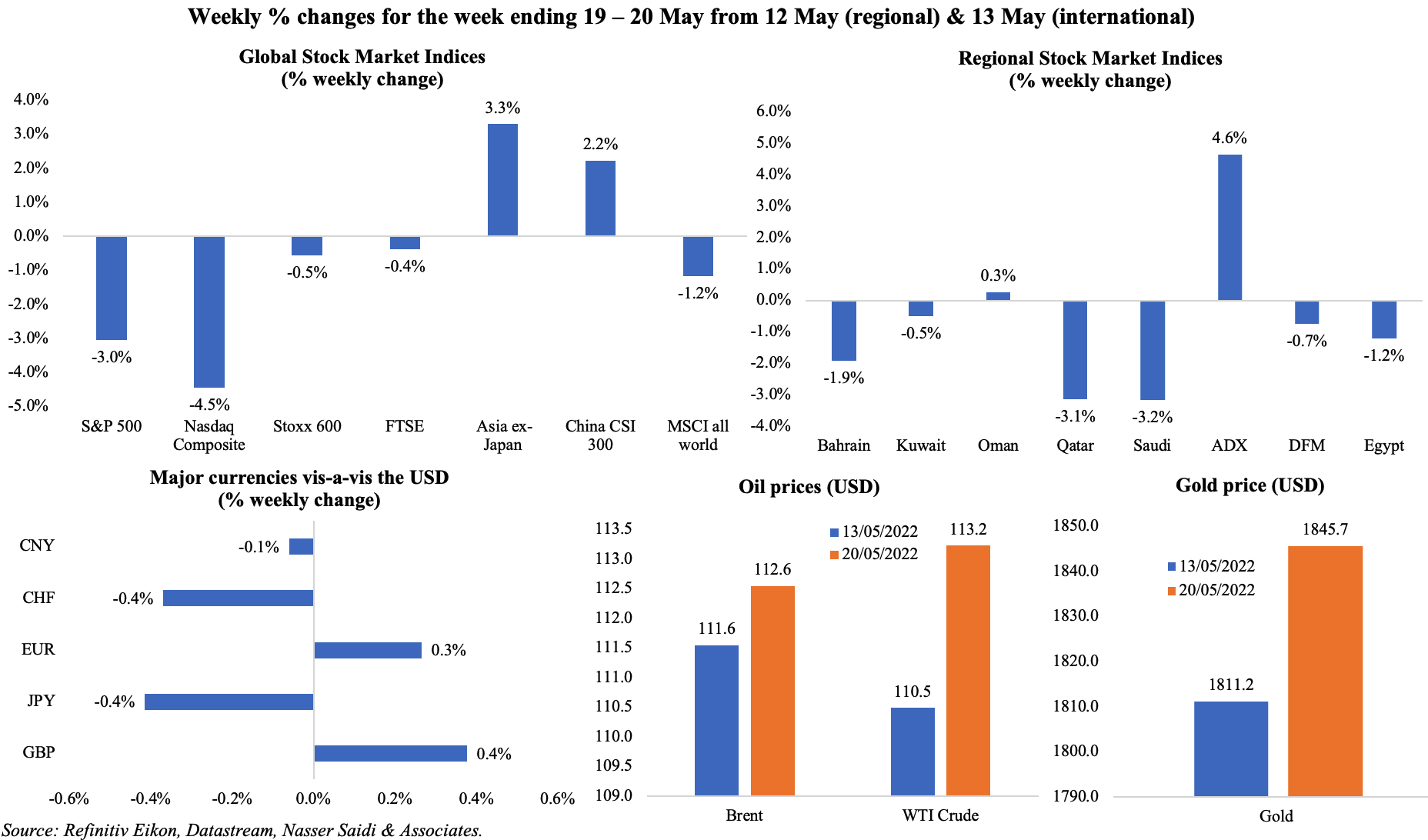 Bottom line: With runaway inflation recorded across many markets and lockdowns having a substantial painful impact on China’s growth (various data indicators released last week), recession talks are gaining ground. Even stock markets are likely to be affected: corporate margins will be affected by rising input prices, as pointed out in many retailer earnings reports. On the other hand, food security issues are rearing its ugly head as the Ukraine-Russia war continues. In this backdrop, the Russian rouble became the best performing currency this year, after it closed at the highest level in 5 years last week (as more European nations complied with paying for natural gas in the Russian currency). Global debt surged to a record USD 305trn Q1 2022, according to the IIF: this amounts to more than 348% of global GDP but is about 15 ppts below the peak in Q1 2021 due to higher nominal income growth.

“Jobs Undone: Reshaping the Role of Governments Toward Markets and Workers in the Middle East and North Africa”: World Bank report

Factbox: What is the make-up of Lebanon’s new parliament?