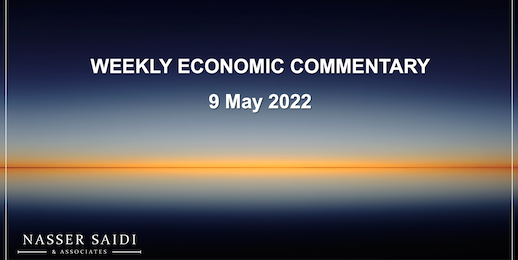 Major global markets again ended in the red last week: though markets cheered the Fed hike initially, heavy selling afterwards meant that both S&P 500 and Nasdaq posted a 5th consecutive weekly decline (worst streak since Jun 2011 and Nov 2012 respectively); declines were also seen across pan-European Stoxx 600, MSCI all world and even emerging market stocks.  Regionally, many markets were closed for Eid holidays, but gained as markets reopened yesterday. The BoE’s recession warning pushed the GBP to a 2-year low while the dollar continued to surge (touching a two-decade high during the week); the CNY closed at 6.6651 on Fri (from 6.608 the week before), and after the disappointing export numbers this morning it has crossed the 6.7 per dollar mark. Oil prices increased for the second consecutive week, as EU tweaked its sanctions plan and OPEC+ stuck to its modest monthly increase in production. Gold price declined by 1.7% compared to a week ago. 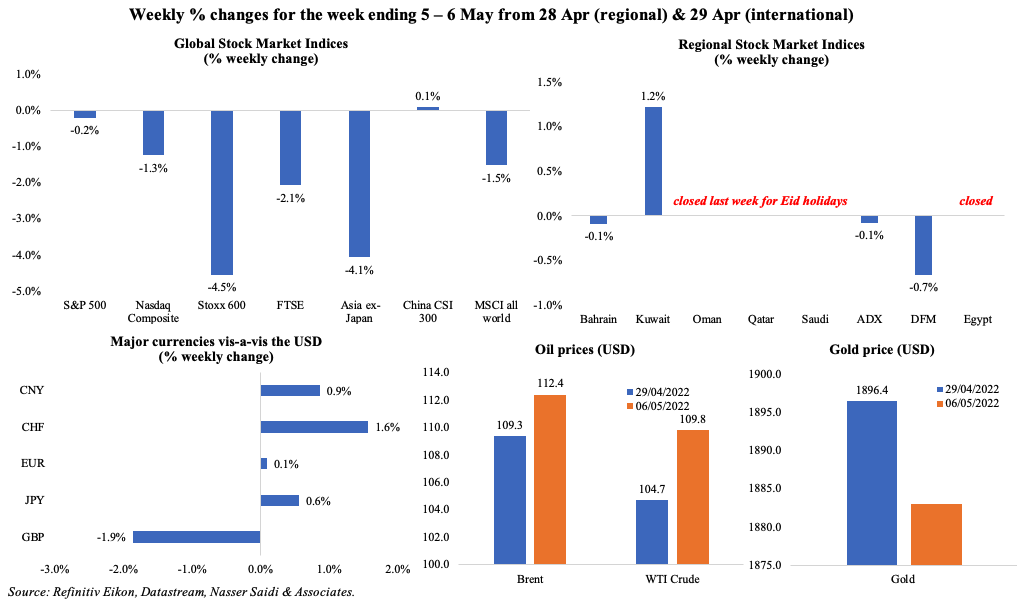 Bottom line: Global manufacturing PMI fell to a 22-month low of 52.2 in Apr, with manufacturing output slipping to contractionary territory (48.5) given the drop in China’s production volumes due to tightened Covid restrictions; excluding China, global manufacturing output ticked up to 53.2.  In contrast, Kiel Trade Indicator data shows that global trade inched up by 2.1% mom in Apr in spite of the war in Ukraine and China’s restrictions though highlighting congestion in container shipping (11% of all goods shipped globally stuck). OPEC+ stuck to its existing plan of a modest increase in production in Jun, by 432k barrels per day (Reuters reported that the meeting was wrapped up in 15 minutes, with no discussions about sanctions on Russia). Meanwhile, inflation continues to be the major talking point as central banks across the globe rolled out rate hikes (Fed’s 50bps hike, an unscheduled meeting and 40bps hike in India, a surprise hike from Australia, Chile’s bigger-than-expected 125bps hike and expected increases in Brazil – for the 10th consecutive time – and UK). As data from China indicates its rising economic struggles (China’s PMI and export readings), chatter is strong about recession worries (e.g. BoE’s warnings). Investors will closely watch US inflation numbers this week to see if there’s any slowdown in the pace of increase.

Why NOPEC, the bill to crush the OPEC, matters

Rystad Energy: $2.5trn in cash to flow from oil and gas sector to government coffers in 2022

The Fed Does Not Deserve All the Inflation Blame: https://www.project-syndicate.org/commentary/us-federal-reserve-inflation-blame-by-kenneth-rogoff-2022-05

Bill Gates explains “How to Prevent the Next Pandemic”