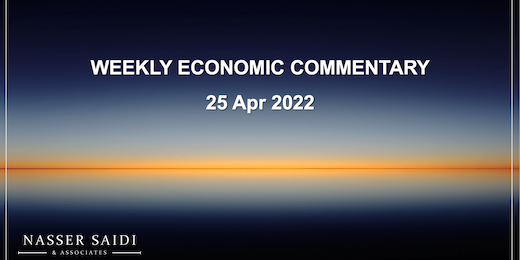 Major global markets ended in the red again last week: in the US, S&P 500 dropped the most in 7 weeks, while tech stocks fell more given some worse-than-expected earnings results (most notably Netflix); Covid outbreaks and lockdown fears led to a plunge in Chinese markets. In the region, UAE was the sole bright spot while lower crude prices led most other markets lower. The dollar surged on expectations of upcoming rate hikes, the pound sterling dropped to an 18-month low (on weak retail, consumer confidence and flash PMI readings) and Japanese yen fell to a 20-year low of 129 versus the greenback last week, as the Fed and BoJ policies diverge. Oil prices fell nearly 5% on growth concerns and possibility of extended lockdowns in China. 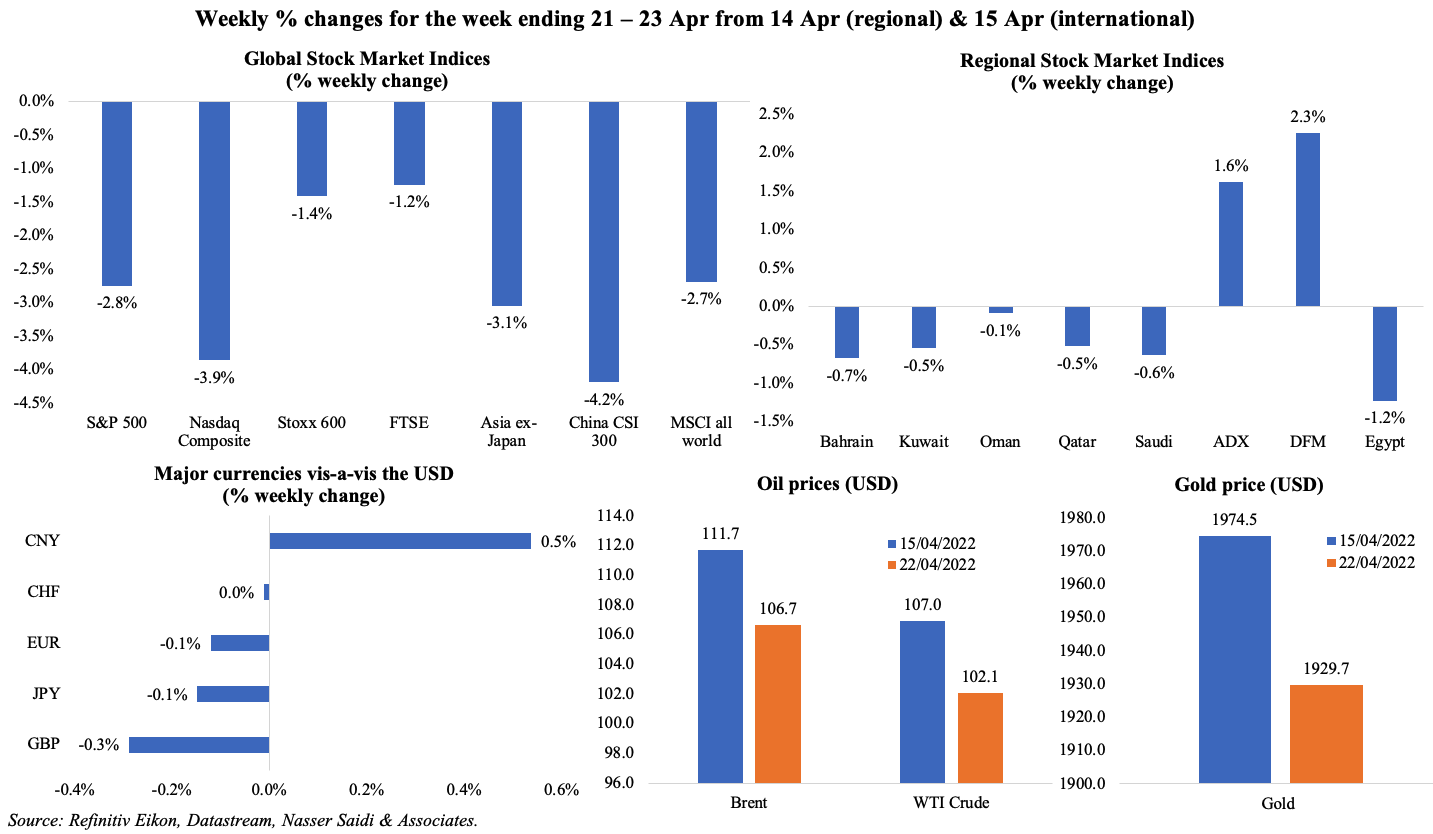 Bottom line: The IMF revised its global economic growth forecast down to 3.6% in 2022 and 2023 (2021: 6.1%), with the ongoing Russia-Ukraine war and rising inflation key drivers of the downgrade in the growth forecasts, amid monetary policy tightening and withdrawal of pandemic stimulus. This week, in addition to earnings from major US firms (Alphabet, Amazon, Apple and Meta), the Bank of Japan meets and is widely expected to remain dovish (the yen is already tumbling, given divergence of its policy from the Fed). Flash manufacturing PMI in Europe has seen multi-month lows and suggests higher inflation readings in the near-term; China’s extended lockdowns will exacerbate supply woes (one in 5 container ships is stuck at ports worldwide now), adding on to further price rises.