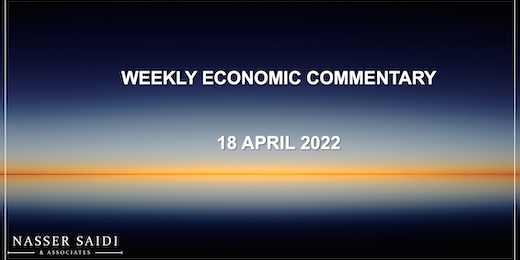 Major global equity markets ended in the red last week, with mixed earnings results and economic data (rising inflation). In the region, Saudi Tadawul and UAE’s DFM gained, the latter supported by DEWA’s IPO; UAE’s ADX fell after news that First Abu Dhabi Bank withdrew its offer for a controlling stake in Egypt’s EFG Hermes (Thursday saw EFG Hermes plunge by nearly 20% – its biggest % decline in more than 5 years). The euro hit a nearly two-year low vis-à-vis the dollar as the ECB decided to leave rates unchanged but cautioned about inflation risks while the yen tumbled to a two-decade low vis-à-vis the dollar given the BoJ’s pledge to continue stimulus measures to support economic recovery (in contrast to tightening signals elsewhere). Oil prices surged by more than 8% from a week ago while gold inched up by around 1.5%. 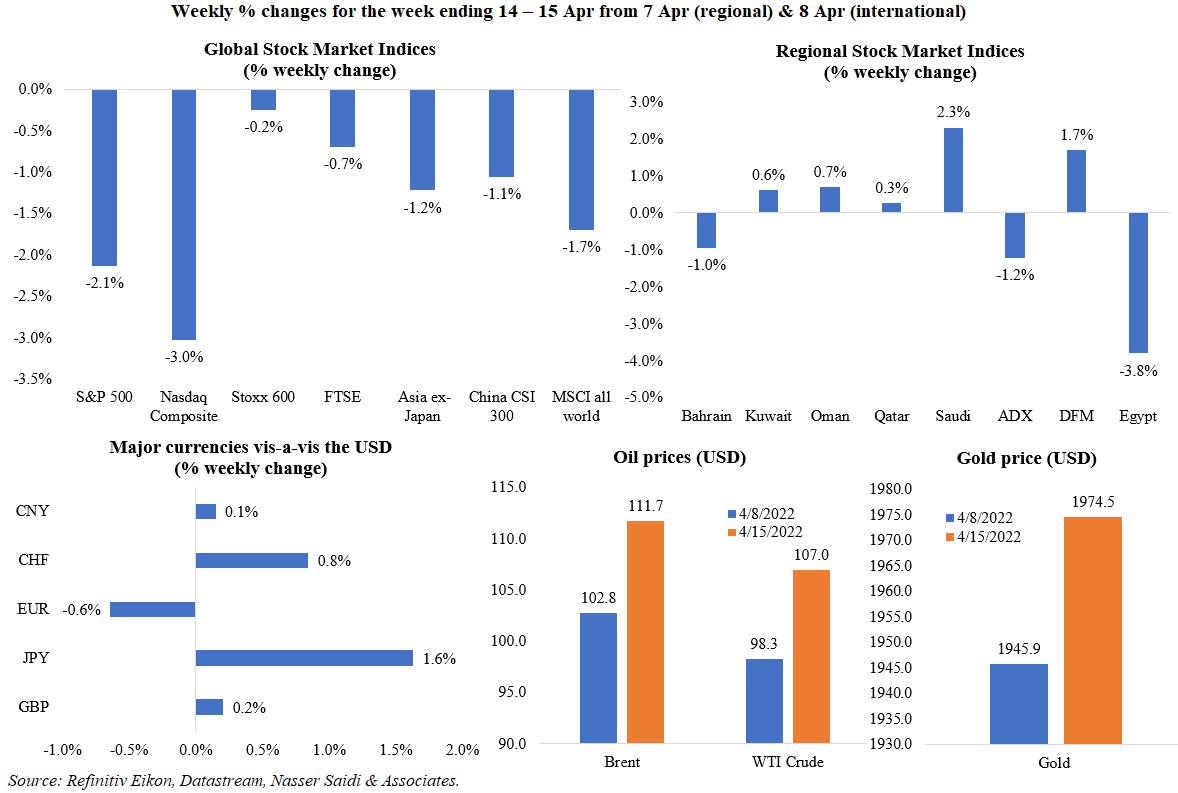 Bottom line: The IMF’s World Uncertainty Index was climbing again, given the war in Ukraine, with war-related uncertainty accounting for 40% of the global total. The Cboe Volatility Index (Vix) has remained higher than its historic median of 17.6 for most of this year. With the ongoing Russia-Ukraine war, Shanghai in lockdown and high inflationary pressures, it is no surprise that global economic growth forecasts are being revised down. The IMF’s World Economic Outlook report will be released this week: the MD has already stated that growth forecasts will be downgraded for around 143 countries in both 2022 and 2023, given “a crisis on top of a crisis”. The WTO has slashed global trade growth to 3% this year (from 4.7% previously) because of the impact of the Russia-Ukraine war and warned of a potential food crisis. The World Bank in its latest update to MENA region nations has warned that net importers of fuel and food remained the most vulnerable. Lastly, climate change initiatives seem to be sent to the backseat again: in a major reversal, the US has allowed oil and gas leases to resume on federal land, as Biden battles the rise in pump prices.