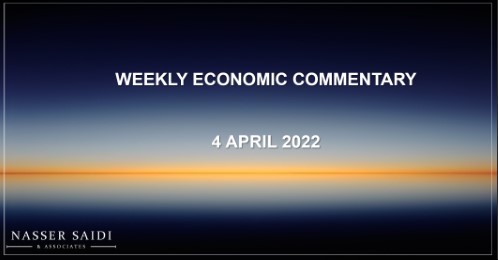 Global markets were mostly up except for China where the recent lockdowns (even in its financial capital) are leading to higher uncertainty alongside fears of potential US delistings absent greater disclosure of financial information. However, the S&P 500 posted its first quarterly loss since the beginning of the pandemic (though rebounding in Mar). Most regional markets gained from the week before: Dubai performed well given the interest in DEWA’s IPO and later news about the increase in offered shares, while Saudi Tadawul touched its highest level in 16 years on Tuesday, The euro has been weighed down by worries about the fallouts from the ongoing war in Ukraine, while the yen hit a 7-year low on Monday, and was down by more than 5% ytd. Oil prices declined by about 13% last week, after the announcement of the largest ever release of US strategic oil reserves as well as the 2-month truce in military operations in Yemen. 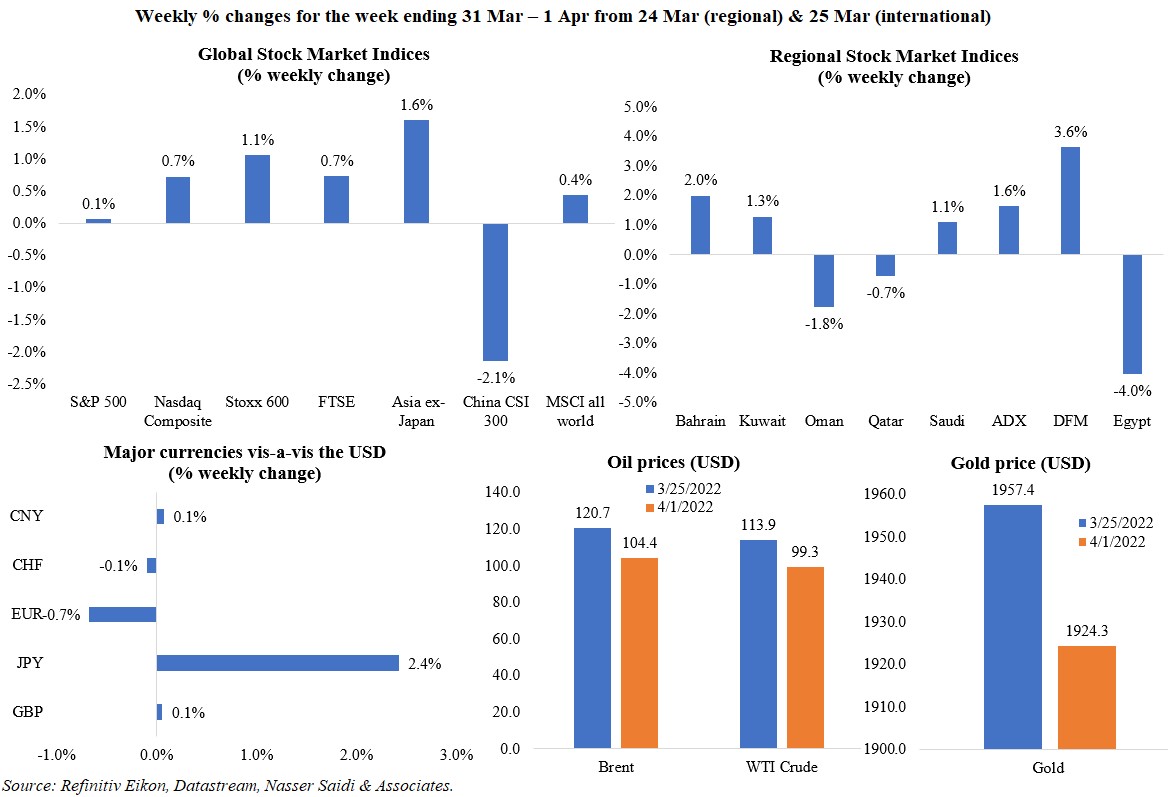 Bottomline: PMI data indicate that supply chain issues and rising prices amid the war in Ukraine is dampening demand and confidence of European businesses. Meanwhile in China, where all PMI indices were below the 50-mark, it is the prolonged lockdowns that are denting business confidence. This was also evident from Japan’s PMI where though the headline index expanded, export orders fell (given links with China) and till date, China seems to be unwavering in its zero-Covid policy. Separately, reeling from the effects of inflationary pressures, volatile asset prices and rising interest rates, global fundraising in capital markets reached only USD 2.3trn in Q1 – this was the smallest since 2016 and down from USD 3.2trn+ in Q1 2021, according to Refinitiv. This week’s Fed minutes should shine a light on how aggressive the Fed is willing to be regarding rate hikes and how quickly it plans to rein its USD 9trn balance sheet. Lastly, even as the world is coming to terms with the war in Ukraine, comes news of political turmoil in both Pakistan and Sri Lanka. In the backdrop of the domestic economic and financial crisis, Sri Lanka’s central bank chief resigned (less than 7 months after taking up this role) after the resignation of all Cabinet ministers.

Feeling the Heat: Adapting to Climate Change in the Middle East and Central Asia

Big Tech is rushing to build VR and AR headsets

Is the New Stagflation Policy-Proof?