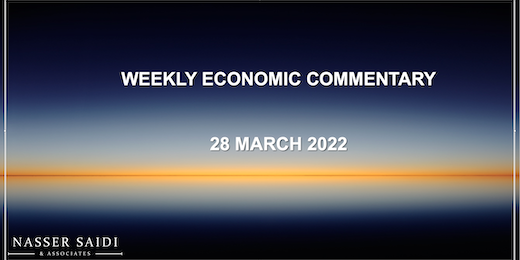 Global markets showed a mixed picture last week, with US equities supported by a tech rally (amid rising US Treasury yields) while Stoxx600 and Chinese equities ended the week lower. The MSCI all world index posted gains for a 2nd consecutive week. Regional markets were mostly higher compared to a week ago, with Egypt’s index posting the biggest percentage gain in nearly 2 years (4.5%) last Monday when the central bank hiked rates. Oil prices increased (first weekly gains in 3 weeks) after an attack on a Saudi Aramco facility in Jeddah while safe haven assets gold and the Swiss franc remaining robust. 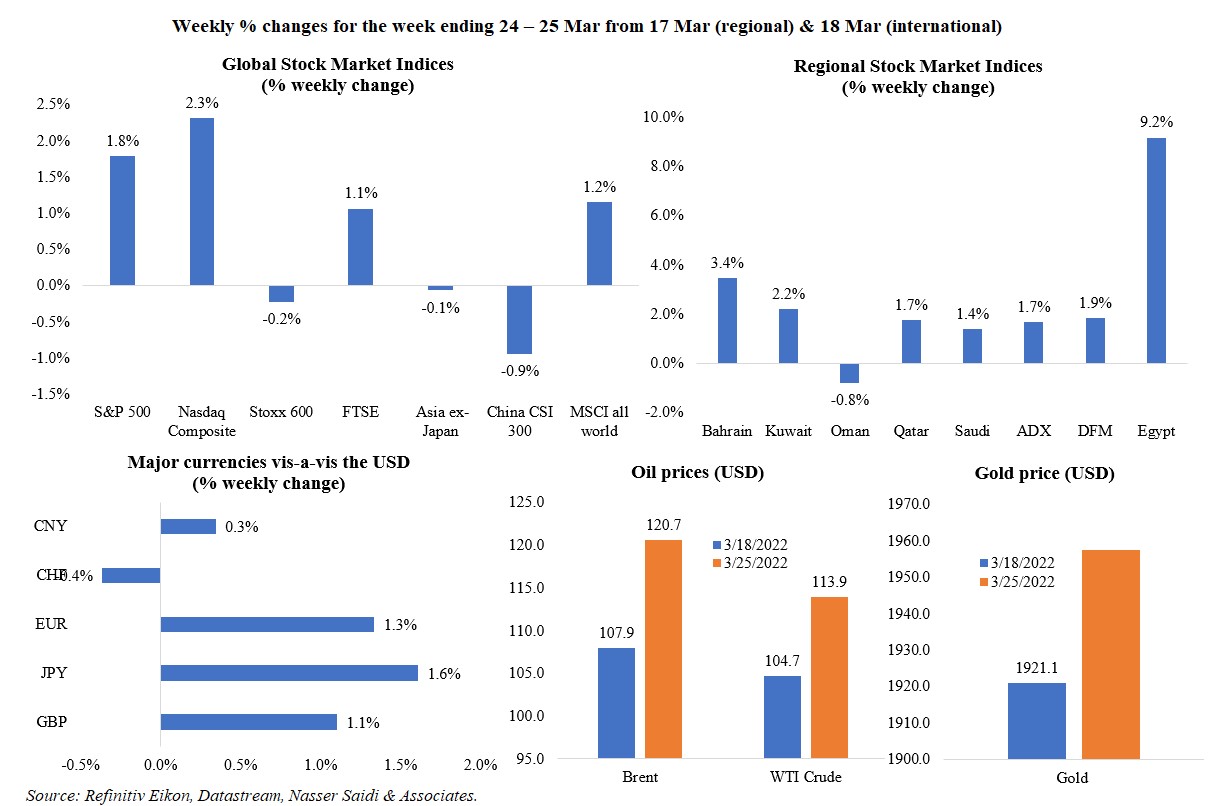 Bottomline: The OPEC+ meeting this week is likely to result with staying on track (calling to raise output by 400k bpd) given that the current uptick in prices is largely due to geopolitical reasons (but, Russia’s oil production is estimated to fall by as much as 3mn barrels per day from Apr). With calls for a complete ban of energy from Russia gaining traction, the call from Putin to pay in roubles is making several nations uneasy (check our Media Review section for a recent IMF working paper that explores the erosion of dollar dominance). Eyes are on inflation numbers from the eurozone this week: the flash PMIs have equivocally shown rising costs of both inputs and outputs, paving the way for a new record high (up from Feb’s 5.9%) i.e. more than 3 times the ECB target of 2%.

When it comes to oil, the global economy is still hooked

War with Russia? Finland has a plan for that