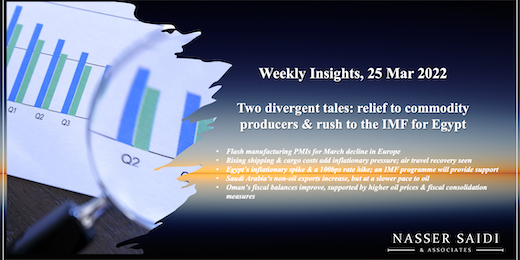 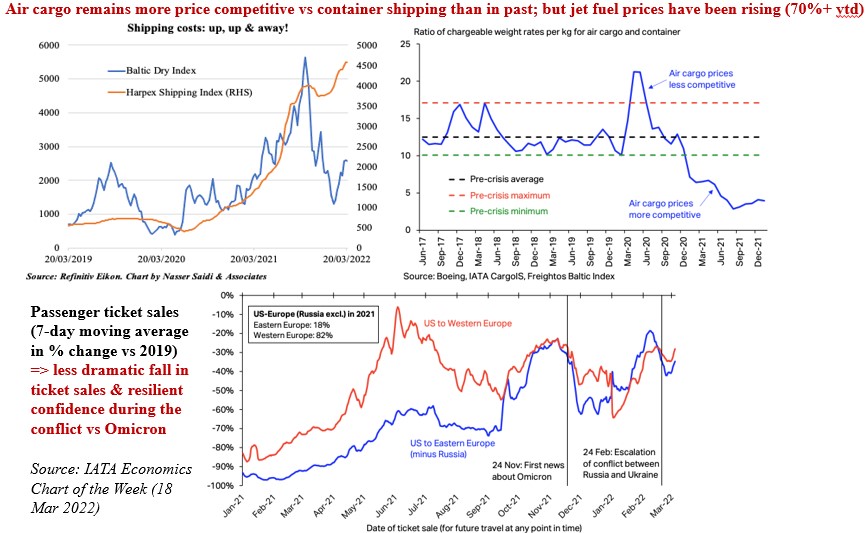 Egypt has been severely affected by the ongoing Russia-Ukraine conflict. 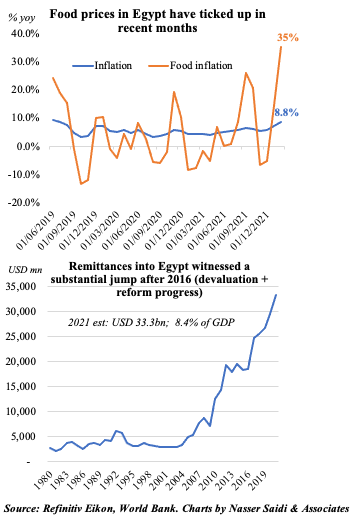 Monday’s rate hike by 1% has turned real interest rate positive; this, along with allowing the pound to depreciate by 14% will attract FDI and remittance inflows. Last year, remittances into Egypt stood at USD 33.3bn, making it the top recipient in MENA

The government also announced a EGP 130bn economic relief package, which will work in its favour for the requested IMF support to implement a “comprehensive support programme”

4. Saudi Arabia’s non-oil exports increase, but at a slower pace than oil, given the surge in oil prices 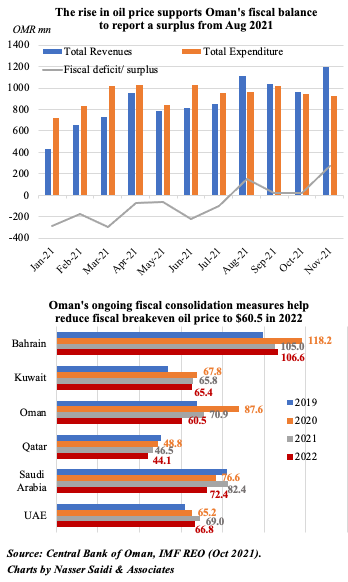