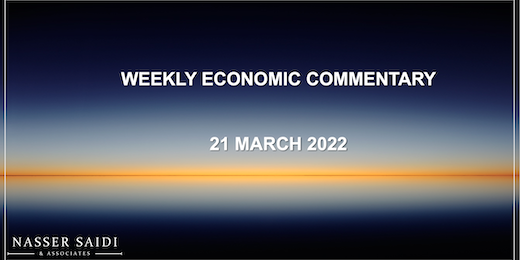 Global markets mostly gained as investors calmed down after a Russian bond payment (thereby avoiding a sovereign default) amid major central banks tightening monetary policy (and Fed’s aggressive rate hike plans). While negotiations are ongoing in the Russia-Ukraine conflict, there was sufficient focus also on the call between US President Joe Biden and his Chinese counterpart Xi Jinping. That no surprises came from the latter discussions supported US markets (which had the best week since Nov 2020), especially the tech-heavy Nasdaq. Regional markets were mixed: lower oil prices sent indices down, with financial and industrial stocks dragging down UAE’s DFM while Egypt gained by around 2.6% from the week before. The dollar hit a fresh 6-year high versus the yen, oil posted losses for the 2nd consecutive week (highly volatile week, given tight supplies) and gold prices dropped by 3.2% (the biggest weekly decline in nearly 4 months). 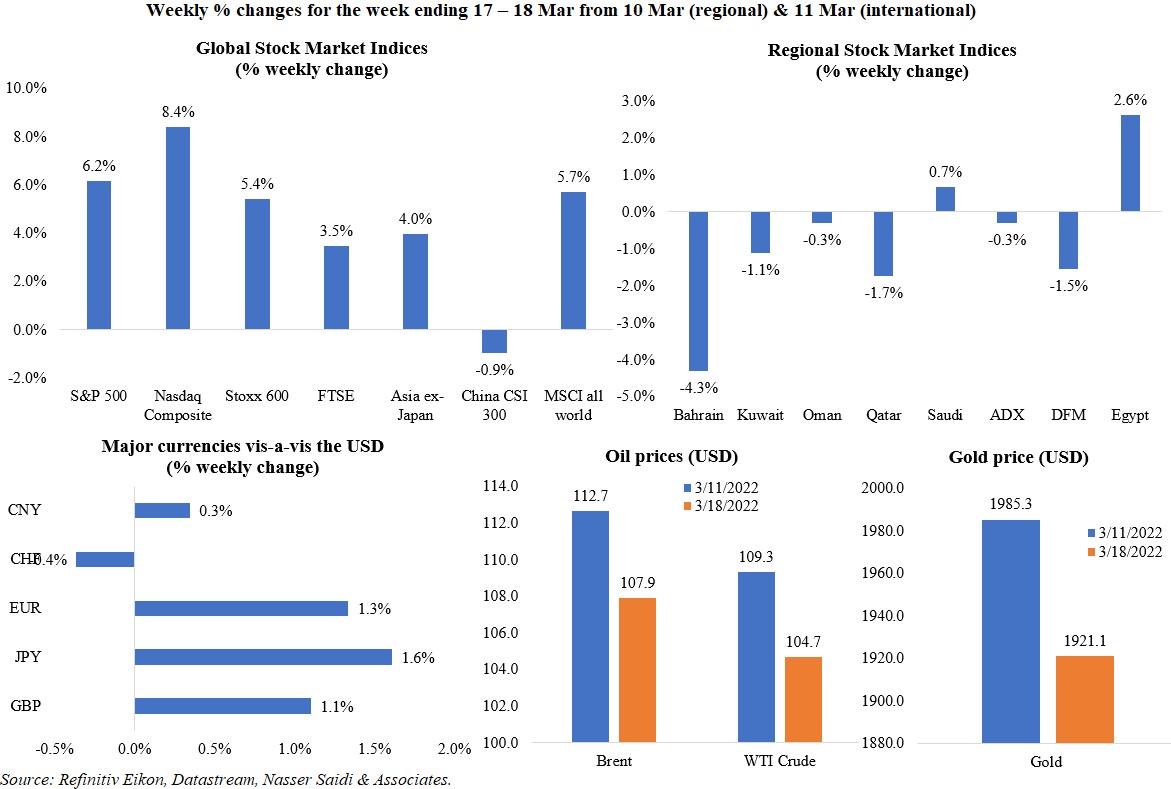 Bottomline: Even as diplomatic talks continue with no solution in sight (yet), the Vix index (“fear gauge”) has edged much lower. Multiple options are being explored to address fears of oil supply shortages –neutral-stanced India is planning to buy Russian oil directly (at deep discounts, under a rupee-rouble arrangement), the West is studying the easing of restrictions on Iran and Venezuela and the IEA set out an ambitious 10-point plan to reduce global oil demand (including car-free Sundays, work from home for up to 3 days a week when possible and avoiding business travel; more: https://www.iea.org/reports/a-10-point-plan-to-cut-oil-use). This week flash PMIs will be released, and if the slump in latest ZEW survey numbers are anything to go by, expect some significantly lower estimates (especially given higher commodity prices).

Hurting from sanctions on Russia, India is losing faith in the West