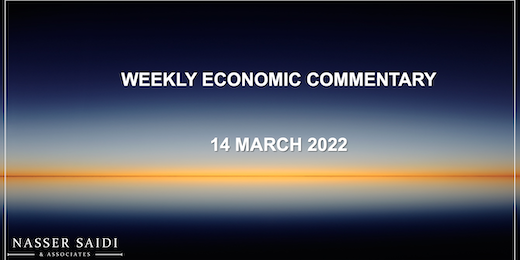 Global markets had a rough week, with markets mostly down as the Ukraine war continues and as investors prepared for an interest rate hike from the Fed this week. Stoxx600 and FTSE posted weekly gains, after 3 consecutive weeks of losses. In the region, all oil exporting nations gained except for Saudi Arabia and the UAE – which was open on Fri and closed lower. The dollar strengthened touching a 5-year high versus the Japanese Yen while the euro dropped. Oil prices had a volatile week, posting the biggest single day decline (since early days of Covid) mid-week, and ending lower between 5%-5.5% compared to a week before. Gold continued its safe-haven rally, up close to 1%. 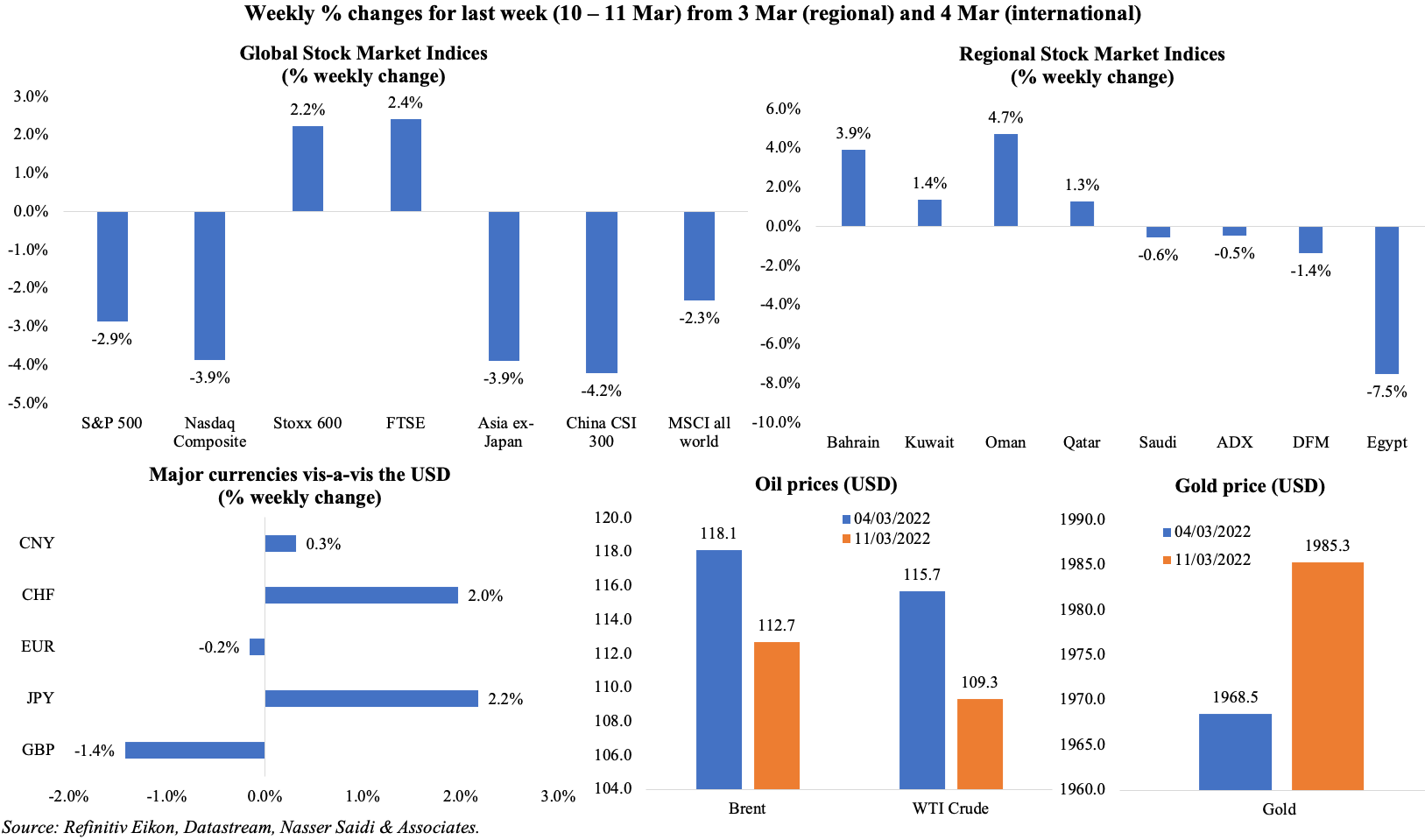 Bottomline: In the backdrop to the war in Ukraine, the Fed meets this week and is expected to raise interest rates by 25bps. The Fed is pinning its hopes on the hike to slightly dampen inflation (at 7.9% in Feb) though the conflict has sent commodity prices surging. The World Bank estimates that a 10% rise in oil price that persists for several years can cut growth in commodity-importing developing economies by a tenth of a percentage point. And with Russia-Ukraine negotiations dragging on with no solution in sight, at this stage, a global recession is emerging as a strong possibility, a stagflation scenario. Add to this, China is shutting down various cities including Shenzhen and Changchun given new Covid cases – these restrictions will hit many company operations including Toyota, Apple supplier Foxconn, Huawei and Volkswagen among others, adding to further global supply disruptions/ delays.

What Le Corbusier got right about office space: Undercover economist

The IMF’s Agreement with Argentina Could Be a Game Changer

How much extra oil could OPEC+ pump to cool prices?

Why crypto is unlikely to be useful for sanctions-dodgers