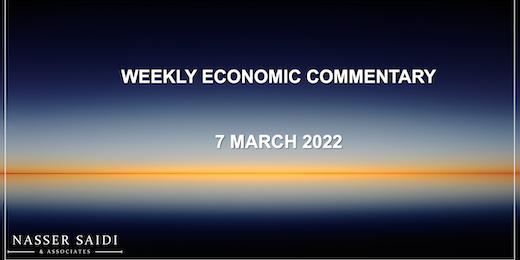 Global markets were mostly down compared to the week before, on escalating geopolitical tensions which dominated headlines. European markets tanked to near 1-year lows and net outflows from the region’s equity markets hit USD 6.7bn in a single week (the highest in 5 years). Asian shares hit 16-month lows amid a surge in safe-haven assets (like government bonds and gold) while oil prices (both Brent and WTI) crossed the USD 130 mark. Regional equity indices were boosted by higher oil prices, as Abu Dhabi posted its biggest weekly gain since Jan 2021 and Aramco shares touched a high of SAR 45 before closing lower. The euro slipped below USD 1.1 for the first time in almost 2 years while also posting a new 7-year low vs the CHF. 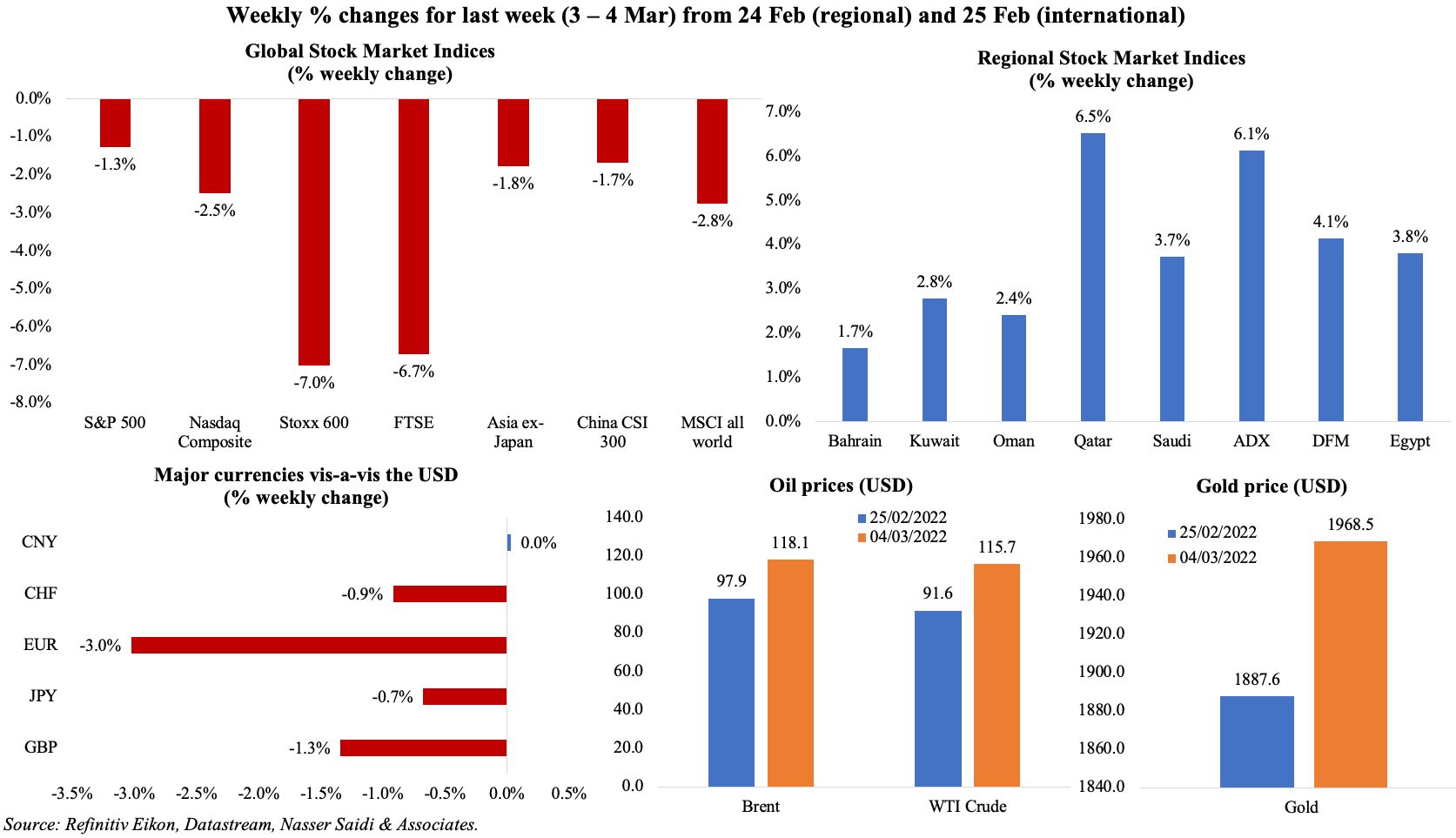 Bottomline: Global manufacturing PMI inched up to 53.6 in Feb (Jan: 53.2), thanks to “faster increase in production, new business and employment”, but the “rosy” outlook will likely be negatively affected by the current geopolitical turmoil. OPEC+ agreed to stay with the gradual oil output rise (400k bpd in Apr) last week. Oil prices have since then jumped on worries about supply disruptions: these surges will be reflected in input costs (& subsequently output prices) shortly, leading to further increases in global inflation. Oil price is already up by about 25% in 2 weeks, and any US or EU ban on Russian oil will further complicate matters.