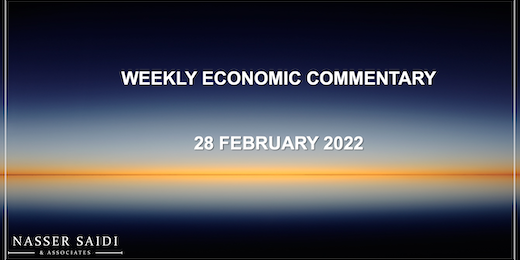 Global markets last week were in turmoil after the Russian invasion of Ukraine, which has since seen tight sanctions from the West including selected banks being banned from the Swift financial network. Thursday alone saw almost USD 1trn being wiped off the value of global stock market; many markets rebounded on Friday. At the end of the week, both S&500 and Nasdaq ended on a positive note while the MSCI World Index was down 0.7%. Most Middle East markets tumbled on concerns about disruptions to energy supply due to the invasion while UAE markets (which were open on Friday) stablised. The surge in oil and gas prices were the most dramatic: Brent almost reached USD 105 a barrel in early trading this morning; potential disruption of grain shipments from both Ukraine and Russia – which could affect countries in North Africa significantly (especially wheat) – also saw future prices rise higher (wheat prices touched the highest since mid-2008). Demand for safe haven assets weakened on Friday, including gold price: it had touched USD 1973.96 on Thursday, the highest since Sep 2020, but ended lower by end of the week. 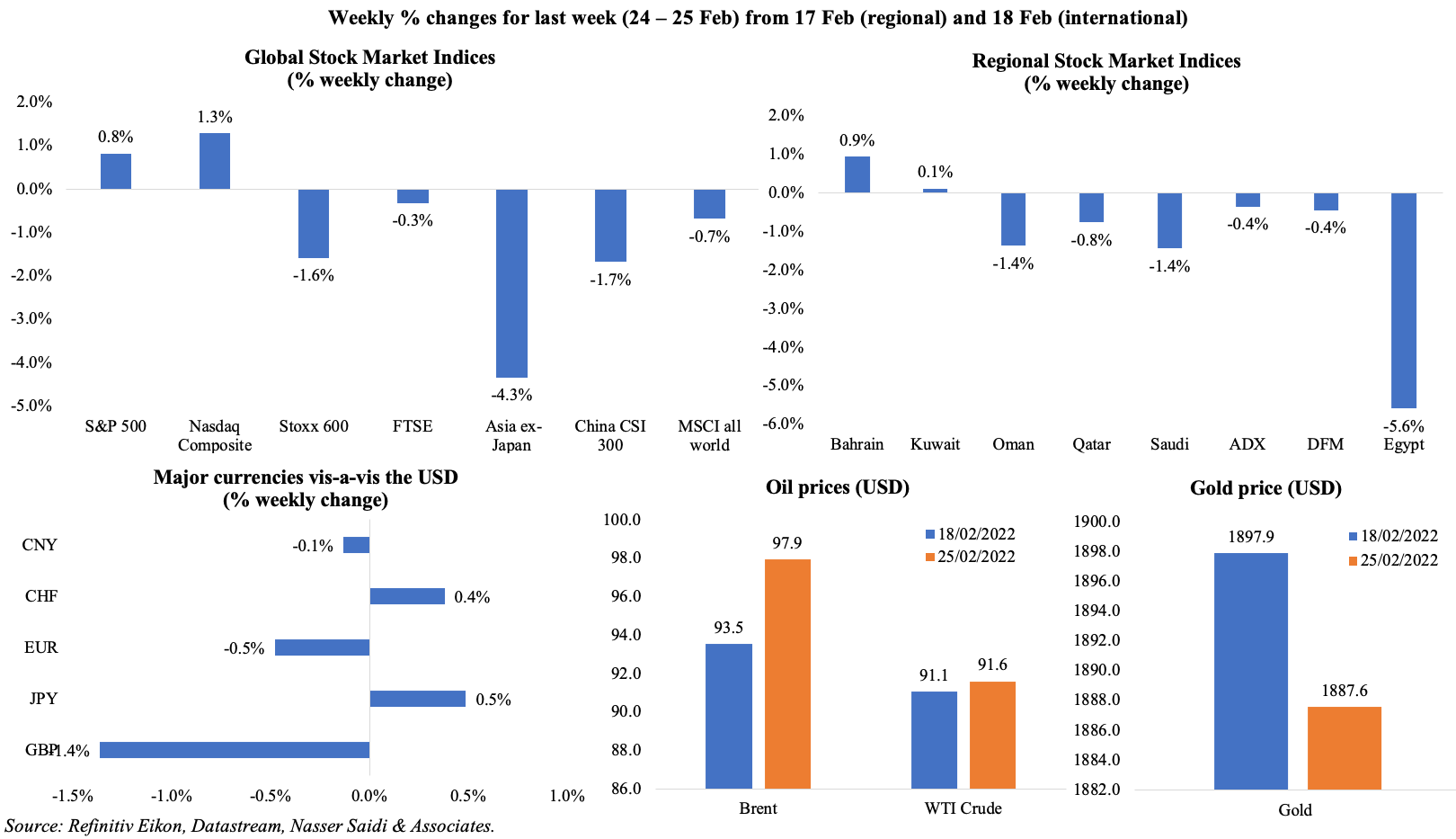 Bottomline: Concerns about inflation rise as both energy prices and grain prices surge to multi-year highs and supply disruptions can be expected to linger. While release of oil from global strategic reserves is being planned, it seems unlikely that the OPEC+ will provide additional oil when it meets this week. Central banks are likely to continue tightening plans given inflationary pressures. Meanwhile, the Russian central bank doubled interest rates to 20% earlier today after the sanctions led to a plunge in the rouble (-29% to almost 118 vis-à-vis the dollar in early trading).

Oil’s journey from worthless in the pandemic to $100 a barrel: Reuters

If the supply of Russian gas to Europe were cut off, could LNG plug the gap?