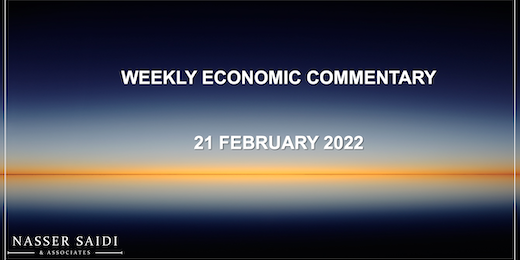 Update as of 8am, 22 Feb 2022: Asian equity markets slipped in early morning trade (Nikkei is down almost 2%, Topix around 1.7% and Kospi about 1.4%) with the escalation in Ukraine-Russia tensions. Other markets are likely to mirror this drop when open. The risk of war has driven up oil prices to above USD 95 a barrel.

Global equity markets were mixed last week with US stocks in the red for the second consecutive week while European and Asian markets performed relatively better; MSCI’s all world index slipped from a week before. The Vix volatility index remained above its long-term average last week, surging towards 30. In China, regulatory moves (like warning against using the metaverse for illegal fund-raising and guidelines to online food delivery platforms to reduce service fees) led to a decline in tech stocks while its real-estate developers gained thanks to an easing of home-purchase down-payments. Oil prices above USD 90 supported markets in the Middle East with Bahrain benefiting from news of the removal of Covid19 related restrictions; earlier in the week, Abu Dhabi’s index hit a record high and Saudi was at a 16-year high. Among currencies, it seems likely that the safe haven currencies USD, JPY and CHF will find support. The ongoing geopolitical situation in Ukraine kept oil prices high (rising to the highest level since 2014 last week, though closing lower versus a week ago) and gold price was supported by the metal’s safe haven status. 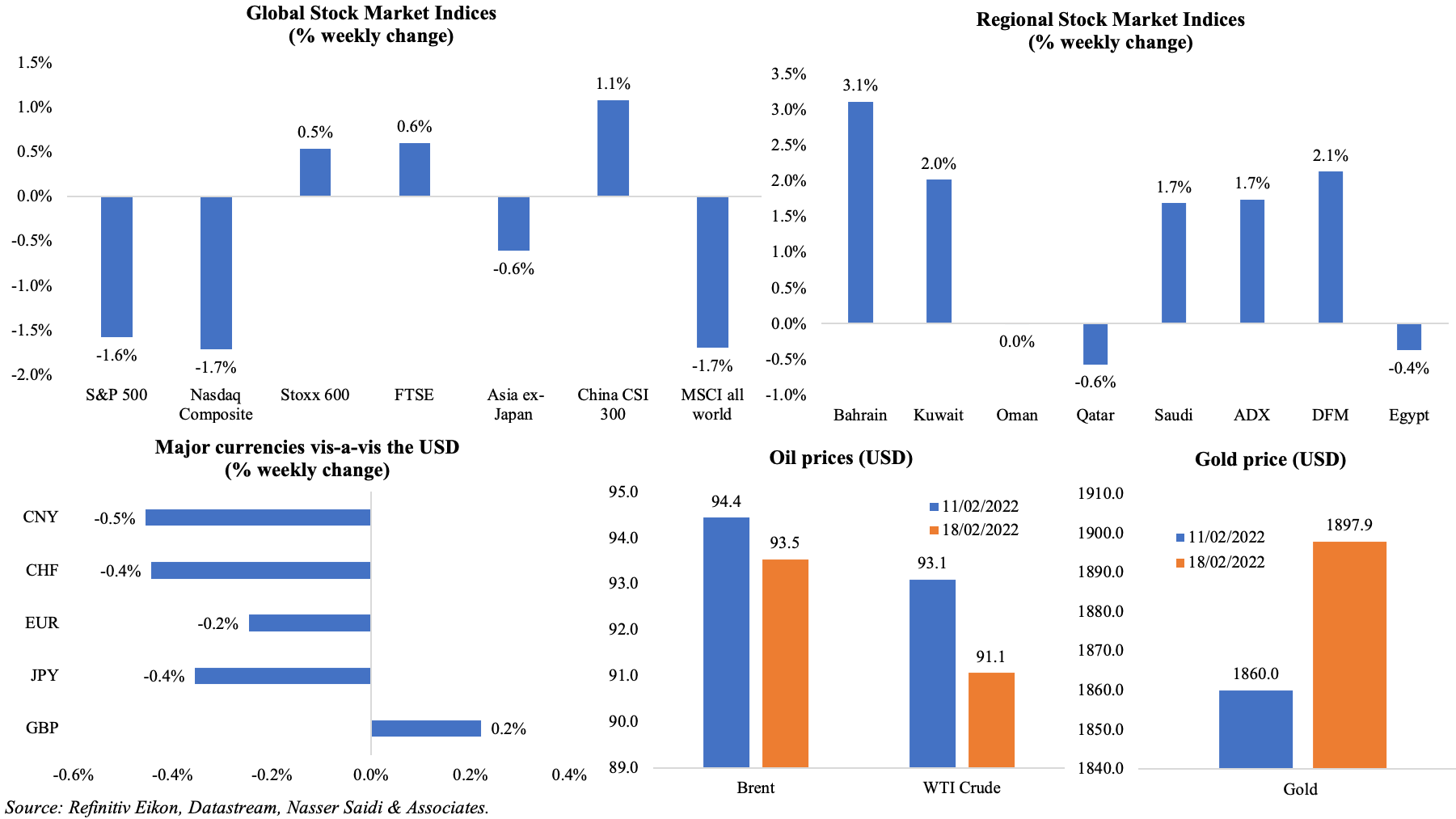 Bottomline: While tensions over Ukraine are still bubbling away, this week’s flash PMIs will give an insight into economic performance after the easing of Covid related restrictions (after Omicron) – while PMIs in Europe may be higher vs Jan, it is our view that labour shortages and inflationary pressures are likely to be reflected across nations.  UNCTAD’s latest trade update showed a 25% increase in global trade to a record high USD 28.5trn in 2021, thanks to strong domestic demand recovery, and trade in services also ticked up to just above pre-pandemic levels. But, so long as countries like China and Hong Kong follow the zero-Covid policy, supply chain pressures are unlikely to fade away fully. Also watch out for the Reserve Bank of New Zealand’s policy meeting this week – the bank is most likely to hike rates for the 3rd time.

Green investing: the risk of a new mis-selling scandal

Supergrids in MENA: Taking renewable energy to the world