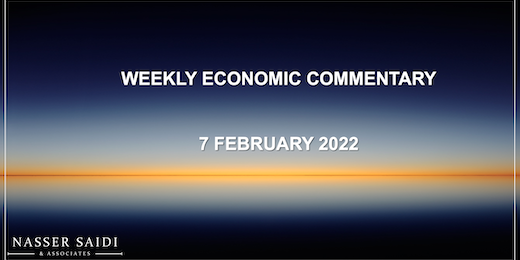 Markets were mixed last week. US markets saw heavy selling after Meta’s earnings report (Meta witnessed the biggest-ever one day crash, losing USD 230bn of market value on Thursday) but regained ground with Amazon’s strong results, thereby posting the biggest weekly gains this year. Stoxx600 lost ground, while FTSE gained from energy stocks’ support. Among regional markets, most Gulf markets ended in the red due to weaker oil prices; UAE markets (that were open on Fri) tipped slightly higher on Fri, but still ended the week lower versus the prior week. Among currencies, the euro surged last week given the ECB’s hawkish shift. Oil prices increased for a 7th consecutive week, rising to new 7-year highs on Friday, while gold gained by 0.9% (though slipping slightly towards end of the week given the dollar’s performance). 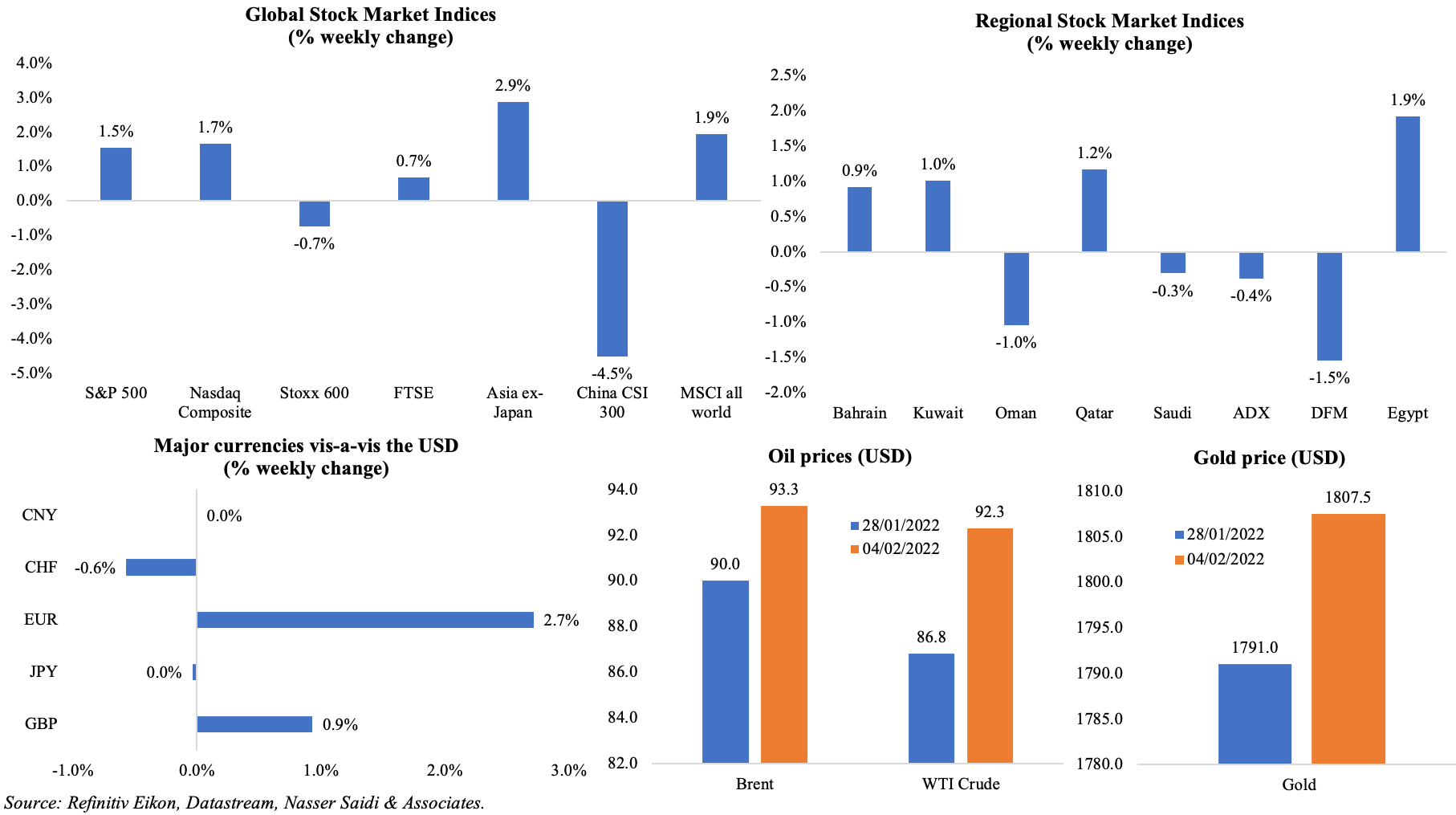 Bottomline: The OPEC+ meeting saw delegates agree to raising oil production target by 400k bpd for Mar, but the group stayed clear of the geopolitical issues (partially the reason for the hike in prices). Meanwhile, the JP Morgan Global Manufacturing PMI slowed to a 15-month low of 53.2 in Jan 2022, with substantial supply chain delays amid employment rising for the 15th consecutive month. With inflation ticking up in many parts of the world, major central banks are turning hawkish alongside some positive macro data (signaling recovering demand). Anyhow for now, monetary policy divergence is evident between say the US on one end of the spectrum and China on the other end.

The End of Free Lunch Economics