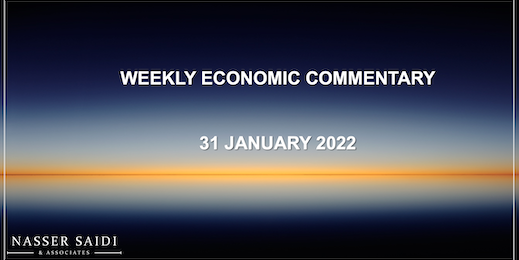 Most markets ended in the red after a volatile week dominated by the Fed’s announced tightening stance and Russia-Ukraine concerns amid strong corporate earnings; S&P recovered on Friday, reversing 3 weeks of losses, after Apple’s upbeat earnings report; Nasdaq posted a marginal gain. Europe’s Stoxx, MSCI Asia ex-Japan and MSCI all-world index fell sharply while the CSI 300 dropped to its lowest in nearly 16 months ahead of the Lunar New Year holidays. Regional markets were mostly down last week. Property stocks supported Dubai’s recovery from its biggest fall in over a month after the missile attack on the UAE last week while telecoms helped Abu Dhabi post gains. The dollar posted its biggest weekly rise in 7 months while the GBP rose close to a two-year high versus the euro (ahead of the BoE meeting this week and expected hiking of rates). Oil prices rose to a 7-year high on rising geopolitical concerns (and ahead of the OPEC+ meeting on Feb 2nd) while gold price fell by 2.3% on dollar strength. 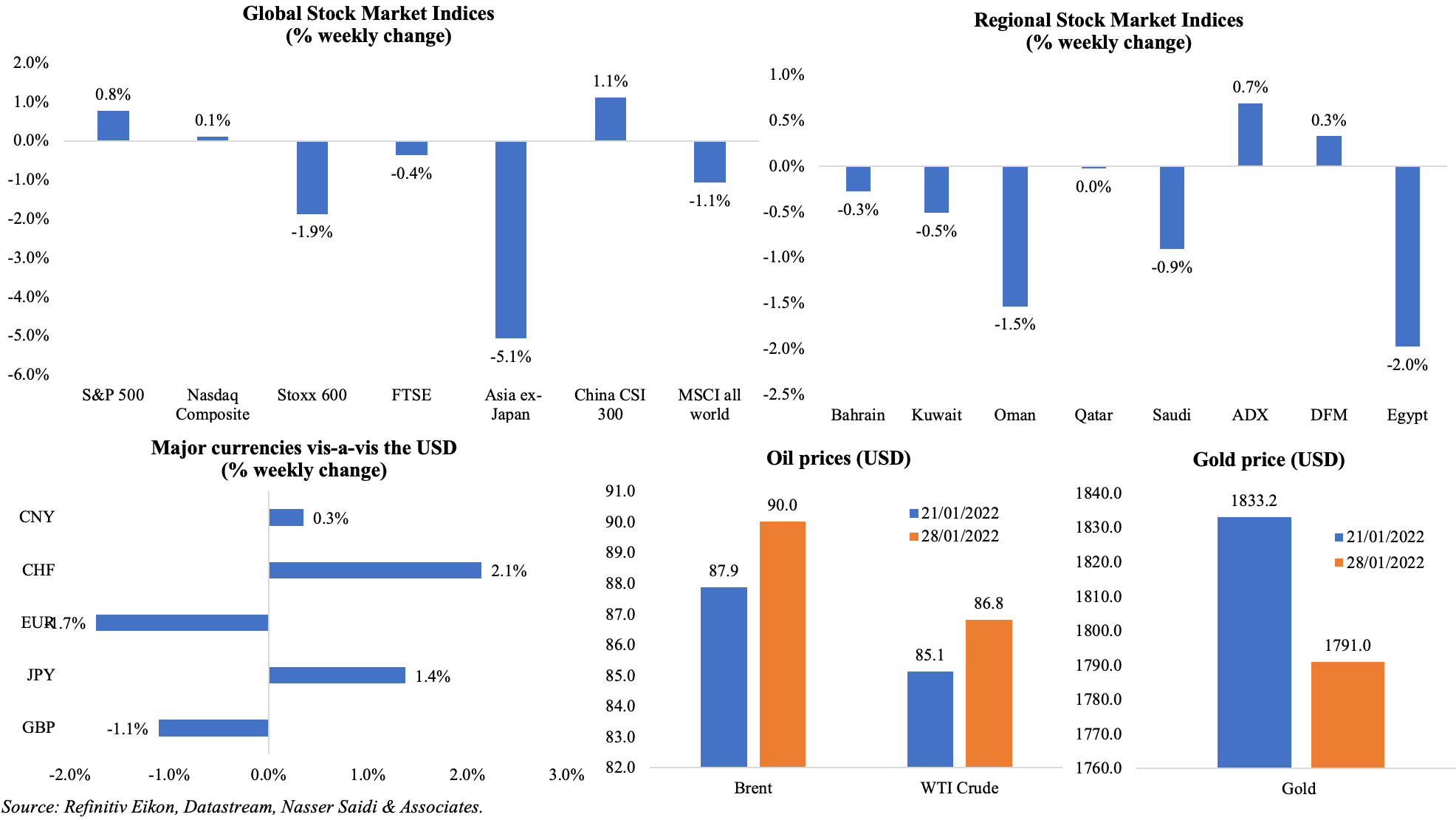 Bottomline: The IMF, in its latest World Economic Outlook (WEO) report, forecast global growth this year to moderate to 4.4% this year, from 5.9% in 2021. Preliminary PMIs show that the recent surge in Covid19 cases and restrictions seem to have affected the services sector more than manufacturing. Fewer supply shortages and easing shipping delays seem to have improved perception of manufacturers while inflation looks on track for further increases. It is in this backdrop that multiple central banks meet this week: after the Fed’s hawkish stance last week, the Bank of England is expected to hike rates while the ECB is likely to keep rates unchanged (with comments suggesting that inflation will slow to below the 2% target this year). The OPEC+ also meets this week and is likely to stick to the planned production hike. The recent price rally resulting from geopolitical worries is likely to be short-lived (unless it escalates).