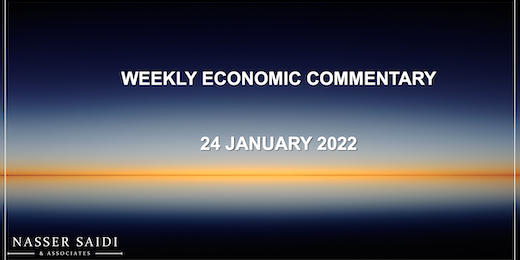 Most equity markets closed in the red ahead of the Fed’s meeting this week: a few weak corporate earnings results (e.g. Netflix) sent stocks tumbling in the US while China benefitted from its central bank’s diverging monetary policy vis-à-vis the Fed. Among regional markets, Saudi was at a 15-year high (as of Thursday) while despite the drone attacks last Monday, the ADX and DFM closed on a positive note. Both the euro and the pound slipped vis-à-vis the dollar while safe-haven currencies are expected to gain as risks increase. Oil prices touched seven-year highs during the week, but fell afterwards; geopolitical risks supported the rise in gold price; Bitcoin fell to a 6-month low after investors moved out of more speculative assets. 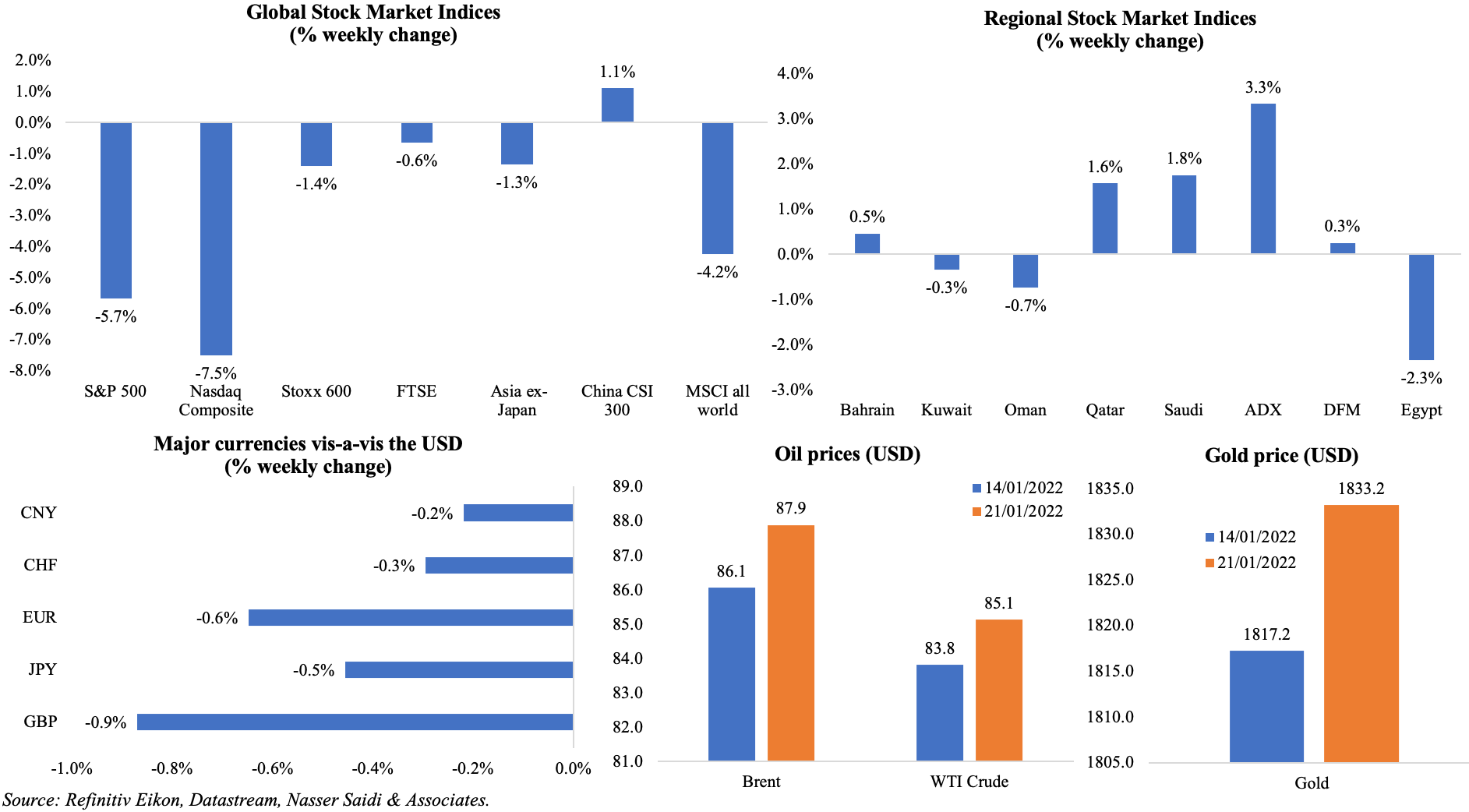 Bottomline: All eyes are on the Fed meeting this week to see if a rate hike is signaled for March (markets have currently priced in a hike in March, followed by another 3 hikes this year). This week also sees earnings results from big tech and financial names (like Blackstone, Apple, Tesla, Microsoft etc), updated IMF forecasts for global economic growth (Jan 25th) as well as the preliminary PMI readings for Jan. With Omicron numbers hitting new records across many European nations, it is highly likely that PMI readings will show a drop (even though restrictions were not as severe as before). PMIs should also provide an insight into supply chain delays and surges in input/ output prices. Meanwhile geopolitical risks are rising with a potential Russia-Ukraine war and escalation in the conflict in Yemen (attacks on the UAE and Saudi).