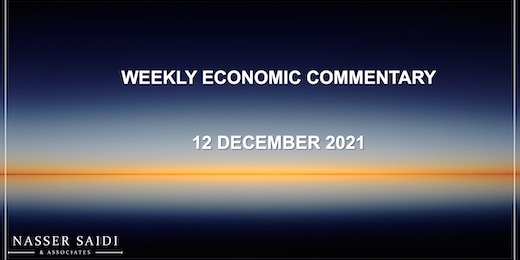 Equity markets are back up: S&P and the MSCI all country index posted their strongest weekly gain since Feb. Europe’s Stoxx was down by 0.3% on Friday on concerns about restrictions following the spread of the Omicron variant (not surprising given the 50k+ new daily cases in France, Germany and the UK), but the index still posted a weekly gain of 2.8%. Regional markets were mostly up with the UAE markets gaining the most given announcements of change in weekend to Sat-Sun as well as the recent IPO push. The yuan slipped off a 3.5-year high vis-à-vis the dollar after PBoC’s efforts to slow its rapid appreciation. Oil prices posted the biggest gain since late Aug as the Omicron variant concerns eased. Gold prices were down by 0.1%. 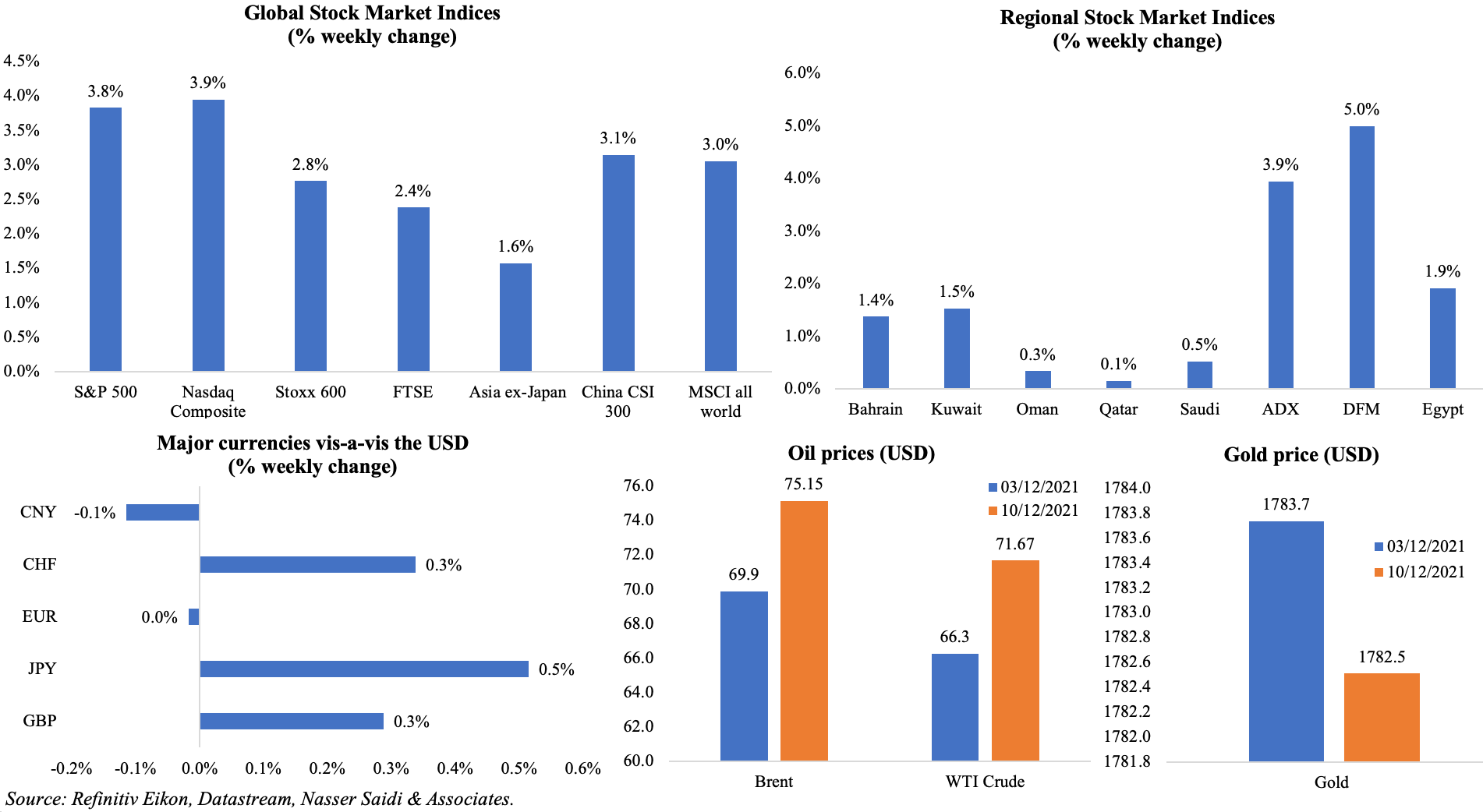 Bottomline: Soon after the multi-year high inflation numbers come the back-to back central bank meetings – the Fed will start off followed by the Bank of England and the ECB, with Bank of Japan meeting on Friday. While the Fed is likely to be more hawkish, and the ECB on course to end the PEPP, rate hike decisions at the BoE and BoJ might be delayed to better understand the impact of the Omicron variant (travel curbs and other restrictions across Europe might dent demand into the holiday season, with the UK’s latest GDP numbers already show a sharp slowing down). Supply chain problems and rising costs are likely to continue into the New Year, especially if China continues to follow a zero-Covid policy. Any further lockdowns/ restrictions in China will affect production and spillover into the rest of the world leading to slowdowns – the only difference is that countries have learned to adapt.

Green Growth at the End of the Flat World