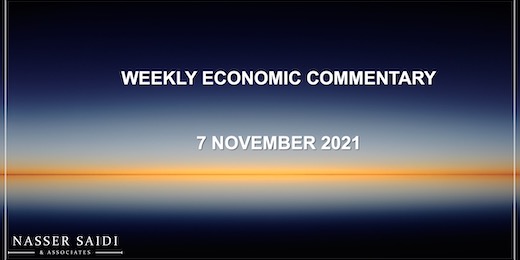 US markets jumped to a record high, boosted by strong jobs growth and falling unemployment while Pfizer’s Covid19 pill update supported sentiment; the latter supported Europe’s gains, led by travel stocks, while dovish moves by the Fed, BoE and ECB’s comments supported overall sentiment; MSCI’s all world index gained 1.6%. In the region, Abu Dhabi and Dubai indices gained on the launch of market-boosting initiatives; Dubai posted its biggest weekly rise in about 6 years. The dollar index increased to its highest level in more than a year on Fri before retreating, while the pound had the worst week since Aug (falling by more than 1%) given the Bank of England’s surprise decision not to hike rates. Though crude prices increased on Fri given supply concerns (after OPEC+ stuck to their earlier plan raise output by 400k barrels per day from Dec), prices fell for the second straight week. Gold price ticked up by close to 2% from a week ago given the dovish rhetoric from major central banks. 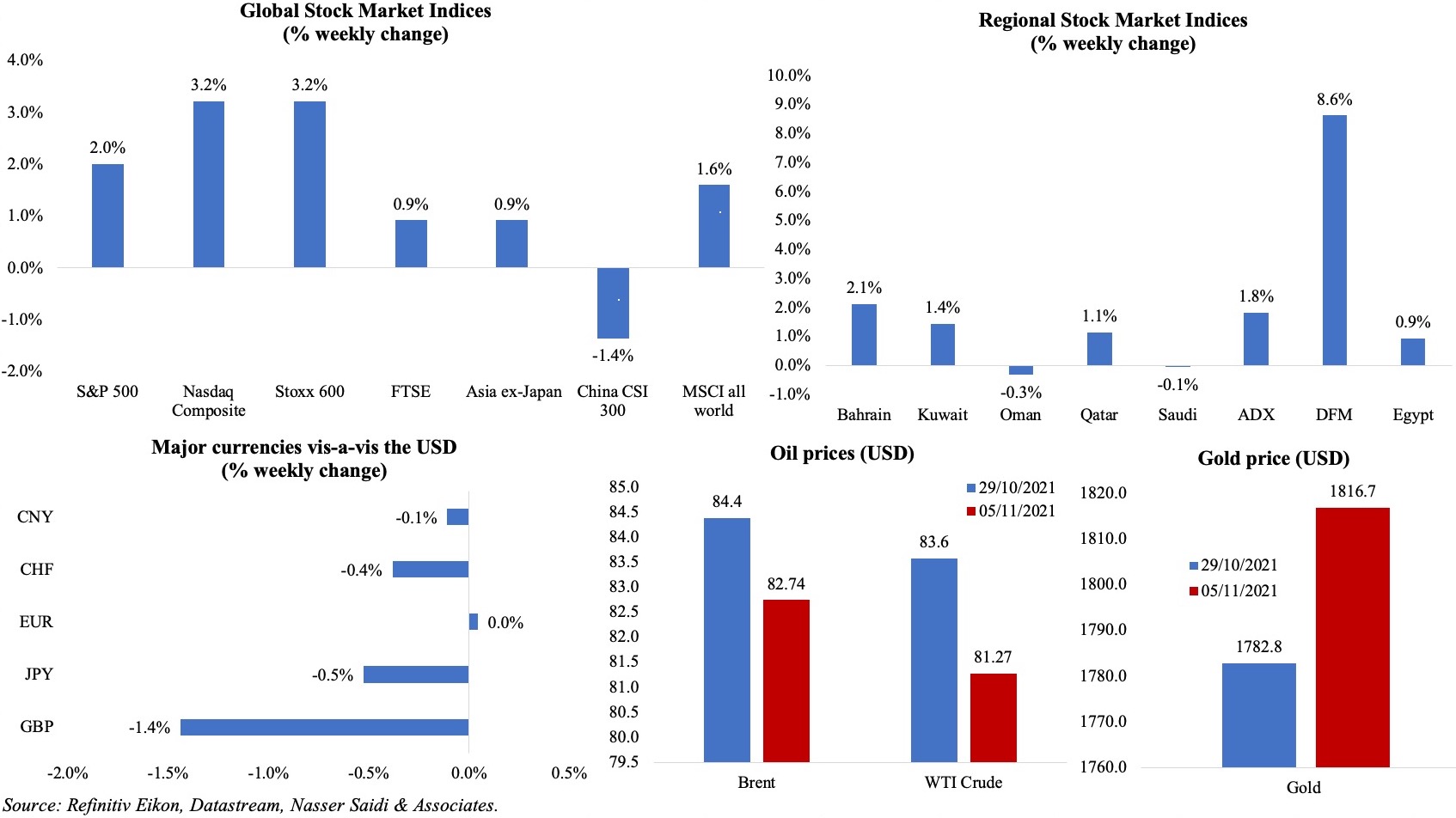 Bottomline: Global manufacturing PMI edged up to 54.3 in Oct (Sep: 54.1), thanks to a building of stock holdings and faster jobs growth – which offset slower increases in both output and new orders (given input shortages, supply chain issues and rising cost inflation). Meanwhile, the increase in wheat prices to the highest level in 9 years points towards an uptick in food inflation going forward.

Fed, ECB, and BOE hop aboard the “transitory” inflation express

Dr. Nasser Saidi’s comments on the ban on Lebanese imports by some GCC nations: CNN Arabia