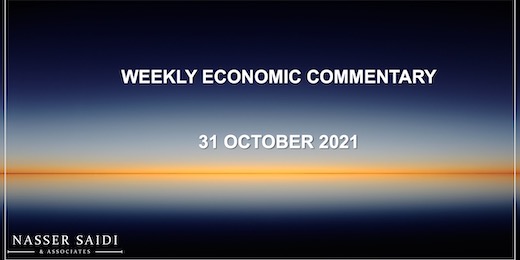 A few weaker than expected corporate earnings reports (Apple, Amazon) saw some losses in US equity markets, though both S&P 500 and Nasdaq ended the week higher. European equity markets had to deal with an uptick in economic recovery alongside inflation rate at a 13-year high, with the ECB stressing that an interest rate hike will not immediately follow exit from the pandemic emergency purchase programme (PEEP). Regional markets were mostly up, supported by strong corporate earnings and high oil prices. The dollar had a good week while the euro fell against the dollar, the pound and the Swiss franc. Oil prices ended the week slightly down compared to the week before, after touching multi-year highs on Monday. Gold prices fell last week, given the stronger dollar and rising inflation numbers. 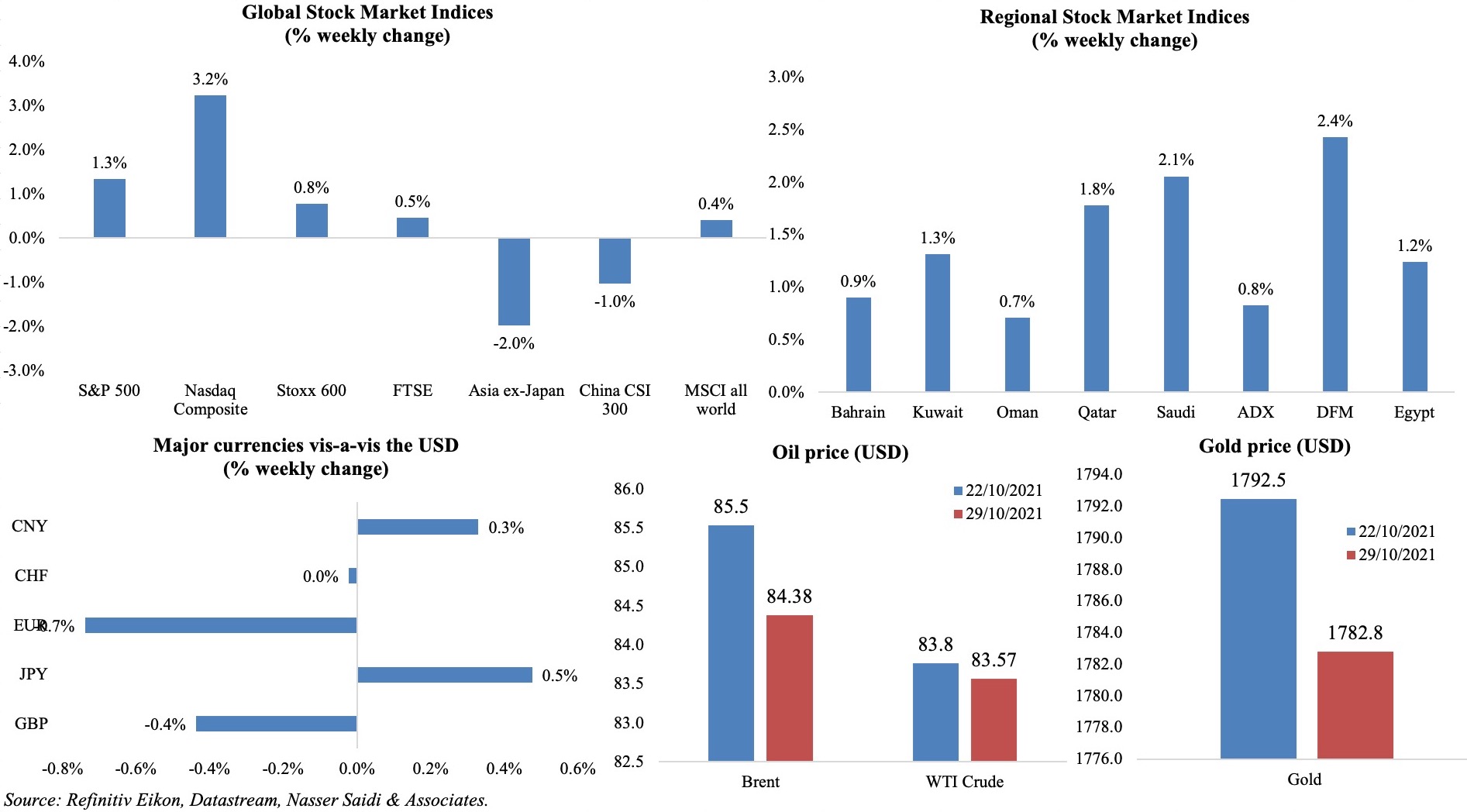 Bottomline: With inflation on the rise, it is no surprise that central banks are turning more hawkish: the Bank of Canada last week ended its bond buying, surprising markets. This week sees central bank meetings of (a) the Reserve Bank of Australia last week made no offer to buy the 2024 yield target bond, causing markets to price in a rake hike as early as Apr 2022); (b) the Fed is expected to begin tapering its pandemic-era bond purchases; and (c) the Bank of England’s recent hawkish comments indicate a likely rate hike this week. The OPEC+ also meets this week, but though other nations are pressuring for a boost in output, it seems likely that the OPEC+ will hold its previously decided course. Lastly, it is increasingly likely that the G20 will endorse OECD’s plan to impose a global minimum corporate tax of 15%, with the rules coming into effect from 2023.

Economics of the climate