Most markets ended the week on a positive note even though the weak payrolls number released on Friday flustered US equity markets slightly; in Europe, the Stoxx 600 ticked up by 1% last week, recording the best week in 2 months; in Asia, markets were all up including China which opened after a week-long break, taking solace from a strong services PMI reading. In the region, most markets mirrored their global counterparts, with the Saudi Tadawul rising above 11,550 points for the first time since Jan 2008 though Dubai was dragged down by banking stocks. The yen gained vis-à-vis the greenback and the pound closed with a 0.5% rise. Oil price rose by 4%+ last week, also touching their highest level since 2014, while gold prices closed 0.2% lower. 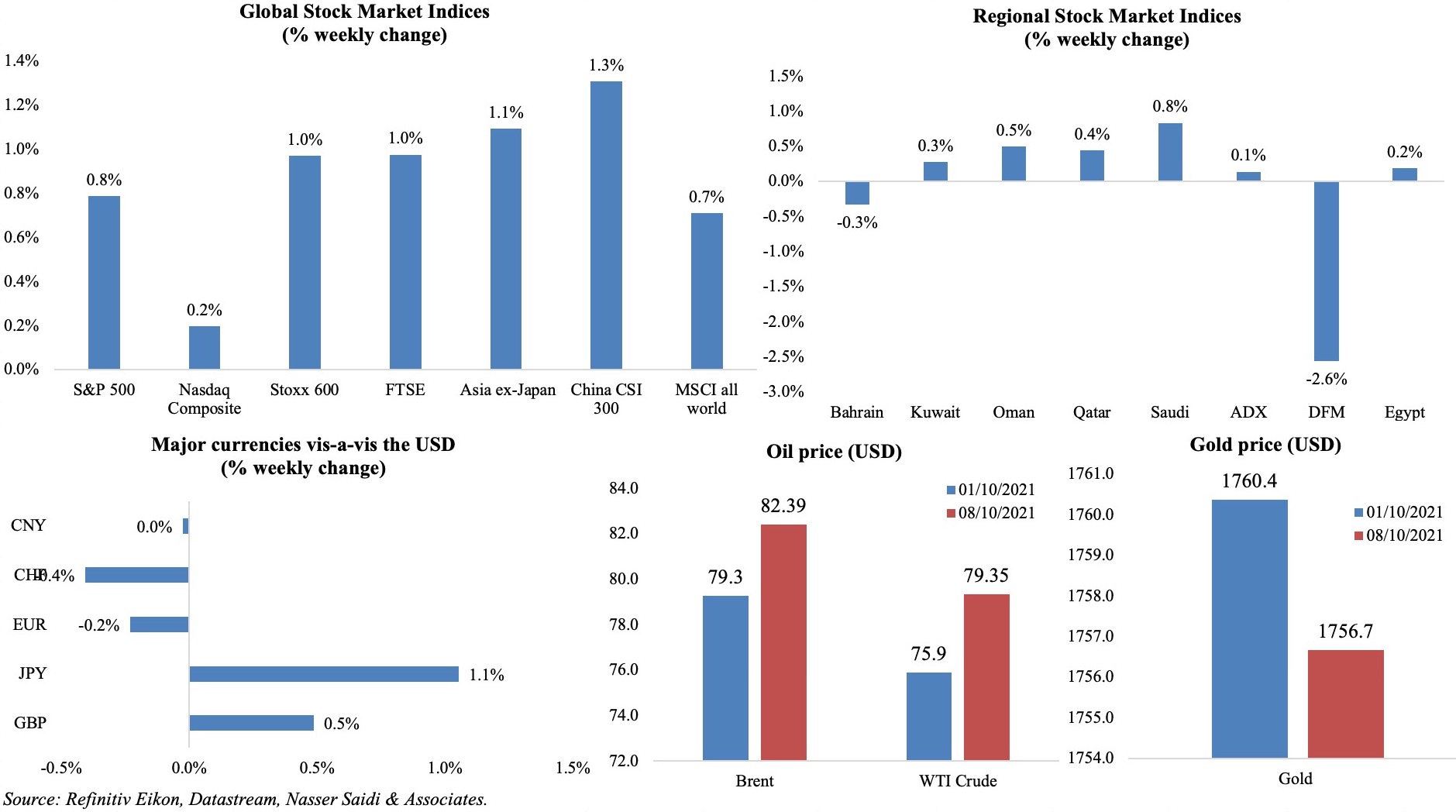 Bottomline: The IMF expects global economy to recover at a slower pace than the 6% forecast in Jul, citing the “Great Vaccination Divide” as the main obstacle (more detailed forecasts will be published this week). Meanwhile, inflation continues to be a concern, with the FAO’s world food price index rising to a 10-year peak in Sep (+32.8% yoy and 2% mom). The OPEC+ decision to raise output by 400k barrels a day in Nov, and the gas to oil switching (given the shortage) has resulted in an oil price surge that adds on to the inflationary pressure. Last week also saw updated forecasts related to trade and travel (airlines). The WTO expects global trade to recover by 10.8% this year (up from the 8% predicted in Mar) and then by 4.7% next year; though shortages and supply chain constraints exist, the WTO does not expect it to have large impacts at the aggregate level. Travel is expected to see only a gradual recovery, with IATA expecting passenger numbers to rise to 2.3bn and 3.4% in 2021 and 2022 respectively – much lower than the 4.5bn registered in 2019.