A turbulent week for global markets, as it digested the hawkish signals from major central banks while keeping a close eye as the Evergrande crisis unfurled (more in Media Review section). Asian markets were further affected by China’s announcement of a crackdown on cryptocurrencies – Asia ex-Japan ended the week down by 1.3% and Hong Kong’s index by almost 3%. Regional markets were mixed with Bahrain and Egypt the best and worst performers in the week. Among currencies, the euro and pound were down while the Japanese yen weakened. Oil prices increased to the highest in almost 3 years while gold slide to a 6-week low. 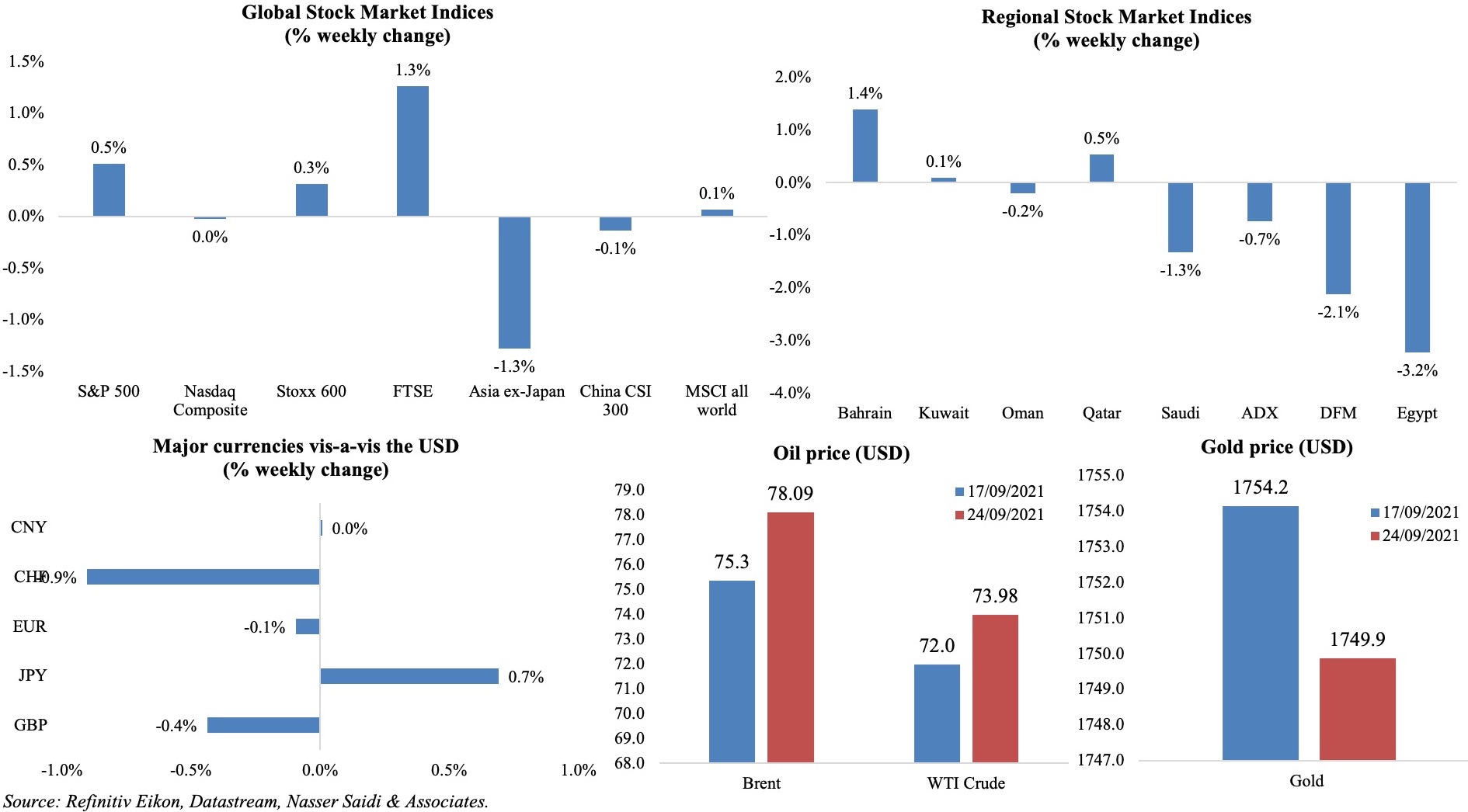 Bottomline: All eyes are on the German elections this Sunday, as most recent sentiment indicators suggest a loss of momentum due to supply chain bottlenecks. Furthermore, the preliminary PMI estimates for Europe and the US continue to highlight supply bottlenecks and rising input costs. Meanwhile, with major central banks churning out hawkish statements, global equity funds saw their first outflows in 2021 (BofA estimates). Last, but not the least, focus is also on Evergrande crisis to see if its “damage” could potentially reverberate through the rest of the world (a la Lehman and the sub-prime crisis).