Renewed concerns over inflation dampened investor sentiment in the US, resulting in stocks posting their worst week in almost 3 months. In Europe, stock markets also ended in the red after ECB signaled a slowdown in bond purchases – Stoxx600 was down by 1.2% (steepest slide since mid-Aug). A call between Joe Biden and Xi Jinping eased tensions after trade negotiations remained unsuccessful; this helped China’s shares to rise (+3.5% in the week) and also lifted the overall MSCI World Index though the latter ended the week a tad lower. Among regional markets, 2 markets stood out: Tadawul closed at its highest level since Jan 2008 on Tuesday while Abu Dhabi closed at an all-time high on Thursday. The GBP fell after data showed a slowdown in recovery while the euro dropped by 0.6%. Oil prices ticked up on supply concerns, after production delays continued following Hurricane Ida while gold price ended lower (given uncertainties around Fed’s taper timeline). 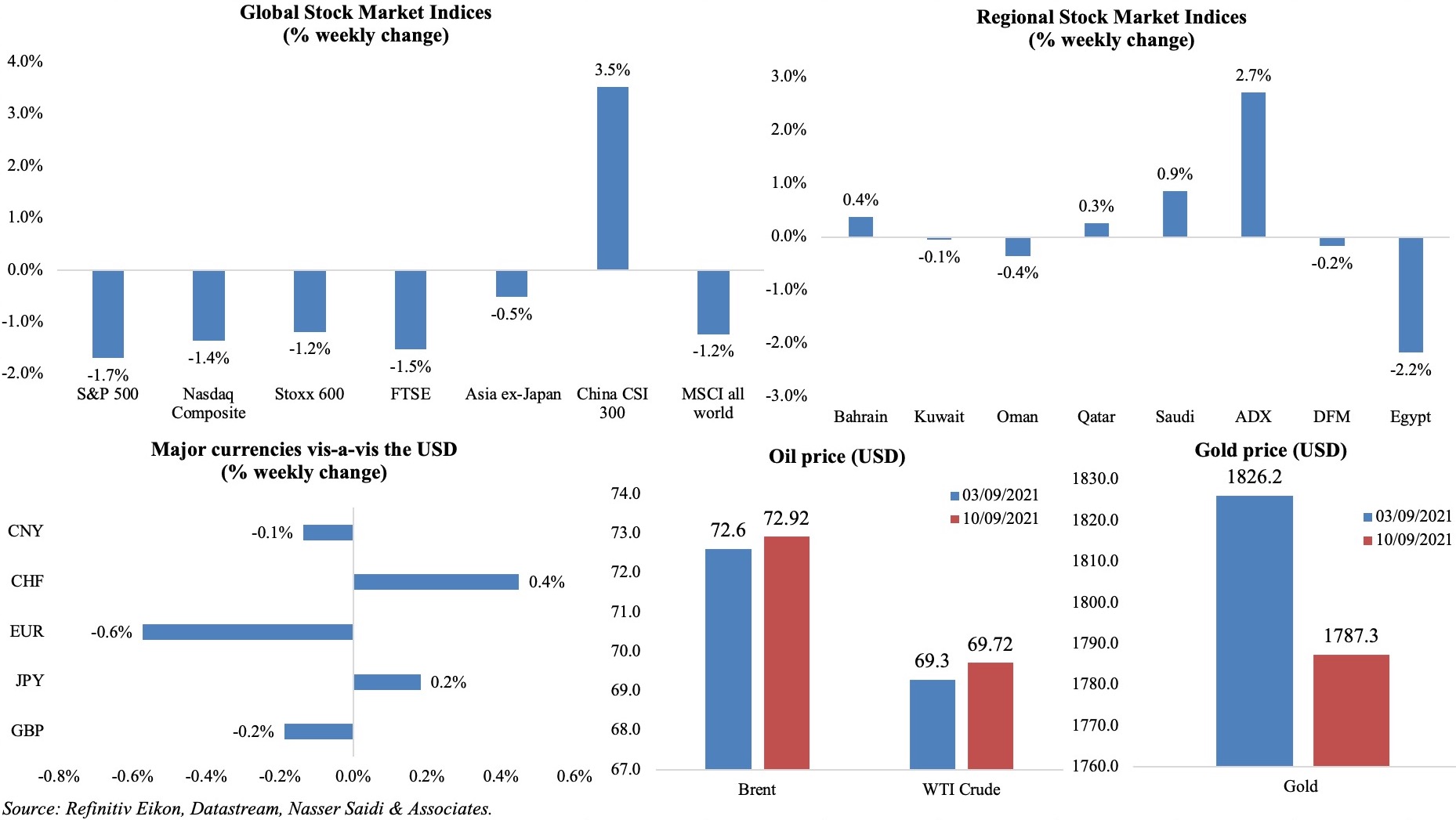 Bottomline: With Covid19 cases on the rise in the US (in unvaccinated pockets), the pace of economic recovery is coming increasingly under scrutiny. In the UK as well, the BoE governor warned that the economic bounce back was slowing. Inflationary pressures (from supply constraints to skills shortages and wage increases) continue to add uncertainty as to the timing of major central banks’ tapering measures. This week’s global data releases including inflation, consumer sentiment index and jobs (among others) will add flavour to the discussions (ahead of the BoE meeting next week).

Why nations that fail women fail

From Afghanistan to the World Cup, Tiny, Wealthy Qatar Steps Up

This SDR Allocation Must Be Different